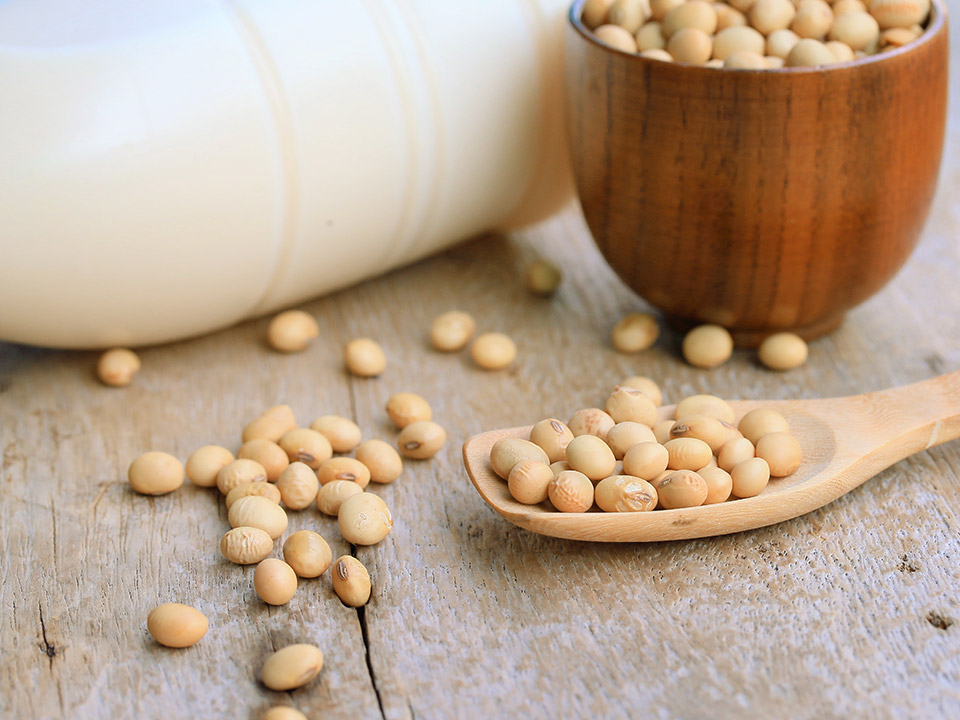 Phytoestrogens are compounds that occur in certain plants naturally. They are similar in chemical structure to estrogen, the main female hormone responsible for regulating the menstrual cycle among other functions. Phytoestrogens are present in our diets in foods such as lignins (in linseed, grains, and vegetables such as spinach), coumestans (in clover sprouts, sprouted legumes such as mung beans, and soy) and isoflavones (in soy, legumes like chicken peas, lentils, alfalfa, and red kidney beans). They are also present in many dietary supplements and are often used as a natural alternative to pharmaceutical estrogen replacement therapy ERT. Below are 6 interesting facts about phytoestrogens you ought to know.

1. They Can Help Fight Hair Loss

Over the years, these plant-derived xenoestrogens have become even more popular due to their numerous benefits in the skincare and cosmetic industry. Most of them are extracted in high concentrations from certain herbs such as Pueraria Mirifica, which is said to contain more than 17 different phytoestrogens in total. Due to its rich phytoestrogen content, Pueraria Mirifica can help promote healthy hair growth as it supports heart health, boosts hormone balance, promotes blood circulation, and nourishes the hair follicles as well as the scalp. It may not be known to many, but these plant-based natural chemicals could be the solution to your hair woes.

2. They’re for Your Skin

Red clover, which is a good source of isoflavones and other phytoestrogen compounds, for instance, has been shown to boost collagen production in the skin, making it firmer and hydrated. This, therefore, could be used to rejuvenate the skin and get rid of issues such as wrinkles, fine lines, and reduced elasticity.

Incidents of menopausal symptoms are higher in Western countries (70.80%) compared to the Asian countries (10.20%). This has led to the belief that the differentiating factor is the high consumption of foods rich in phytoestrogens, mainly soy. Various studies have shown that consuming phytoestrogen-rich diets or supplements gives relief from perimenopausal symptoms like night sweats and hot flashes that interfere and diminish the quality of women’s lives. While they lack adequate clinical trial data to completely back these findings, it has not discouraged dietary supplements from being popular among women in their quest to find a natural hormone replacement therapy.

5. May Prevent of Osteoporosis

As the human body ages, our bones lose their natural density, making them more brittle, thus increasing the risk of fractures. Estrogens help maintain bone density, and it is also believed that phytoestrogens do that as well because they share a similar compound structure. Many studies to verify this claim have provided mixed results, but one of them concluded that high consumption of soy helped postmenopausal women improve their lumbar and/or femoral spine density compared to those who didn’t consume soy. The mixed results can be attributed to the fact that different people have different abilities to bioconvert daidzein into equol as approximately one third to a half of the human population is believed to be capable of doing so.

This is the most popular belief about the benefits of phytoestrogens and it was further given credibility when the FDA gave its backing in 1999. However, in 2007, it announced that it would do a reevaluation on its stand due to mounting evidence that the claim did not have sufficient scientific evidence. Recent studies have shown that due to the numerous risk factors for cardiovascular diseases such as obesity and high blood pressure, the removal of isoflavones, except the soy protein, did not eliminate the impact of Low-Density Lipoproteins (bad cholesterol). Nonetheless, the fact that phytoestrogens promote heart and vascular health cannot be ruled out.

In a nutshell, the benefits of phytoestrogens on the human body are endless. Even though the research is still ongoing to evaluate the extent of their benefits, these natural estrogen-like plant compounds have made a huge impact on the skincare and health industry. With the above few facts, you have no reason not to include them in your supplementation or skincare, of course with a green light from your doctor or derma.

The Main Reasons Why Spirituality Is Important

How to Get the Most Out of Your Next Vacation

Have a Fire Damaged Property? Here’s What You Can Do