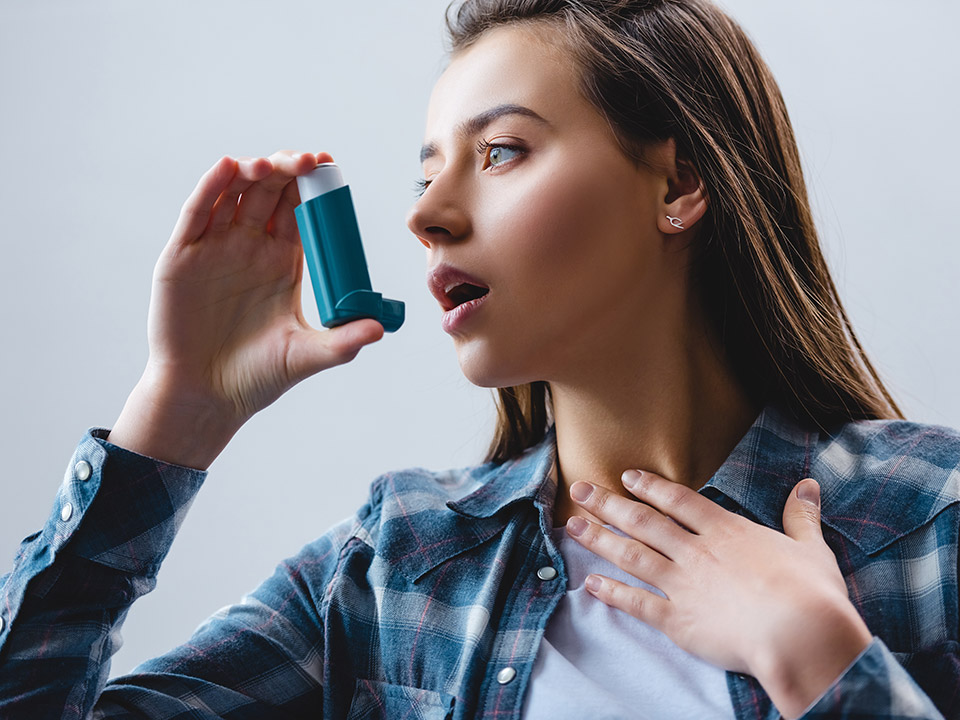 Asthma can be considered as a chronic respiratory disease in which breathing becomes difficult because of the inflammation in the airways. Apart from the difficulty in breathing, some of the most common symptoms of asthma are coughing, wheezing, and feeling tightness in the chest. Medical professionals often rank the severity of this condition depending on the symptoms. Some may experience only mild intermittent asthma, while others may experience severe persistent asthma. Asthma can affect children and adults alike, who need to consult with a pulmonologist or an asthma expert. This is for them to undergo a series of tests that will help determine how their condition can be treated.

Chronic bronchitis is a form of Chronic Obstructive Pulmonary Disease, or COPD, which is emphasized by excessive coughing particularly in the morning. With chronic bronchitis, the air tubes in the lungs get irritated and inflamed, causing a person to cough for a long period of time. According to the experts behind Bronchitisremedy.com, the cause of irritation or inflammation can both be attributed to both viral and bacterial factors as written on one of their articles. The symptoms of viral bronchitis are not as severe as that of bacterial bronchitis, but in both cases, it is best to seek the advice of a medical professional. In addition to this, it is also important to steer clear of smoking and avoiding places where you are susceptible to second-hand smoke. This is because statistics show that smoking, or being exposed to secondhand smoke, is the leading cause of chronic bronchitis.

Emphysema is another form of COPD, but it is considered more serious compared to chronic bronchitis. It is a long-term disease that can prove to be fatal. It is a condition wherein the fragile tissues between the air sacs are damaged, causing air to be trapped in these damaged pockets of tissue. As a result, the lungs slowly become larger, which leads to difficulty in breathing. Again, smoking and secondhand smoke are known as the major cause of emphysema and there are studies that show that smokers are six times more likely to develop this respiratory illness. Nevertheless, there are several treatment options for those suffering from emphysema and these include bronchodilators, steroids, and mucolytic. People with emphysema can also undergo protein or oxygen treatments.

Pneumonia is usually caused by a bacteria that infects the alveoli or the air sacs in the lungs. It can range anywhere from being mild to severe, with the latter requiring you to be admitted to a hospital facility. Babies and very young children, as well as the elderly, are the most susceptible to this respiratory illness, with the symptoms greatly varying, depending on its cause. Bacteria and fungi can lead to pneumonia, but flu and cold viruses are considered as some of the top causes of this disease. Your doctor usually designs your treatment based on your symptoms. For instance, if you are suffering from bacterial pneumonia, you will be treated with antibiotics. Conversely, if you are suffering from viral pneumonia, antibiotics would be of no use. Instead, your doctor will advise you to get sufficient rest and drink lots of fluids. The only medicine that your doctor will prescribe you is for your fever.

Tuberculosis is a type of bacterial pneumonia that has already progressed. It is contagious and it can spread to other parts of your body if not treated immediately. Since it is caused by bacteria, it is treated with antibiotics, but the overall medication takes a relatively long period of time, lasting anywhere from six months to a year, depending on the severity of the disease. Tuberculosis can either be latent or active, with the former indicating that you have an active immune system because it inhibits the disease from spreading.

To wrap things up, respiratory illnesses are considered as one of the most common types of diseases throughout the globe. While there are already certain vaccines that help you fight the complications brought about by respiratory diseases, it is still important to ensure that you exert the extra effort to keep your immunity up. In the end, you will greatly benefit from it.

Men’s Night Out – How to Maximize Your Chances of Finding...

5 Tips To Advertising Your Company