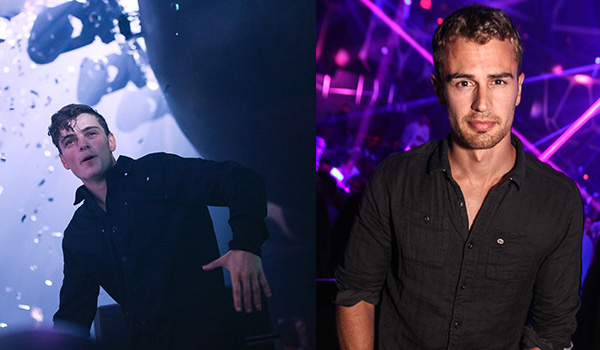 This weekend (Saturday, Sept. 6) “Divergent” star Theo James was spotted enjoying a night out at Hakkasan Nightclub at MGM Grand. In town for a boys weekend getaway, the handsome actor arrived to the nightspot just before midnight and took his place in a VIP booth located on the main stage. In awe of the energy of the main room, the group immediately got the party started as they began dancing to the beats of rising turntable sensation Martin Garrix. Taking a break from his busy filming schedule for the upcoming “Divergent” sequel “Insurgent,” James was seen fully enjoying his night out as he sipped cocktails and mingled with guests as they passed by‎ before making his way out around 3 a.m. Earlier in the evening Hakkasan Las Vegas Restaurant hosted the English heartthrob for a pre-nightclub dinner while he enjoyed the company of a few close friends. Remaining low key in the main dining room, James was seen in high spirits as he sipped on signature ‎Hakka cocktails and savored the Roasted Chilean Seabass with Chinese Honey and Crispy Duck Salad to name a few.