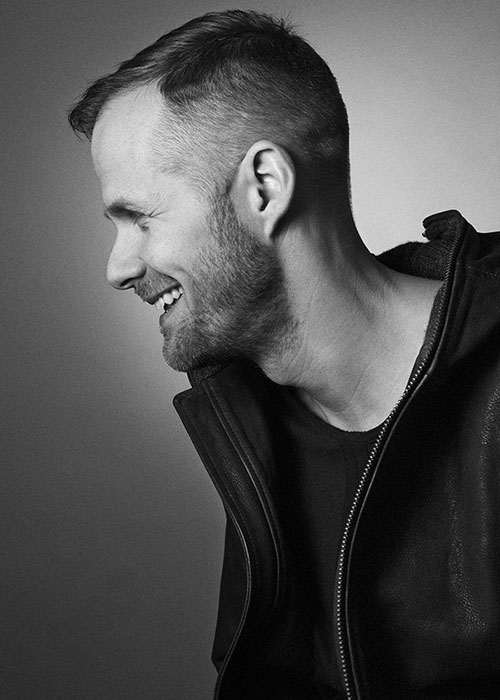 “Ranked as an unparalleled techno mainstay with his fingers consistently on the pulse of the modern talent pool, Beyer’s weird, wonderful and often prolonged sets seldom fail to captivate crowds across the globe. As North America continues to warm to the underground landscape, the road to WMC looks to be an accomplished one for this undisputed Swedish heavyweight.” – Dancing Astronaut

“[Pacha] makes one of its occasional forays into real-deal techno, with Swedish vet Adam Beyer, top beatmaster of the Drumcode label, laying down his steely and hypnotically driving rhythms in an all-night, ten-hour set.” – Time Out New York

Adam Beyer has emerged as a figure head of the hugely prolific Swedish techno scene since releasing his first track back in 1994. After over twenty years, Beyer has now firmly established his position as a globally recognized DJ and producer, and head honcho of his highly acclaimed record label, Drumcode Records and its various sub-labels. Beyer kicked off 2014 with a b2b DJ set with Ida Engberg at Richie Hawtin’s ENTER.Night party, along with the Drumcode Showcase debut at The BPM Festival in Playa del Carmen, Mexico with performances alongside Ida Engberg, Joseph Capriati, Alan Fitzpatrick, and Tom Peters, which is now available on-demand at Be-At.TV. Continuing through Los Angeles, Philadelphia  Miami, Austin, Montreal, Vancouver, Toronto, Washington DC, and Denver, he will continue his North American tour up though March. Be on the look out for news and dates during Miami Music Week 2014.

Unceasingly churning out hit after hit, Beyer’s latest work comes in the form of a gigantic remix of Tiga VS Audion’s “Let’s Go Dancing” for Turbo Recordings, the first thing he’s done for the Canadian label since his ‘Stockholm Mix Sessions CD’ back in 2002. Due out on vinyl January 27 and digitally worldwide on February 10, the energy swells and builds without ever breaking down completely.

Listeners to Beyer’s highly successful Drumcode Radio Show are fully aware of his comprehensive array of gigs he’s been playing across the world, as the show features exclusive live performances, cutting edge studio mixes, artist profiles and previews of exciting material on the label. Drumcode has been at the cutting edge of club music with popular releases over the past year including “Believe” by Nicole Moudaber and Adam Beyer, “Self Portrait” by Joseph Capriati and “The Tetra” by Alan Fitzpatrick. According to Data Transmissions, Beyer has developed an “impressive versatility; while many might still remember him for the uncompromising hard techno from which he built his name throughout the 90s, nowadays he’s equally adept at taking things deep, or even settling into a polished tech house groove if the occasion so calls for it.”

From cost to coast, there’s no doubt that Beyer will shake the dance-floor with a relentless groove that will keep techno aficionados dancing until dawn. Fans can now order official Drumcode merchandise at the online store.

For more information on Adam Beyer: