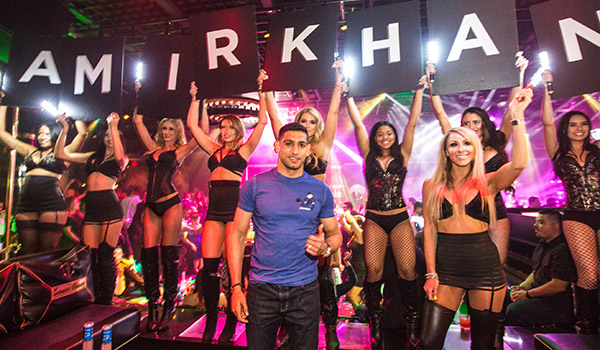 Despite losing to opponent Saul “Canelo” Alvarez in an exciting matchup, Khan was seen in high spirits as he arrived to the nightspot around 1 a.m. The WBC Silver Welterweight Champion looked handsome dressed in a blue shirt, jeans and black sneakers.

Upon arrival, Khan and his group were escorted to a VIP table behind the DJ booth where 1 OAK resident, DJ Gusto, was laying down chart-topping hits for the crowded room. While enjoying time in his booth with his friends, the boxer was surprised by a parade of cocktail waitresses who greeted him with light sticks and giant letters, spelling out his name.

Adding to excitement of the night, American comedian Dave Chappelle joined the athlete and his group where they chatted and spent time together. Khan was seen enjoying his night out, sipping on cocktails and mingling with his group before leaving around 3 a.m. 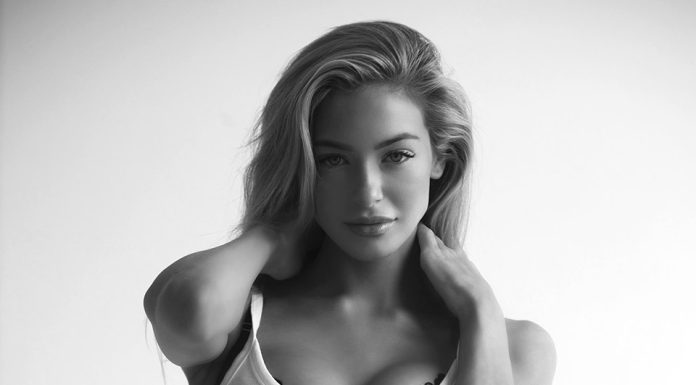