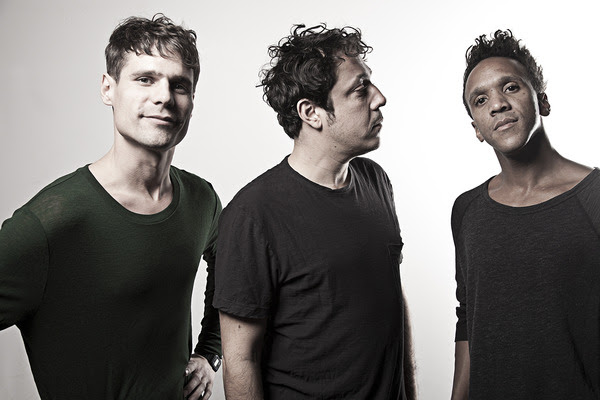 “[Apollonia] is a collective dance music powerhouse that, in many ways, encapsulates the global house music zeitgeist of 2014.” – Miami New Times

As the electronic music industry revs up for Miami Music Week, prepare for the French house trio, known as Apollonia, to make a splash at this year’s dance music celebration. Comprised of Dan Ghenacia, Dyed Soundorom, and Shonky, the trio has built a platform for their shared musical vision through their eponymous label, bringing an unparalleled groove back to the dance-floor since 2011. Known for their spontaneity on the decks, the group presented their mix for Fabric 70 last year, which catapulted them to the top of the global dance scene. The threesome has since gained international recognition playing back2back2back sets at prestigious venues including DC10, Fabric, and Panorama Bar, landing next in Miami. With the dance music world flocking to this seminal annual musical gathering, Apollonia will showcase their talents at two exciting parties – the Lola Ed Takeover and Fathers & Sons Showcase and Richie Hawtin’s ENTER.Miami at MMW 2014.

Leading underground French booking agency, Lola ED has made waves across Europe with their impressive array of rising stars, now set to combine forces with Spanish comrade and label, Fathers & Sons, on March 24 at Treehouse to present Apollonia, Jovonn, and Djebali b2b with John Dimas alongside Julian Perez, Sonja Moonear, and S.A.M. Brooklyn-native Jovonn, a pioneering house artist from the 90s, gears up for his forthcoming release on Apollonia’s label, entitled ‘The EP.’ Paris club kid, Djebali has evolved into an accomplished house producer, launching his self-titled imprint in 2011 ( djebali ), and making his Circoloco debut on the Terrace at DC10 Ibiza. Djebali will go b2b with John Dimas, who kicked off 2013 with his debut LP released on La Vie En Rose, proving he is very much part of an up-and-coming generation, as he pushes through with a new avant-garde house sound.

Apollonia will make their ENTER.Miami debut this year, accompanying Richie Hawtin and his visionary club concept, which will return to Miami following its showcase at The BPM Festival 2014. Bringing the legendary Ibiza party to the Ice Palace Studios on March 28, music, sake and technology blend seamlessly together at ENTER. to create a club experience like no other. Alongside Richie Hawtin, Paco Osuna, Tale Of Us, tINI, Gaiser (live), Matador (live), Mano Le Tough, Bella Sarris, Marc Faenger, and an exclusive set from Adam Beyer b2b with Ida Engberg, ENTER.Miami is a culmination of Hawtin’s curated line-up featuring cutting-edge experimental electronic music blended with innovative, forward-thinking technology.