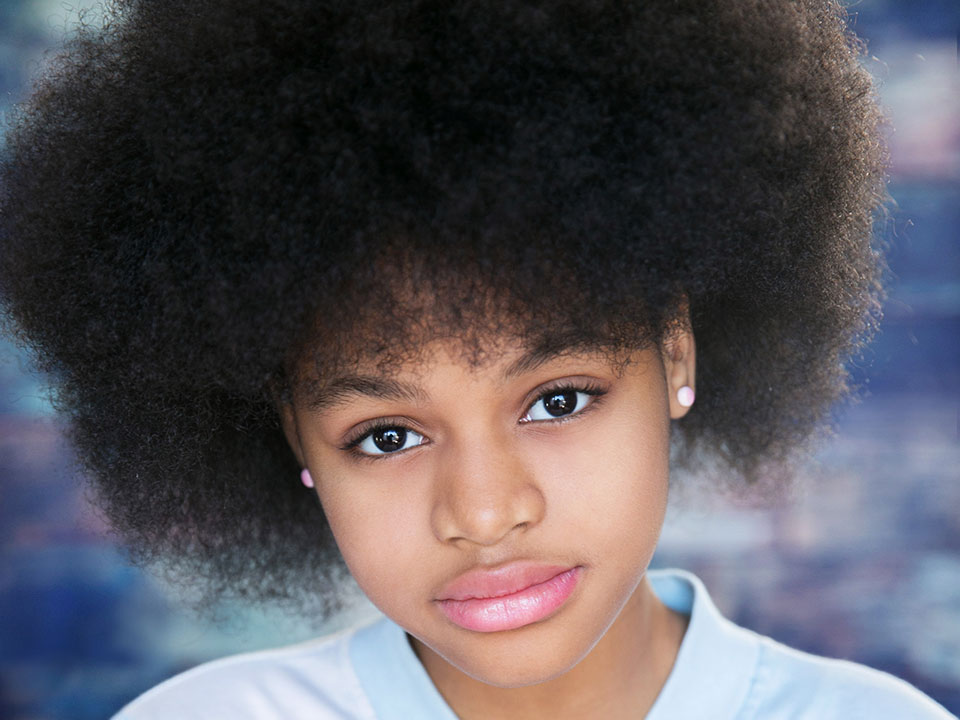 Our exclusive interview with talented young Actress, model, and social media influencer Briana Roy, who is best known from her role as Nina in the 2014 thriller Reclaim. She has grown popular across her verified social media accounts, including Instagram, Facebook, and Twitter.

Hi Briana, please tell us a little about you?

My name is Briana Roy, I am 12 years old. I was born in Hollywood, Florida on August 14 th 2005 and currently live in Los Angeles, California. I am a Sag Actress, Model, Fashionista & social media influencer.

I am energetic, outgoing & confident.

My biggest supporters are God and my parents.

I started in the Modeling in Miami at the age of 6 doing print ads for some major companies.

What is the best and worst part of being an actress/model?

The best part is when you book a nice gig as principal, you get a very nice treatment on set and after all you got to see yourself on Television, Flyers, at stores etc.

The worst part is the very long hours shooting while is freezing cold.

Be true to yourself.

How did you find out about the movie “Reclaim”? And tell us about your character Nina?

They were doing a Nationwide search for the role of Nina and my agent who was at that time “Tammy Green” from the Green Agency submitted me and I did a Skype interview & then the director Alan White was immediately interested in my personality. Then they sent me a script which I delivered through Skype again this time in front of the director and one of the producers and a couple days after the agent called me and said they are moving forward with me with other steps where they sent me in person to a local studio in Miami to audition physically in front of a casting director and a few days after they sent me to do A pre-screen check. Then me & the agent waited 2 weeks after I received the great news. My agent called me and said “Guess what, they found Nina & it’s you Briana Roy Congratulations!

Nina is a shy & reserved little girl from Haiti who got adopted after her parents passed away on the earthquake that happened in Haiti in 2010 and got brought to Puerto Rico in the hope of a better life.

How was working with big names such as John Cusack, Jacki Weaver, Rachelle Lefevre and Ryan Phillippe?

Working with all the awesome and experienced big actors was an amazing opportunity for me,they taught so much and it was fun because they made it fun and easy for me as a new comer at that time. Everyone treated me well and It was such a wonderful experience shooting for a period time in a foreign country and I was the only minor filming with them.

It was the day we were wrapping up with filming the Movie Reclaim, Actors Ryan Phillippe and Rachelle Lefevre who played my adopted parents surprised me with a card and gifts welcoming in the industry and wishing me all the best. It wa such an amazing and memorable gesture.

You also worked with NFL superstar Cam Newton on the Nickelodeon “Real Kids Rule” pilot. Tell us about it?

Me and my sister Jenasha Roy alongside other kids talents shot a project with NFL player Cam Newton.

It was a non scripted project where kids got to be themselves and take over anything they feel like they are better at. By example us we think we are better at Cooking so we took over mom’s kitchen and cooked meals according to us and mom had to roll with us same as Cam Newton he just had to roll with it too. He is such a goofy person, playful and was pretty carry himself as one of us throughout the whole shoot.

I went on “Fablife show” with my sister Jenasha Roy where we did a segment called “Kid Diy sisters” the show was hosted by Supermodel Tyra Banks, Chrissy Teigen, Lauren Makk, Joe Zee and Leah Ashley and it’s on YouTube.

I guest starred twice on ABC currently Freeform Tv series “Recovery Road” as Young Trish. Trish is played by actress Kayla Pratt. I have done several National and International Tv commercials. I was part of 2016-2017 Bike international ad & video campaign, I was on Usher / Yuna music video “Crush” as lead talent. I also played the lead role of Australian rapper “Illy” music video called “Oh My” the role of Hero girl. I played a lead role of a feature film called “The Forgiven.”

I recently shot a web series “Elle Tweleve” the role of Kendra, coming up sometime on September. Last but not least, I just finished shooting a 4 days of a co-star role on Disney Tv show “RAVEN’S HOME” for a specific episode 205 “Weave me alone” with Raven Symone and the whole cast who by the way are some awesome people.

My favorite actor is Vin Diesel because he never disappointed me in every movie he plays. My favorite actress is Jennifer Aniston because she is funny.

What’s next for Briana Roy?

I would say keep on working hard, stay focus and hopefully I book a successful Tv series as lead and a couple major films with big actors and later one I get to launch out our clothing line and hair products or even have our own Tv show as sisters.

Umm ! I listen to a variety of music American, European, Caribbean, Haitian music.

My idea of a perfect Sunday is wake up early attend Mass and then family movie day with lots of snacks.

I would say go ride my bike with my sister Jenasha, have a hula hoop contest with her and eat lots of pizza.

By the grace of God, I will keep working as a Sag Actress, I would love to walk Paris Fashion Week or New York Fashion Week and be on a successful Tv series.

I do volunteer at “Inspire Cali” & always made appearances to show my support to a few other Organizations for charities when they have events and later I want to have my own charity to support non fortunated kids in Haiti.

I am very active on Instagram @brianaRoy, my Facebook like page is Briana Roy & Twitter is @RealbrianaRoy & I am also on an App called Funimate: Briana Roy, Musically @RealbrianaRoy & our YouTube channel Briana & Jenasha Roy, Famousbirthdays.com also BookCameo.com – Briana Roy (Request a customized shoutout from me)

Celebrity Crush: Don’t have one yet.

Song: Shake It Off “Taylor Swift.”

Sports Team: Basketball Miami Heat cause I am a MIAMI gal living in the city of Los Angeles.

Movie: Beside RECLAIM, I love SALT with Angelina Jolie and All the Fast & Furious.