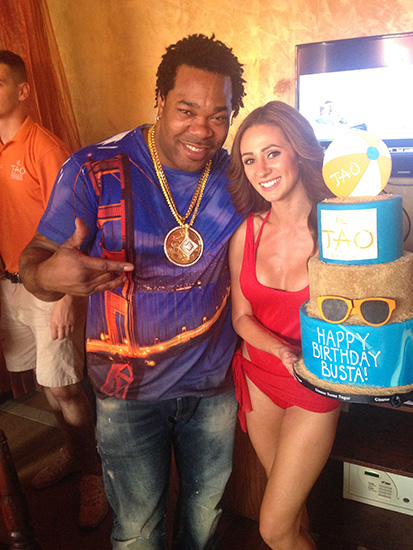 Saturday afternoon, rapper Busta Rhymes continued his birthday celebrations at TAO Beach. Joined by friends, the crew was spotted enjoying lunch amidst the daytime party in a VIP cabana. While there, Busta graciously took time to pose for several photos with fans and was surprised with a celebratory birthday cake and bottles of Moët Rose.

Later that evening, Busta Rhymes dined at TAO Asian Bistro with several friends. The group enjoyed signature favorites including the Satay of Chilean Sea Bass with Wok Roasted Asparagus and the 12 oz. Kobe Ribeye with Yuzu Cilantro Butter. After dinner, they all headed upstairs to TAO Nightclub.

Upstairs at TAO Nightclub, celebrity gossip guru Perez Hilton was spotted taking in the party scene. Prior to hitting up the nightclub, Hilton dined downstairs in the restaurant and posed with TAO’s Executive Chef Sean Kinoshita in the kitchen. The blogger took to social media to express how much fun he was having with friends, posting a video with the caption “TAO kills it! My favorite club in Vegas!” to his Instagram and Twitter. 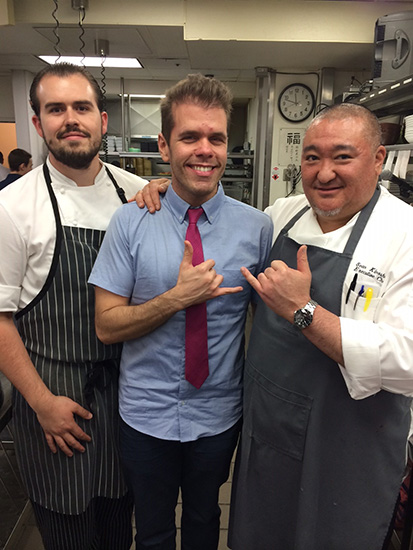 UFC fighter Francisco “Cisco” Rivera was also seen partying in a VIP skybox with friends. The fighter was sporting a cast after breaking his hand in his recent matchup, stating that he wasn’t going to miss his night at TAO. Across the room was Utah Jazz forward Marvin Williams, celebrating a friend’s birthday and taking in the sounds of DJ Vice.