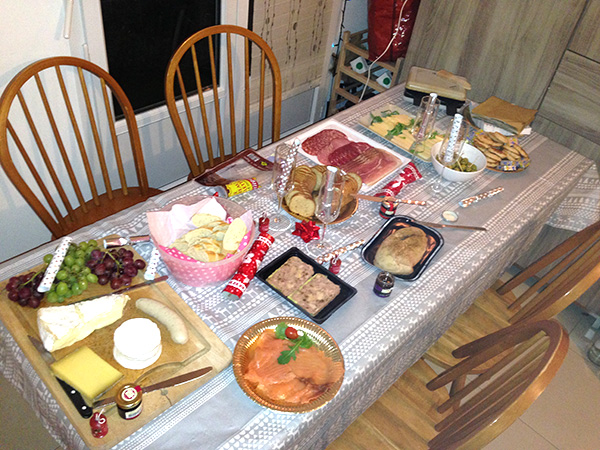 Where we last left off, I was somewhere in the wild limbo of Southern California, where weather isn’t an indicator of the time of year, where the ugg/miniskirt combo was birthed, and where I gymmed and ate my way through an entire years worth of income in about 6 months. I was adding to the accumulation of sunset-enhancing smog that, if you have enough people from the LA area on your Instagram feed, you had to endure during what your people in your city called “Winter”. I was also living with my mother, which requires no anecdotal or witty references in order for it to be a joke. Basically, I was in that in-between that people refer to as “unemployment” but I casually referred to as “involuntary vacation” – far be it from me to contradict what the universe is telling me to do! Yet, from that time to now, I have magically transported myself to a new living situation in a place that is almost the antithesis to where I had lived for so many years of my life. I find myself huddled on reclaimed Ikea furniture in a cardigan and sweatpants sipping a glass of wine over some cheese and bread – and though to you that may sound like anything you’ve seen on the Real Housewives of Orange County, I’m not doing it ironically. I have relocated from sunny California to Paris, France – a swap I wasn’t the slightest bit reluctant to make, for obvious reasons. I feel as though Paris is one of those iconic cities that has endured hundreds of years of culture and excitement.

I grew up seeing images from Paris and hearing words like “Bonjour!” and “Au revoir!”. I knew about the Eiffel Tower and the Arc du Triomphe. It was one of those destinations that was at the top of your list to visit someday – right next to New York and the North Pole (who didn’t want to see Santa’s workshop as a kid, though). We are raised to have this idealistic view of these major cities around the world because they’re impossibly unreachable for so many people, what with the rising cost of airline tickets and the ease of recreating a night of French luxury at your Senior Prom. So I consider myself one of the lucky ones to have this opportunity to not only see the city and country, but live within it.

I stumbled upon this job in a moment of total anxiety with another. I had been climbing up a sand dune only to continually be slipping back down due to forces out of my control. Granted, the other job was legitimate and offered a similar experience in an altogether different country, I had to make an adult decision to let that opportunity take a back seat to make way for another one. Enter Mickey Mouse. Yet again, I found myself working for a huge corporation with which I had spent nearly ten years of my life and it was sweeping me away to another foreign location, one I was not so unfamiliar with. I have been to France a few times in the past, what with having my significant other for over three years be born and bred here. I also took three years of French in high school, a decision many people panned as, living in Southern California, it just makes more sense to take Spanish as its more widely used. However, I was just a horse of a different color, and some of my best friends were taking French as well. We weren’t trying to be pretentious – it was just easier to pass a note in those days as unlimited texting plans were hard to come by. Through out those years, I subconsciously thought, “Well, since you’re really not gonna use this language all too much, just pass the class,” while simultaneously being a cheeky student, having a selection of the answers written on my hands. Cut to me, nearly ten years later, living in France, using all of those skills I figured I would forget on a daily basis. See kids? Full circle. It is that part of me that is so curious about French culture that has driven me to integrate myself here as fully as I can, and I find to be slowly welcomed into an otherwise gated community. It is no secret that the French are incredibly protective of both their language and culture, nearly to a fault. Yet, if you enter someone else’s country with no intention of attempting to integrate, of course you’ll be met with coarse looks and cold coffees. You’ll get the worst pour of wine, a rind heavy cheese, and day old baguettes because if you’re so eager to hold onto your own culture, then surely you wont appreciate the goodness of theirs. This is where my French from so many years ago comes in handy. A simple “Bonjour, comment allez-vous” goes a long way in a little bakery down the street from my apartment. “L’addition, s’il vous plaît” will get you your check a hop, skip, and jump faster than a snap in a waiters face. You’re in France! Vous êtes en France!

Don’t get me wrong. I’m not wearing a beret everyday. I’m rarely seen carrying a bag of food from the supermarket on my bicycle with a bouquet of flowers sticking out. I’m not even seen on or around the Eiffel Tower frequently. I’ve still got that Californian in me – something that becomes ever-so clear when you’re working with people from a multitude of different countries. Never before have I felt so clearly American, something I never thought I would associate with. I’m not anti-American by any means – I do love my country of birth as it housed me and aided me in learning my world view, however, I always considered myself to have what I figured was a “European sensibility”, which I defined by simply my trips to Europe, and of course, media. Yet, upon my arrival, and subsequent weeks around the English, French, Spanish, Dutch, Italian, and occasionally even German people I’ve met, I’ve talked more about Mexican food, sandals, and the absense of winter than I think I’ve ever spoken about in my life.

It’s natural to have culture comparison chats with your new *mates* as you’ll find new words for things you hadn’t thought to use before. I no longer throw my trash in the trashcan, rather my rubbish in the bin. I no longer “don’t care” to do anything, I simply cawn’t be awsked. I pass people at work who say “You alright,” to which I first replied “Yeah.. of course..” however I now reply with “Yeah, you?” as I know now that it isn’t a question of your current emotional or physical well being, rather the English equivalent of a quick “Sup?” So many little nuances of my day have new words, phrases, and even accents that, no matter how hard I try, I just can’t seem to emulate – try as I might. I’ve become a bit of a cultural mutt I find, but it’s not something I’m horribly embarrassed about. I’m opening up a little more everyday to these new ideas while still adding to the conversation with my own. It is a difficult disconnect from home, though, as much as I think I lead on that it’s not. With my life in Tokyo, where I spent an entire 14 months separated from my own reality, I had been given a date of return to my life at home, which gave me the motivation to live every moment as if tomorrow were the last day there. However, with my life here having an open end, I find that I am more eager to get a taste of home. I constantly find myself craving the Mexican food from home – for which I am eternally thankful to Chipotle, who decided to open a location just aside the Opera in Paris. It’s more expensive, plus a 40 minute train away from my home, yet worth every minute, and Euro. I miss the dining options from home, since as I said before, the French are proud of their cuisine, and one could happily live off of the bountiful amounts of cheese, bread, and paté offered on nearly every street corner. It would come as no surprise to me that any expatriate who returned home from their time in France did so in a new, and presumably larger, pant size. Yet, with every calorie, every breadcrumb, and every drop of Bordeaux that passes over my tastebuds, I find fulfillment in combining my likes with the French culture – a task that is as difficult as finding hay in a haystack. I guess with my time here, I have become more enlightened to some things everyday. I am constantly learning new words, which makes me replay the plot of Eat, Pray, Love over and over in my head (though I find I just stop at the Eat part..). I am challenging myself to explore new parts of Paris, and find my own “spots” in the city. I am even nurturing new friendships and finding handfuls of amazing people from all over the world, adding to my already amazing collection of friends. There are times I wonder if I have no direction and am one of those aimless wanderers who just claims to be taking stepping stones across a metaphorical river, yet just jumps on whatever rock is in front of them, regardless of destination. However, I continue to self-validate by telling myself that I deserve this life as I’ve paved it myself. I’ve found opportunity, and I’ve embraced the change. I don’t know a single person who wouldn’t do the same given these opportunities, so far be it from me to turn them away from fear of deviation from a “plan”. So to that end, I am making whatever path life gives me, as misguided as it may seem, because no matter the direction, there is always an endpoint. If you give the universe good, good will come back bountifully – without an exchange rate. 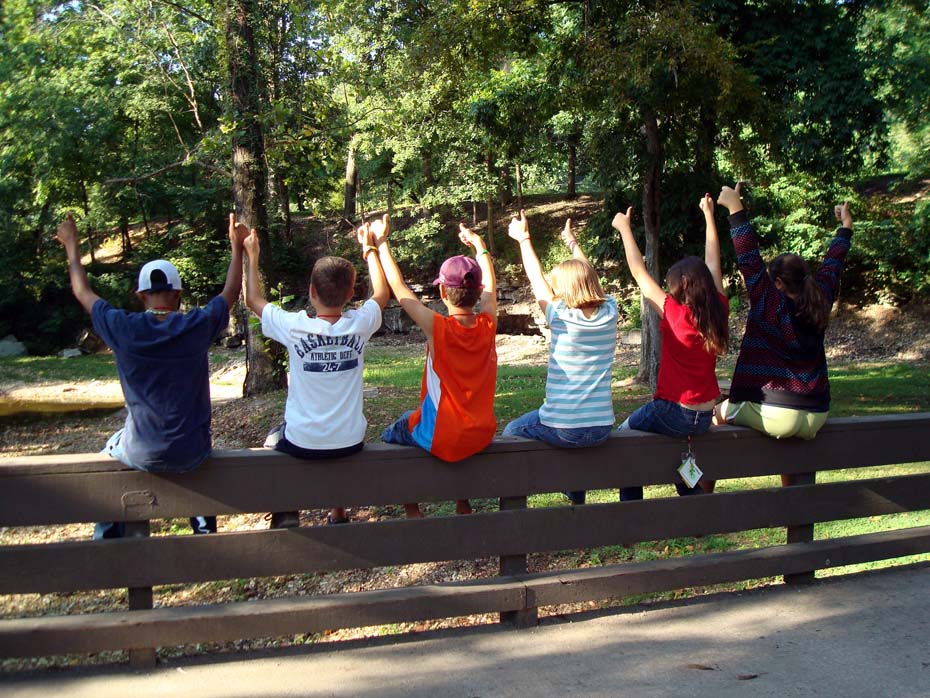 Royal Family KIDS – Making a Difference for Children in Foster...