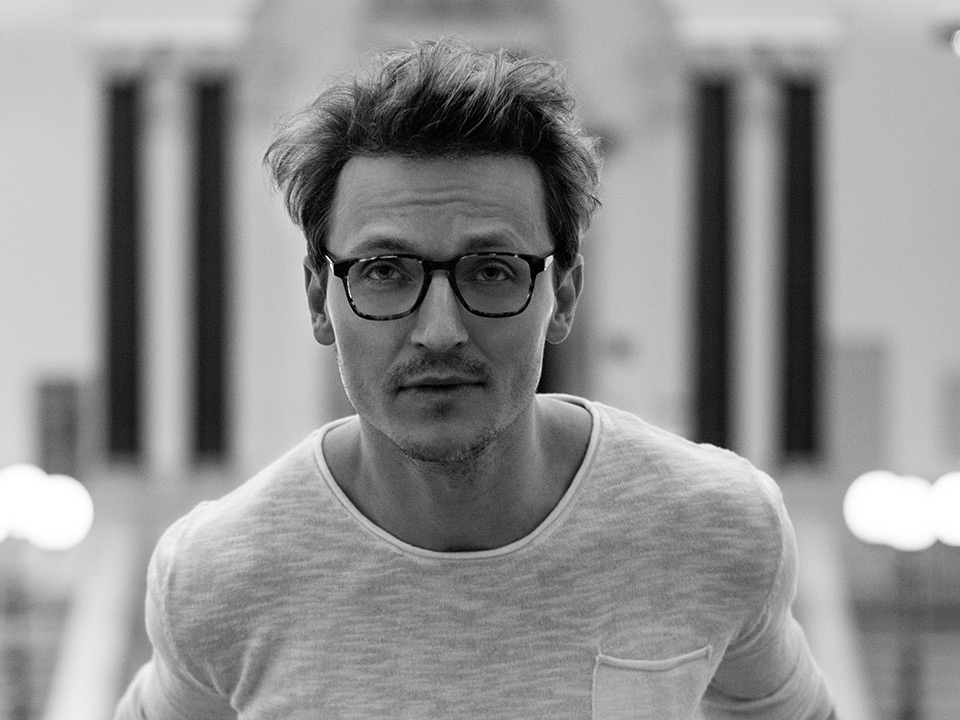 Our interview with talented actor Chad Rook, who can be seen as Boyle, one of the human soldiers under the command of Woody Harrelson’s Colonel in the upcoming film WAR FOR THE PLANET OF THE APES, which will be released on July 14th.

Recently, Chad had a recurring role in the first season of the NBC series, “Timeless” that was just picked up for a second season. He can also be seen in the new Freeform mermaid series, “Siren” which will premiere in Summer 2018. Chad recently wrapped filming on the pilot “Wisdom of the Crowd” opposite actor Jeremy Piven which got a series order by CBS, the A&E pilot “Midsummer’s Nightmare” and the Anthony DiBlasi directed Horror film EXTREMITY where Chad plays the lead villain Red Skull. Next Chad will travel to Austria and Louisiana to complete filming of the thriller feature films, DEVIL, DEVIL, DEVIL, and DEATH CAB.

Hi Chad please tell us a little about yourself?

Well, I’m an actor and I basically love to do anything that involves some sort of creativity. Whether it be acting, directing, writing, photography or editing you can usually count me in.

Personally, in a nutshell, God is everything, my family means the world to me and I love animals.

I was always a MASSIVE fan of Jim Carrey. What he did, where he came from and how he got where he is was very inspiring, entertaining and gave me hope. I loved that.

Typical?? Wow, well as for a “typical” day… that doesn’t really exist in my world. EVERY day is always completely different. But as long as I do at least one thing for my career, my personal happiness (family, friends or hobbies) and for my health every day then I feel that the day hasn’t gone to waste.

It was a small independent horror film in Northern Canada called “Pestilence” and I think that I am still the sole owner of the only copy ever made… and I’d like to keep it that way, hahaha.

Do you take or have you taken acting classes?

Yes I’ve taken countless classes in my career and still do if/when I have some spare time. It’s always good to keep your technique as an actor exercised. Plus being on set in itself is a huge learning opportunity as every set is different and I feel that there is always something to learn if you’re willing.

My Mom, and I’m not just saying that to be cheesy but she really has. She sacrificed so much in her life and I am who I am today because of her. She taught me strength, motivation and love and still to this day, she is by far my biggest and most supportive fan. She’s a rockstar.

Most times I find that one of the easiest ways to get “into” a character is by listening to music. Music makes you feel certain emotions and can immediately trigger memories or stimulate the brain to feel a certain way. So when I get a character, I’ll usually start to listen to music that I think would relate to that character and it really does help with getting me in the “mindset” of a character.

Please tell us about “WAR FOR THE PLANET OF THE APES,” and about your role as Boyle?

War for the Planet of the Apes is the climax of the Caesar storyline and we now finally get to see the confrontation between Humans and Apes. The last two films have built up the story and showed us the conflict, but this film will finally give us that climax and result that we’ve been building up to and waiting for.

My character Boyle is one of Woody Harrelson’s go to soldiers when things need to get done. He is very aggressive, short tempered and has no problem eliminating any and all apes, as he sees them as not only a threat, but as the enemy. Let’s just say that Boyle is going to be a character that you’ll love to hate.

What is different about this movie than the other Planet of the Apes movies?

Aside from the storyline coming to an amazing culmination, the special effects in this film are second to none. The amount of detail in these characters is so realistic that you completely forget that they aren’t real. Which is incredible because you then find yourself feeling emotions and getting attached to these characters in the same way that we do with real life characters and actors. I can’t wait for everyone to see it, as it’s the only way for you to believe it fully.

I’ve been a part of many different TV and Film projects in all genres. I guess I’m more known for the characters that I portrayed in the series such as “The Flash”, “Supernatural”, “Timeless”, “iZombie”, “Bates Motel”, “Cult” and “Sanctuary”. Although I’m really looking forward to a couple of upcoming roles I have coming out in the new series “Siren” and “Wisdom of the Crowd”. I think that fans will really enjoy them.

What is next for Chad Rook?

I’m really looking forward to the release of “War for the Planet of the Apes” this summer. Aside from that, Season 2 of “Timeless” will begin filming soon and the new Mermaid Series “Siren” also begins in August and I can’t wait to get back on that set.

I’m a really big fan of Mickey Rourke. The guy is mesmerizing on screen and to me he always steals the show in everything he does.

Any advice for new young actors?

Train A LOT and have patience. I’ve been doing this now professionally for over 17 years and its only now started to “take off”. There is A LOT of rejection in this industry and you can’t take it personally. Aside from that, I always strongly recommend for young actors to make their own projects. It will give them on set experience, help them meet people in the industry with a similar passion and it’s a huge learning tool in how different departments are run on set. Plus it keeps you creative and you never know where that project could take you.

I would love to be in a position where I can continue to make my own films one after the next. Of course I would love to continue to act in the Studio productions as well but there’s just a sense of excitement and pride that you get when you make your own film projects. So if I could do that on a constant basis, nothing would make me happier.

The last book was a True Story recap called “23 Minutes in Hell” and I’m currently reading a book called “Heaven is Real”. They sound kind of dark but they are about real life encounters of people who have been taken to heaven and hell and it’s really interesting to read about what they saw and went through.

Honestly other than the gym (which I don’t go to nearly enough) I think that I’m able to stay fit because I’m always on the go. I’m constantly going from one place to the next, on set, off set, travelling from one city to the next, etc. It’s exhausting at times but I guess if you look at it from an “exercise” point of view… it helps me stay fit, haha.

Fruit, fruit and more fruit. I swear I could live off of raspberries.

It would be a close tie between ice cream and lasagne.

I’ve always wanted to go to Bora Bora. It’s not only a gorgeous place to relax but also a pretty romantic place so obviously I’d be taking my fiancé with me.

I love to do photography and graphic design. It’s kind of an escape from the acting world but still lets me be creative.

I’m a huge fan of “The Walking Dead”, “Game of Thrones” and basically any Reality Cooking Show, haha.

I’ve worked with different Cancer Charities in the past but am currently looking into getting more involved in charities that support the protection of animals around the world and I’m really glad to be a part of “War for the Planet of the Apes” as they just partnered with the “Jane Goodall Institute”. I’m a huge animal lover so it’s definitely an area that I want to become more involved in.

It’s taking over and in a lot of good ways it’s making it easier for artists to get their work seen by the world. It’s a huge marketing tool and unlike 15-20 years ago, it has opened up a lot of doors for actors, filmmakers, musicians, etc to be able to showcase their talents.

Believe in yourself and bet on yourself, because if you don’t, then why should anyone else?

A comfy couch, lots of blankets and tonnes of junk food while I watch horror films all day.

I have a lot of role models (artists in the industry who have done amazing things) but honestly my mom is the only one that I look up to in every way. She’s literally the strongest and kindest person I know and I’d love to know that I lived my life with the traits she has engraved into my life.

I’m an old-school Rock n’ Roll guy: AC/DC, Metallica, Aerosmith, etc. Although, I am a huge fan of Eminem as well. His talent is unparalleled.

I can be found on all Social Media sites simply by my name, @ChadRook (Twitter / Instagram / Facebook)or on my site at chadrook.com. But you won’t find me on the sites that are basically nothing more than dog-face filters. Haha. Sorry.

Quote: Life is a crazy fast car, but be sure to slow down enough to enjoy the breeze.

Travel Destination: Spain or Italy. Italy for when I’m hungry and Spain for when I’m lazy and just want to relax.