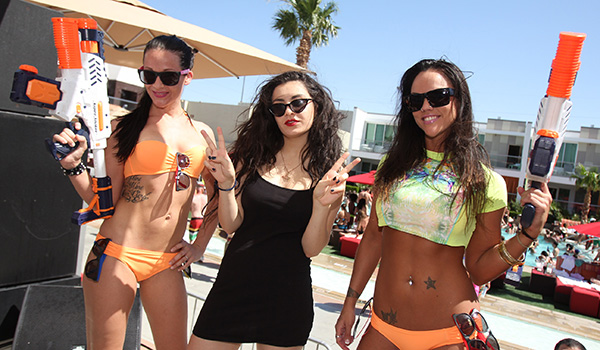 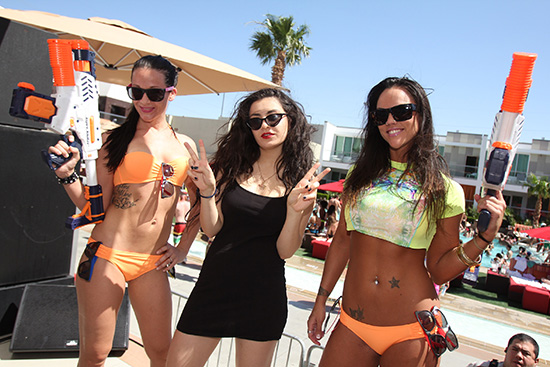 Charli XCX, the featured artist on Iggy Azalea’s smash hit, “Fancy,” currently number one on the Billboard Charts, performed at Ditch Fridays at Palms Pool and Dayclub on Friday (6/6) afternoon. 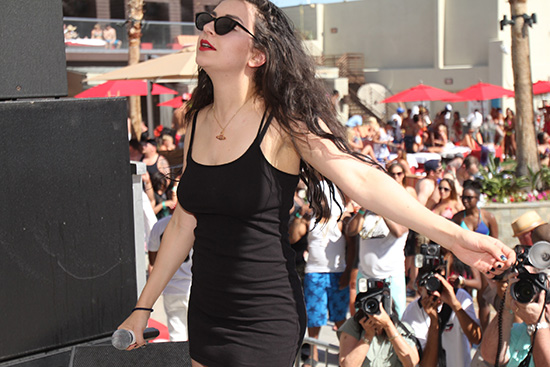 The British popstar sported black from head-to-toe, accentuating her mini dress with cherry red lipstick. Charli was all smiles, signing autographs and posing with adoring fans who were lined up next to her VIP cabana to catch a glimpse of the rising star. 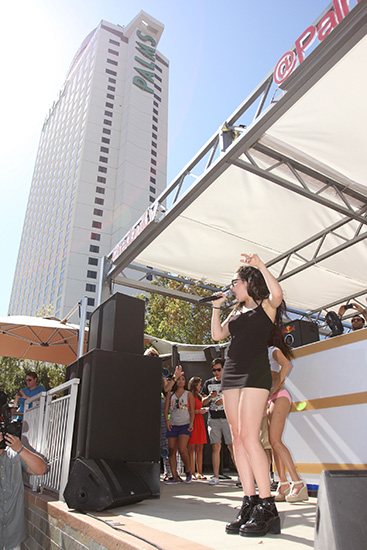 Before hitting the stage, the singer was spotted commemorating her Ditch Fridays experience by throwing up the peace sign while taking various selfies on her cellphone with a friend. 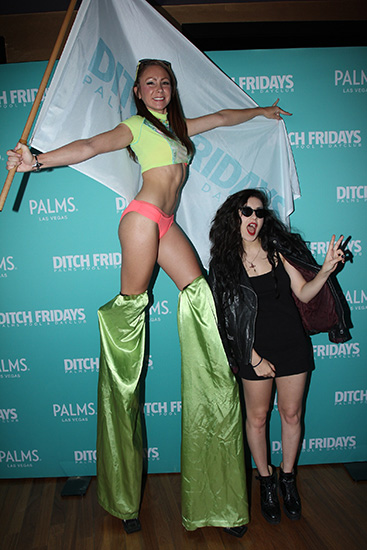 Charli opened up her set with Icona Pop’s, “I Love It,” which she co-wrote, followed by two hits of her own, “Boom Clap” and “Super Love.” The crowd went wild when the singer finished off her sizzling performance with Iggy Azalea’s, “Fancy,” which she’s featured on. 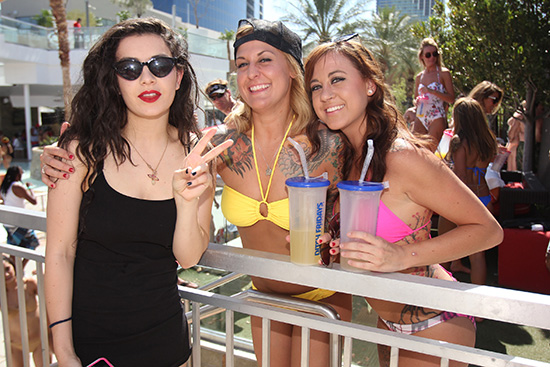 Later in the afternoon, the performer hopped into a pink bikini and enjoyed the dayclub’s vibrant atmosphere from a poolside lily pad alongside friends and fans. 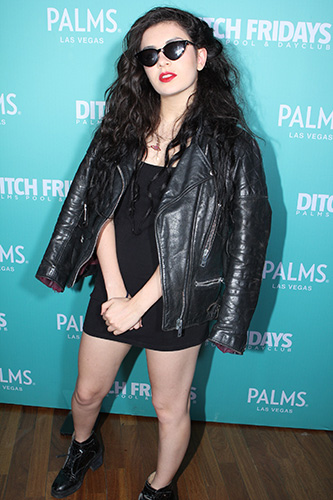 The Snoopadelic Cabaret Kicks Off Fourth of July Weekend at TAO