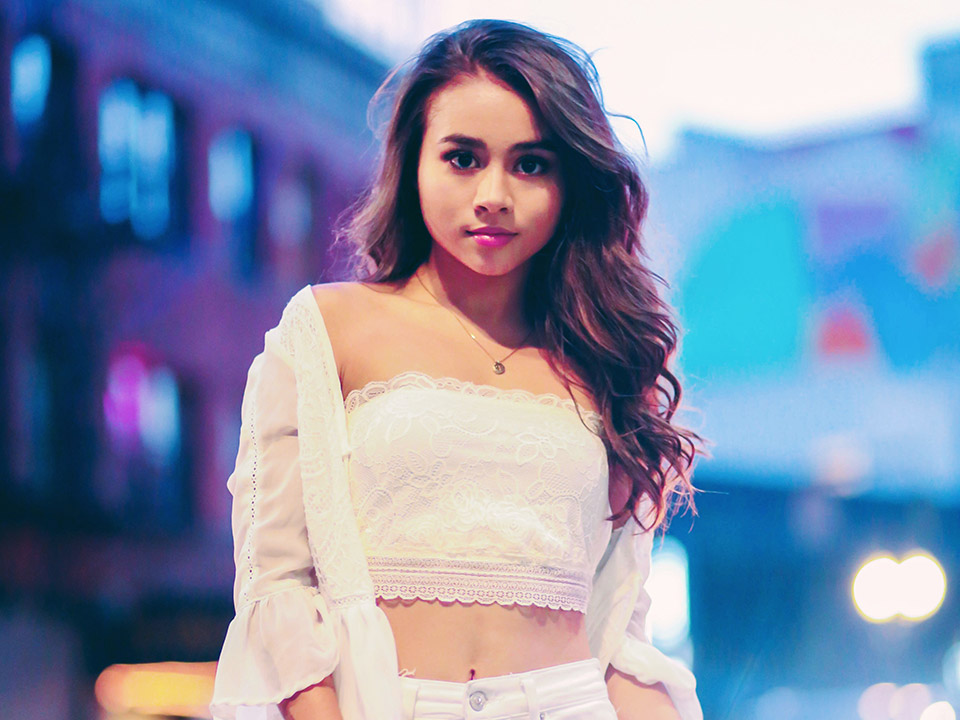 Our interview with gorgeous talented young actress and dancer Ciara Wilson who is best known for her role as Vicki Fuego on Disney Channel’s “Bizaardvark”. She can be seen dancing in music videos for Fifth Harmony, Chris Brown, Gucci Mane, and Usher.

Hi Ciara, please tell us a little about yourself?

I’m a 16 year old actress and dancer originally from Portland, Oregon! I play Vicki Fuego on Disney Channel’s Bizaardvark and have danced in music videos for Fifth Harmony and Chris Brown. I love sketch comedy, improv, modeling, and spreading awareness for what I believe in on social media!

I started very young as a competition dancer, so I’ve always known I wanted to be an entertainer! I took acting classes in Portland, Oregon and did local commercials and radio voiceovers. At the age of twelve, I got an agent in LA and decided to take things more seriously! The rest is history 🙂

Yes! I have taken consistent acting classes for eight years now. I feel that staying in classes is a very important thing for any actor! Just like sports, the acting muscle is something you have to stretch, practice, and improve often!

My favorite roles to play are unique and distinct characters! Whether it be the head cheerleader, the nerdy girl, or the tough MMA fighter, (like my character on Bizaardvark) I love stepping into the shoes of someone so different than myself.

Tell us about OMG! and about your character?

OMG! is a sketch comedy series on DreamworksTV! In each episode, I get to play myself as well as fun, high-energy characters when we cut to the sketches! It was so incredible to film, especially acting alongside some of my best friends.

Just recently, I had the opportunity to work on ABC’s hit show “Speechless.” I play Alicia Hernandez, the captain of the school track team. It was an wonderful project to work on and I had a blast on set!

How do you manage to work so hard and have a personal life to do other things like modeling and dancing?

It’s all about balance! Prioritizing your time is very important as well as staying on schedule. Also, a lot of my closest friends are in the industry, so going to a big dance audition is just like catching up with my friends! Even though acting, dancing, and modeling is very hard work, it never feels like work when you’re having fun.

Zendaya! She is one of my biggest inspirations as she is a talented actress, dancer, singer, and female of ethnicity. Zendaya doesn’t compromise who she is to meet others expectations of her and she is also downright hilarious.

1. When facing rejection from auditions, “No” doesn’t mean never, it just means not yet. 2. Be yourself! Show your own unique personality in every audition. 3. You can’t control what happens in the industry, but you can control your mindset. Find the positives in every situation!

What’s one of the funniest things that have happened to you on set?

One of my favorite set experiences was filming Disney Channel’s Bizaardvark. My character, Vicki Fuego, is a tough tomboy MMA fighter. For those who know me in real life, I like to say I’m a pretty kind and gentle person, who also shamelessly loves all things girly. Because my daily personality is such a contrast, I decided to show up to the table read for Bizaardvark in full character. I had my hair in boxer braids and wore basketball shorts! Throughout the week, I wore “Vicki” inspired wardrobe to set. Everybody thought I was just like my character! On the
last day of filming, I showed up in a really cute and girly outfit with my hair down and everyone was so shocked! It was really funny.

My favorite show on right now is “The Four” on FOX. Some of my friends are also competing on it and it’s so awesome to see them out there killing it! I’m obsessed with all of the singing shows right now!

My idea of the perfect Sunday is spending time with family! We all love sushi lunches and seeing movies.

Yes! Giving back to the community is an incredibly important aspect of my life and many young actors I am surrounded by as well. It is great to see our generation of entertainers using their platform to speak up about important topics. I have volunteered at the Northwest Children’s Outreach often to donate and pick out clothes, books, and other necessities for underprivileged children. I also regularly donate to My Friend’s Place, a place that assists and inspires homeless L.A. youth to build self sufficient lives. In the future, I hope to create my own charity to raise awareness for causes that are important to me.

Something I hold very high on my list of values is using the platform I have been given to spread positivity and awareness. The rise of social media has given me the opportunity to reach a large audience to inform others about good causes and express what I believe in! Social media is a place where I can communicate with my supporters and learn from them as well. It is a medium to inspire and be inspired, and I think that’s the most amazing and important thing.

Quote: “Do not go where the path may lead, go instead where there is no path and leave a trail.” -Ralph Waldo Emerson

Book: Every Day by David Levithan

Song: All Star by Smash Mouth

Tv Show: Whose Line Is It Anyway?