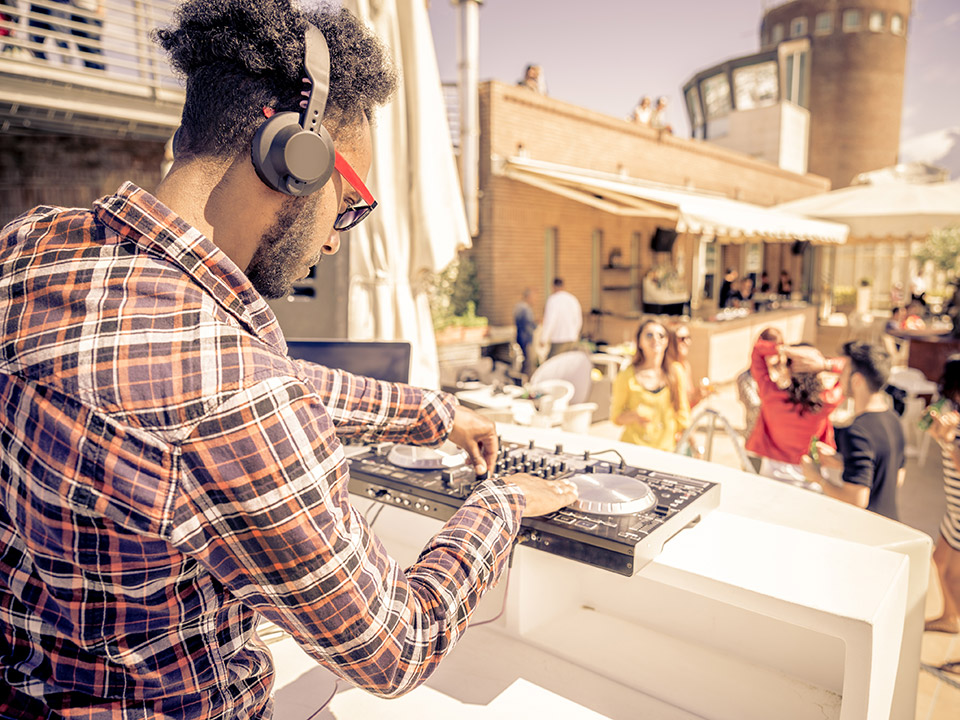 DJing is different from many art forms because it’s quite interactive and dependent on the audience. This makes it harder to master DJing without mastering a myriad of other tools, whether technical skills or social ones. As a new DJ, you can be prone to certain mistakes, and there is nothing wrong with that. But making mistakes and not rectifying them is the one mistake you can’t afford to do as a DJ.

To help you overcome the most common DJing mistakes, we’ve collected a few tips from experts in this field.

Not Being Familiar with New Equipment

While many mixers have the same functions, some can look and operate differently. If you’re used to analog turntables, you may not be able to adjust as quickly while using digital vinyl systems. You need to take into account that you’re looking for the right record player or turntable that you can smoothly use from previous experience. As an aid in the hunt, click here to see buying guides that can help you pick the right record player for sampling and mixing vinyl. DJs have to take their time to know their equipment inside out before playing in front of an audience.

DJs like to show off with their collection of rarely heard and underground music, but sometimes that can backfire. No one can deny that a DJs set should contain some music that isn’t mainstream and common everywhere, but you shouldn’t ignore the classics. You need to understand that not everyone in your audience, or even most of your audience, is as knowledgeable and involved in music as you are. Try to incorporate some classic elements that allow the majority of the audience to get fired up by listening to a song or track they all love.

While a lot of beginners may not notice this, experts are extra aware when it comes to red lights and limiter levels. These red levels can easily make any sound engineer’s job a living hell because it can take a lot of time to fix. While a red light or two aren’t going to break your mixer, it’s recommended to keep them out of the equation. Bypassing the volume or amplifying limits can damage a lot of expensive equipment, especially when you’re using delicately designed equipment.

This is a pretty common beginner mistake that can ruin whole sets of DJs. Instead of playing it at peak times, some DJs may misjudge the right time for playing peak-time bangers. Getting excited to play your freshest and strongest hits too early doesn’t give enough time for people to warm up. As a DJ you should know if the audience is heated enough to match the level of the song. This is why it’s pretty common to see DJs playing something called “opening sets”.

Opening sets can set the tone of the audience and warm them up to get their dancing boots on. No one wants to suddenly find themselves forced to dance to a high-bpm song if they aren’t prepared. At the beginning of a festival, party, or any music event, the audience won’t be ready to jump in on the dance floor. Instead, the number of dancers increases as time goes by during an opening set because it’s more chill as they’re still getting warmed up, finishing their drinks, and greeting their friends.

Fulfilling Too Many Requests

As a DJ, you’ll have to get used to random people popping up to ask you to play a specific track or song. Whether you like their ideas or do it out of courtesy, you can get quite overwhelmed and lose control of the set if you take too many requests from the crowd. Breaking the plan with random requests from people can annoy your main crowd. While the requesters want to simply enjoy a song they like, they don’t take into account how DJing works, and whether their requests are even viable in the set.

Not Reading the Crowd Properly

Some DJs blame the crowd for not dancing enough on the dance floor. And while some crowds may be more inclined to networking, depending on the type of event, people will dance if they hear something they want to dance to. Simply put, people aren’t going to go to a venue just to do nothing. Maybe the crowd isn’t dancing because the previous DJ upset them, so it’s up to you to make up for the crowd’s loss of interest. Read the crowd right and try to figure out what exactly is causing their reluctance to dance.

Whether you’re a seasoned DJ or a complete beginner, you always need to watch out for the pitfalls that could ruin your experience or even become habits. Some mistakes may be hard to notice until it’s too late, so you should make sure you’ve nailed down fixing the most common mistakes that DJs make.

The Main 6 Differences Between Food Sensitivities And Food Allergies

How Long Do Lasik Results Last?

Why It Is Recommended to Hire a Lawyer in a Case...