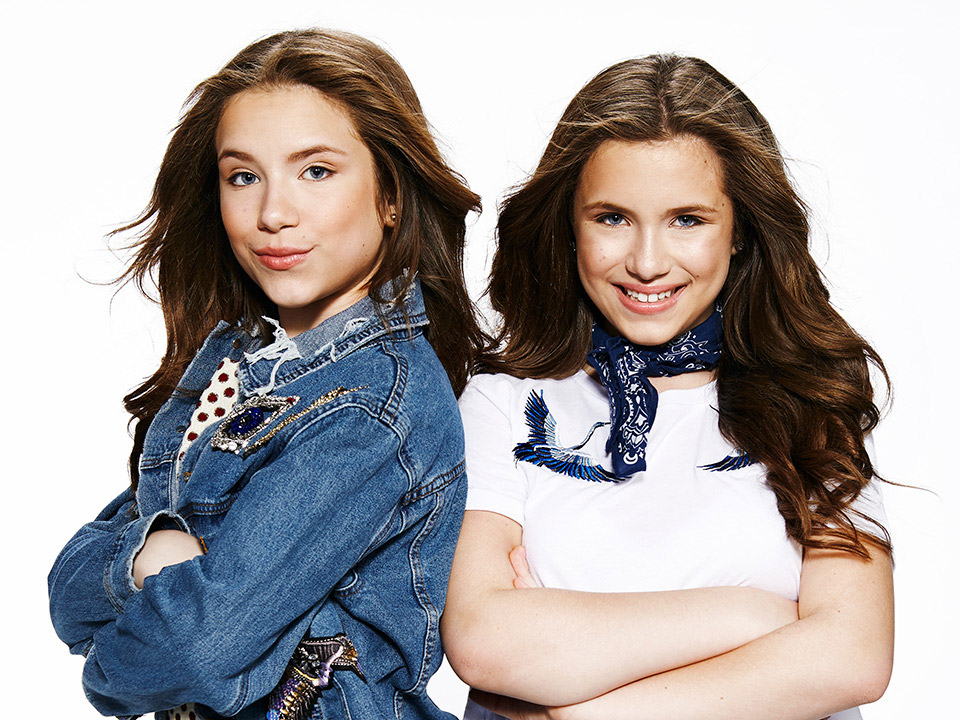 Hi girls!! Since our last interview seems that you guys are getting really busy! Big Congrats!!

Thank you so much!!! 2018 has totally been amazing. So hard to believer’s only July! We couldn’t be more grateful for all the opportunities and projects for sure.

Please tell us about your successful “Day In The Life” YouTube series?

“Day In The Life” started out mostly because some friends would always ask us about what we are up to and when we told them we would laugh and have so much fun sharing it that we decided to start filming everything to see if other people would enjoy our crazy antics. We filmed us recording our album “Got You Covered”, going to events, and just our everyday lives. We were super excited when people did like it! So, we’ve been doing it weekly for a while now and it’s really fun. Fans comment, ask questions and kinda just get to be a fly on the wall. We have so much fun, so if it helps anyone be entertained, we are happy!

Where did the idea come from?

The idea was just kind of organic. People get to see us in all lights – from rolling out of bed to go to the airport to going on trips around Europe. I wish we could say it was some sort of amazing thought out plan, but it’s just us being us and filming it!

And about your collaboration on the Brooklyn and Bailey’s ‘Squared’ YouTube channel for twins?

Joining the Squared family is honestly such an honor. Brooklyn and Bailey have always been great role models for us. We love that they are genuinely themselves on-screen and off –  funny, beautiful and amazing energy. As twins, we couldn’t be happier to have the opportunity to be part of their YouTube dynasty. We were fans for a long time and when they created the Squared YouTube channel, we totally wanted to be a part of it. When we turned 13, Squared contacted us and asked if we would be interested in joining the family. Well, we had to think about it for a while… Okay, only two seconds (one second for each of us), and that was it! You can see our videos on Squared every Thursday!

Now, this week will be the premiere of the TigerBeat TV’s original series “Sage Alexander: The Dark Realm.” Tell us about the project!

How is working with the other talented teens in the series Hayden Summerall, Madison Hu, Brooke Butler?

We love working with Hayden, and his family is so nice. We knew Brooke Butler and Madison Hu beforehand also, so every day on set just felt like we were spending time with friends.

Any other new projects you can discuss?

We just started working with the Justice clothing brand. They are working to help inspire girls to achieve their dreams and we are so honored to be a part of this. In addition to Squared, and being lucky to have been part of the final season of Nickelodeon’s Nicky, Ricky, Dicky & Dawn as guest stars, we have two movies we are starting in the next few months.

Where can we follow you on social media to keep up with your new projects?