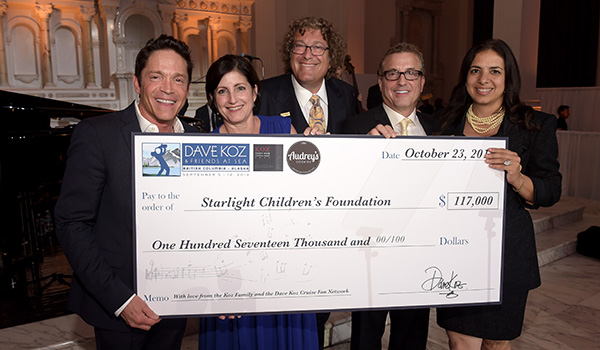 Dave Koz and family surprise attendees with $117,000 donation to Starlight 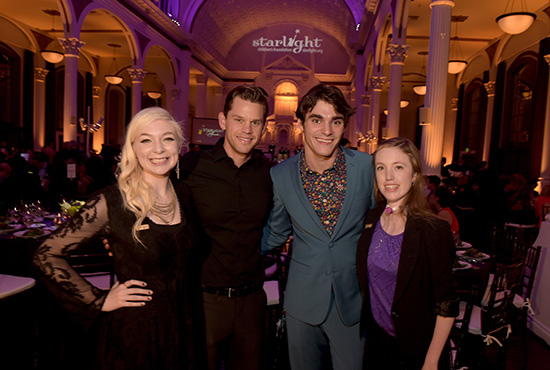 On October 23rd Starlight Children’s Foundation, a leading global charity that partners with experts to improve the life and health of kids and families around the world, presented awards to RJ Mitte, the Koz Family, Ido Leffler and CBS EcoMedia at the 2014 Starlight Awards. More than 400 people attended the gala event at the historic Vibiana in downtown Los Angeles. The gala benefit celebrated philanthropists, innovators and leaders who play an important role supporting Starlight’s mission.

During his acceptance speech for the Innovator Award, Ido Leffler announced a partnership with Starlight Children’s Foundation through its Starlight(R) Wish List platform, the world’s first online giving marketplace created by Starlight last year. Beginning this November, for each product purchased on Yoobi.com, Yoobi will donate an additional item to Starlight Children’s Foundation. Through this partnership, Yoobi’s bright and colorful supplies will be distributed to school programs within children’s hospitals nationwide, affecting more than 30,000 kids in the New Year!

“When I had the pleasure of meeting the Starlight team and learned about the incredible ways they were improving the life and health of kids and families around the world, I instantly knew we had to be a part of it,” said Leffler. “Since June, we’ve been brightening classrooms nationwide one pack of supplies at a time, and are now able to bring the same creativity and inspiration to school programs within these children’s hospitals that need them most.”

During an academic year, children are absent from school due to a chronic illness an average of 16 days, compared to the state average of 7 days, according to the Journal of Pediatrics. The children’s hospitals supported by Starlight collectively serve more than 21 million patient visits per year, and through this partnership, Yoobi will help ensure that kids in classrooms, whether in a regular school or in a hospital setting, have the fundamental supplies they need for learning and creativity.

“The life-changing impact that Starlight Children’s Foundation makes on kids and families around the nation, and all across the globe is profound,” said Paul Polizzotto, President and Founder of CBS EcoMedia. “Thanks to the financial support provided by our advertising partners through our WellnessAd program, we’re able to help Starlight advance their mission and deliver quality programs that improve the hospital experience for seriously ill children and their families in communities across the nation. It’s an honor to accept the General H. Norman Schwarzkopf Leadership Award this evening on behalf of EcoMedia and the CBS Corporation.”

Accepting his award, RJ Mitte thanked Starlight saying, “I am truly moved to receive the first-ever Starbright World Inspiration Award from Starlight Children’s Foundation, and to be recognized for something I enjoy doing so much and something that gives back to me ten-fold.”

The 2014 Starlight Awards concluded with a surprise announcement by Dave Koz, Jeff Koz and Roberta Koz Wilson who presented Starlight with a check totaling $117,000. The funds were raised through a silent auction aboard the second annual Dave Koz & Friends at Sea Alaskan cruise this past September and the sales of Koz Wines and Audrey’s Cookies/Cookies for Koz. The Koz family, including the late Audrey Koz, the family’s matriarch and long-time Starlight supporter, were honored with the Founder Award.

Dave Koz said, “I’ve gotten back way more than I could ever possibly give to Starlight. The kids I have met through Starlight taught me the power of perseverance and positive thinking in overcoming my own challenges, and they inspire me every day to approach my life the way they approach theirs. I’ve found that investing in Starlight is investing in these amazing children. If you can lift one spirit up with a toy, or a few minutes diversion on a Starlight Tablet or Fun Center unit, you might just be able to change the world, giving these children the wings to become the amazing vibrant human beings we know they can be.”

“Children are the future of our communities and our world, and each one of us possesses the ability to ensure that they enter the future, our future with the support they need to become inspiring leaders,” said Jacquie Hart, Starlight Global CEO. “Thanks to the incredible generosity of Ido Leffler, the Koz family and all of tonight’s honorees, Starlight will be able to make its transformative impact on millions of kids and families around the world.”

Sponsored by Spaghettini and the Dave Koz Lounge, the Starlight Awards is a signature fundraising event garnering an array of celebrity supporters, philanthropists and business leaders who share a common goal of raising funds to support family-centered Starlight programs and services. 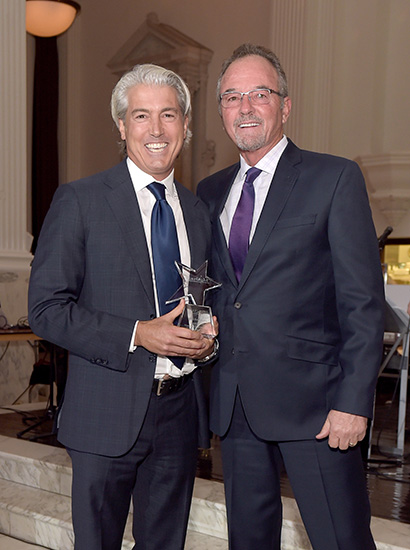 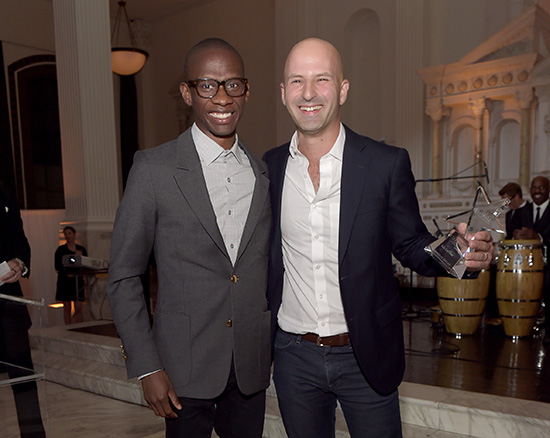 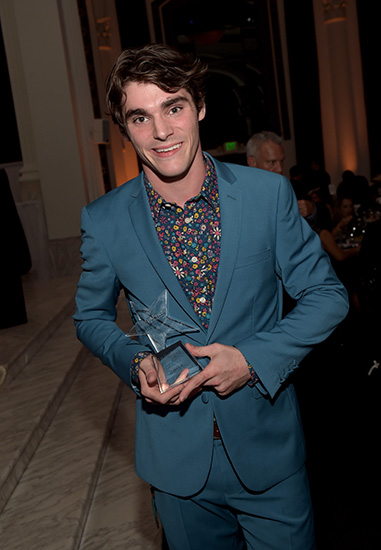 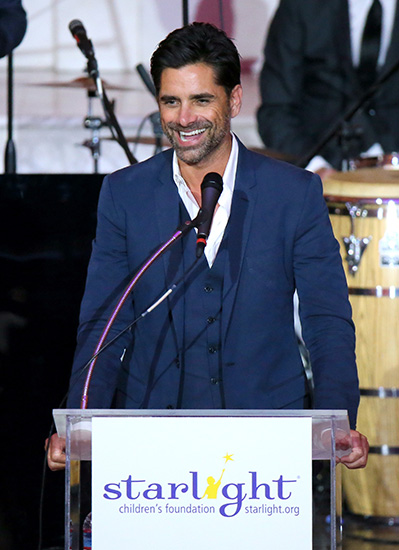 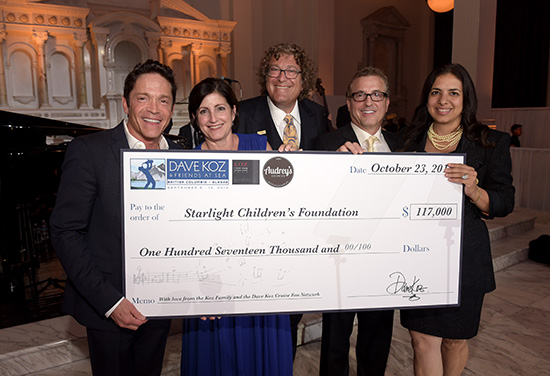