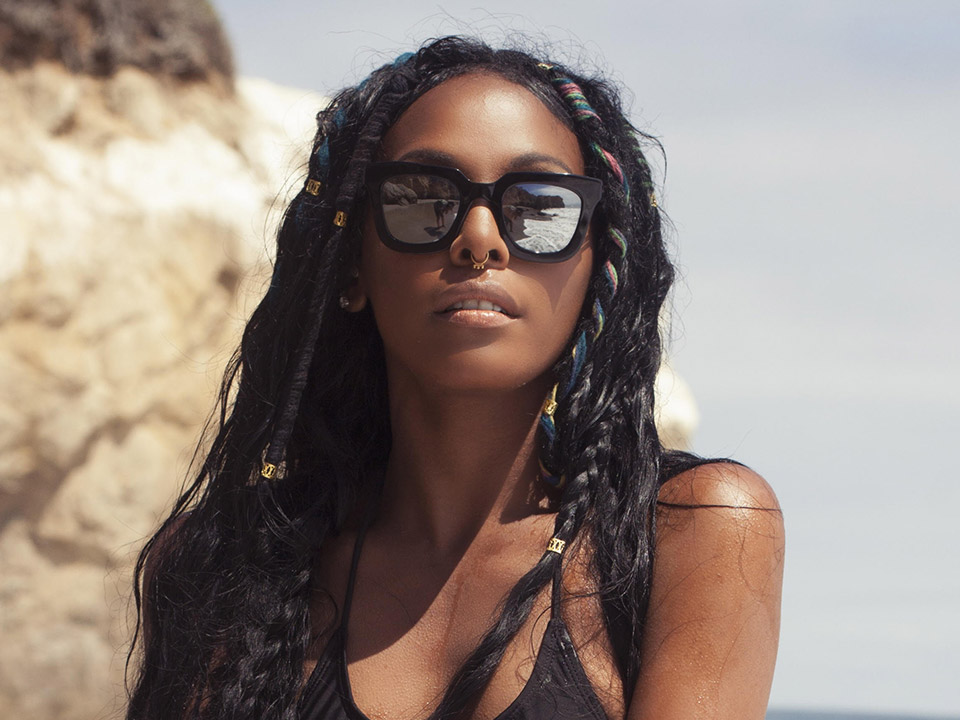 Dawn Angeliqué Richard, known professionally as Dawn Richard, is a multi- platinum American singer-songwriter. Richard started her career after auditioning for Making the Band 3 in 2004, During this time Richard became a member of American girl band Danity Kane from 2005 to 2008, and in 2009 joined with label head Sean “Diddy” Combs and Kalenna Harper to form the group Diddy-Dirty Money.

In 2011 following her departure from Bad Boy Records, she launched her solo career. Richard has released four solo projects (“ATellTaleHeart”, “Armor On EP”, “Whiteout EP”, and “Goldenheart”). “Goldenheart” was released on January 15, 2013, by Our Dawn Entertainment. The album received universal acclaim. Both “Armor On” and “Goldenheart” reached #1 on iTunes R&B/Soul in a matter of hours, reached iTunes Top 20 All Albums, and charted on 5 or more Billboard charts (all done independently with no push). Goldenheart received universal acclaim from contemporary music critics, who hailed Richard as one of the best new acts in pop and R&B. At Metacritic, which assigns a normalized rating out of 100 to reviews from mainstream critics, the album received an average score of 81, based on nine reviews. Alex Macpherson of The Guardian gave it five stars and called it “dazzling and imperious”, writing that, “remarkably, Richard’s array of sonic weapons matches her epic, elemental vision. Jason Gubbels of Spin praised her “aesthetic appreciation” and versatile singing, which he credited for “springing finely placed surprises on listeners lulled into reverie, navigating tricky spots just effortlessly enough to mask her mastery”. Giving it four-and- a-half stars, AllMusic’s Andy Kellman called Goldenheart “sumptuous and grand”, and felt that, although its intensity and indulgence can be staggering.

 In 2014, Dawn released her newest album as a member of multi-platinum girl group, Danity Kane. The album “DK3”, immediately shot to the number one spot on the iTunes R&B/Soul chart as well as reaching the Top 10 overall albums on iTunes. Richard was also a writer on the DK3 album making this her fifth number one album that she has been a writer on. Dawn wrote both “Tell Me” and “Two Sides” on the album. After releasing the final and farewell album DK3 with her group Danity Kane, Dawn Richard readies The Black Era.

“This project isn’t just about the musical experience but also the visual as well. From an incredible collaboration with visual artist Caleb Hahne for the Blackheart album cover, to a high fashion and choreography-heavy based music video for “Blow”, to the launch of her shoe line with Lust for Life; Dawn has set an entire brand around the Black Era.

Sonically, with influences from trip hop to electro pop to soul, this album solidifies Dawn as more than just a progressive R&B diva. This album takes her to Future Electro Stardom. The second installment to her heart trilogy differs drastically from her previous masterpiece, Goldenheart, as this work of art has much sharper edges, more experimental electro sounds, and is just more aggressive overall. You can tell Dawn chose fearless as this album’s lead companion. With Dawn producing and writing alongside her partner in crime Noisecastle III, these two make genres a thing of the past and future now.

The release of Blackheart fell on January 15th, 2015 – which happened to be the second year anniversary of Dawn’s last critically acclaimed album, Goldenheart. Since the release of Blackheart, Richard has been receiving critical acclaim from Fact Magazine, New York Times, LA Times, and Billboard. Many are saying that this is her best work yet. The album peaked #1 on iTunes Electronic charts and Top 20 overall on the iTunes album charts. To accompany the album, Richard released a black and white animation visual titled “Tide: The Paradox Effect”, which is also available on iTunes. This is surely a great year for Danity Kane fans and Hearts alike as everyone is getting the music they’ve been waiting for.

Dawn please tell us a little about you?

Hahaha.. Umm. I’m an artist who hates talking about herself. Lol

When did your enthusiasm for singing start?

Who are your inspirations?

Never thought my sound could be described in 3 words. Seems limiting.

Now tell us about your experience as part of Danity Kane band?

It was a ride.

As far as I know you wrote some songs of the “DK3” album right? Tell me about it?

I’ve always been a songwriter. I wanted to give something special to that project.  I was able to write 3 songs on the last one.

Then about Diddy-Dirty-Money, I mean thats huge along Sean “Diddy” Combs and Kalenna Harper?

How did you got involved with them?

I was writing with the project. Diddy loved the writing and the way the songs were sung so much he put me in the group.

What’s the feeling of having your albums “Armor On” and “Goldenheart” at #1 on iTunes?

Amazing. After my mixtape surpassed 1 million I was already grateful. To see both projects and well as Blackheart go number 1 in less than an hour is amazing. That’s 3!  I’m in awe of that still.

Do you manage to take time out for yourself and if so, what do you get up to?

I work all day everyday. I’m independent and i do this all on my own. No time for much else.

Any touring in your plans?

Plenty. But this is a PG interview.

Chin up, Tits out.

It’s my bridge to the hearts. My way of touching them and holding them. It’s needed

Quote: Find out who you are and do it on purpose