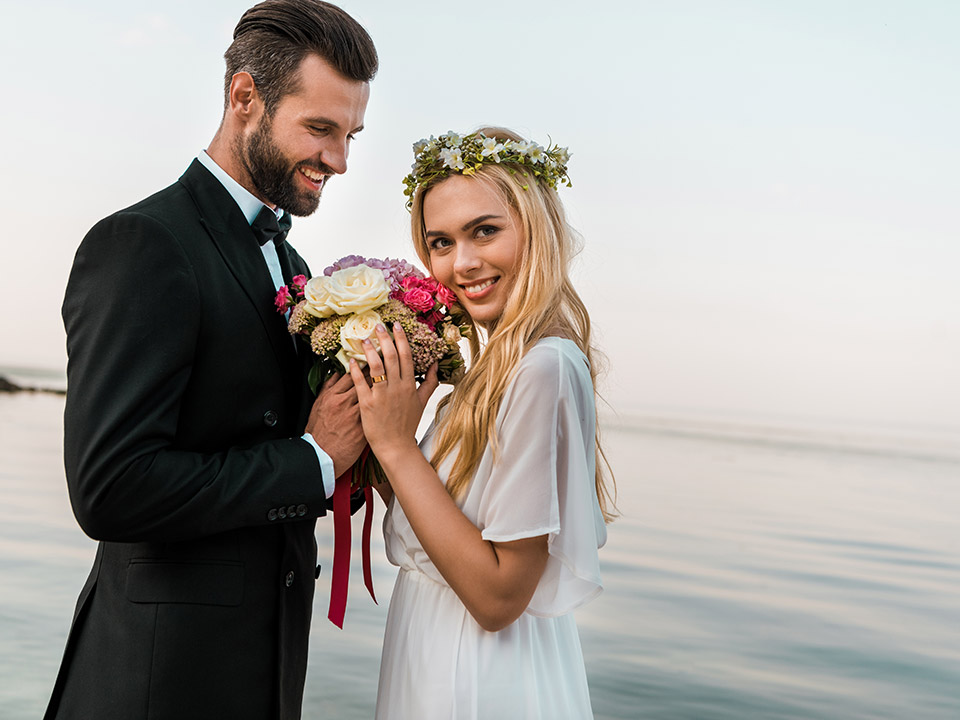 Persian weddings are known for their beautiful decoration and symbolism. Brides in this culture usually wear a white wedding dress, which represents virginity and purity before marriage and the groom wears traditional clothing. The Persians do not need much furniture during their wedding because they think that empty space brings good fortune — only the necessary tables and chairs are needed for people to sit on when eating and drinking. Traditional music instruments such as string and wind instruments will also be played during the big day of the couple. These traditional Persian weddings also have asal, which is honey, and sweets that are served, which represent the sweetness of life. A white veil is also thrown over the couple, which is to protect them from evil spirits.

Hindu weddings are one of the most popular weddings performed in India. There are many customs that come along with this tradition, including sangeet night where both families perform songs and dances together. This custom is meant to display happiness toward the upcoming wedding. The groom will also touch his bride’s feet, signifying respect toward her parents for raising her well. Lastly, there is an exchange of garlands between the couple which symbolizes union, their lives intertwining with each other forevermore. The bride may also receive gifts from her family in order to prepare for married life. Hindu weddings also consist of seven different rituals that can be performed to honor different deities.

Nigerian brides take pride in their traditional wedding wear where different types of fabric and prints are used. The bride usually wears a blouse and a skirt with an ankara head tie to accentuate her look. In this culture, the groom performs a traditional dance to win his bride. He must be able to do at least five moves before he is allowed to marry her. This dance is known as the angbere and is said to represent how strong and brave he can be or any other special skills that he possesses. During the wedding ceremony, the groom also says vows of love and loyalty until death separates them from each other. Afterward, they exchange wedding rings and drinks from a cup of wine, which represents happiness.

The Chinese wedding is filled with symbolism. First, the parents of the bride and groom will speak about their child’s character traits to encourage them both. Next, there is a tea ceremony which represents that the young couple should be well-matched in intelligence and philosophy. They may also perform a three-round walk, representing how they must support each other even through hard times for their marriage to work out successfully. The main objective of this tradition is for the newlywed couple to show respect toward one another by serving tea to each other’s parents before drinking from it themselves. This is a mark of respect and shows that the couple is willing to serve their families.

In Polish weddings, the bride and groom dance with their parents as a sign of respect for raising them well. After this is completed, each member of the family brings out a table where there is bread on top that has been blessed by a priest. This represents how close the couple is to their families. The ceremony also includes many candle ceremonies which represent hope because the candles are never blown out but instead left alone to burn themselves down. Next, they will toast wine together and exchange vows of love and loyalty towards one another until death separates them. Lastly, their hands are bound together with a ribbon to symbolize unity in marriage before changing clothes to formally begin their celebrations as husband and wife after completing the vows.

In Jewish weddings, the bride begins by traveling to the location where she will be married by her father. Once she has arrived, the groom will approach his bride with a ketubah (marriage contract) where he promises to protect and love her forevermore. Afterward, they will go around their table seven times while holding hands in order to signify that they are united together as one new entity even during difficult times. After this, they exchange vows of faithfulness toward one another until death separates them. Lastly, there is an additional candle ceremony where each member of both families lights candles and blesses the couple for many more years of happiness ahead of them.

Different cultures and religions celebrate weddings in different ways, but no matter how it is celebrated, love and respect should always be involved. From eastern to western culture, weddings can be anything from a small and intimate ceremony for two people to large extravagant events. Love is the key to making marriages work out in the long term, therefore it should always be celebrated in whatever way possible.

Get Creative with Anniversary Gifts – Tips and Tricks

Why Your Business Needs Merch