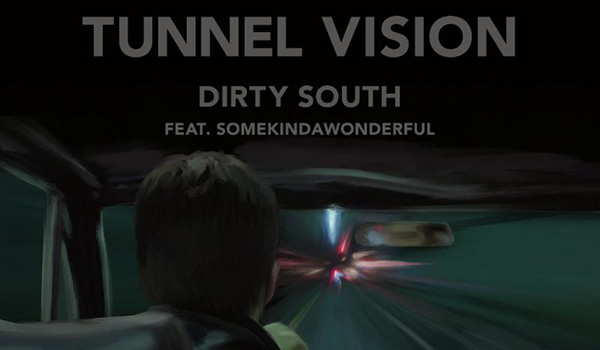 Now available for purchase via iTunes

PRE-ORDER “WITH YOU” NOW AND GET “TUNNEL VISION” AND THE ALBUM’S FIRST SINGLE “UNBREAKABLE” AS INSTANT DOWNLOADS
http://smarturl.it/WithYouDS

Following the success of his first single ‘Unbreakable’, Dirty South shares ‘Tunnel Vision’, the second track revealed from his highly-anticipated sophomore album “WITH YOU”, slated for release November 4th in the U.S. on Astralwerks.

The stunning new track, which premiered last night on Sirius XM (BPM CHANNEL 51), and features the highly buzzed-about band SomeKindaWonderful, further reinforces Dirty South’s status as one of music’s leading visionaries. “Tunnel Vision” is now available as a one-track single and as an instant download with debut album single “Unbreakable” when fans preorder “WITH YOU”.

“WITH YOU” is the next step in Dirty South’s artistic evolution; traversing the electronic, indie, and alternative soundscape to create a sound and vision all his own. The accompanying short film of the same name – written, directed, and shot by Dirty South – is set for release later this year. For a look at the film’s trailer, fans can check out the artist’s YouTube channel here.

Dirty South embarks on a tour of Asia this week and returns to the newly opened Las Vegas hotspot LiFE Nightclub (inside SLS Las Vegas) on Friday, September 19.

Drake and Rihanna at Hakkasan

Ariana Grande Kicks off 2015 with Major Television Appearances and Highly...