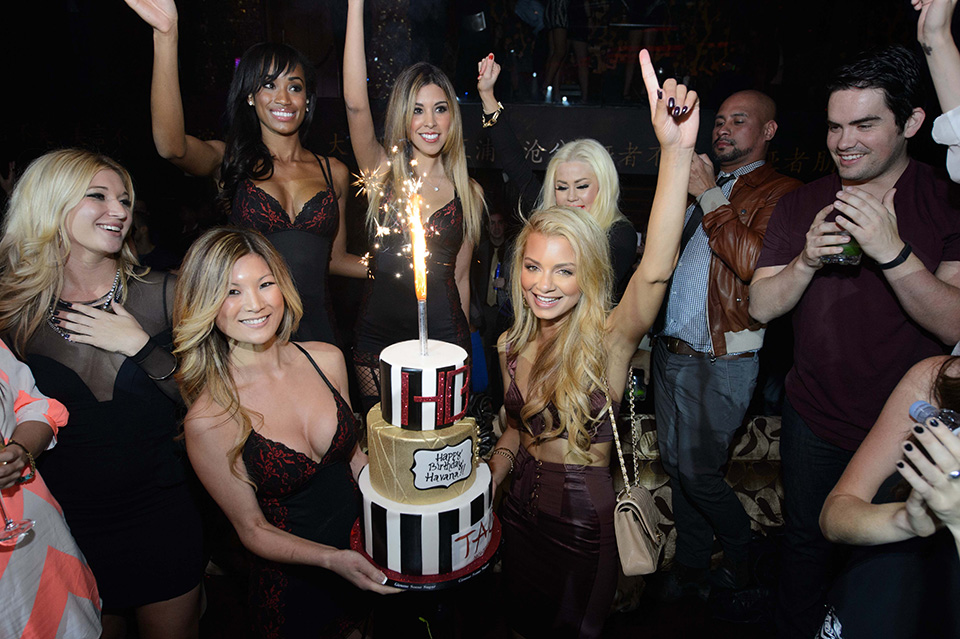 Saturday evening, DJ Havana Brown, best known for her smash hit “We Run the Night” featuring Pitbull, celebrated her 29th birthday at TAO Asian Bistro & Nightclub. Joined by friends in the dining room, the blond bombshell and her group enjoyed cocktails and a range of signature entrees and desserts before making their way to a VIP table in the nightclub. Havana later hopped in the DJ booth alongside DJ Vice where she hyped the crowd and jumped on the turntables. Soon after returning to her VIP section, Havana was surprised with a three-tier cake as DJ Vice and the entire room wished her a very happy birthday. At Marquee, DJ group Cash Cash headlined the night followed by a special late night set by international underground artist Jamie Jones. Commanding the DJ booth in the main room, Jones kept the party going for club-goers, spinning until 5 am on Sunday morning.