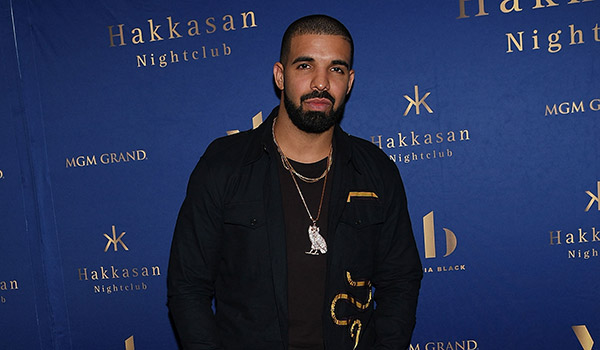 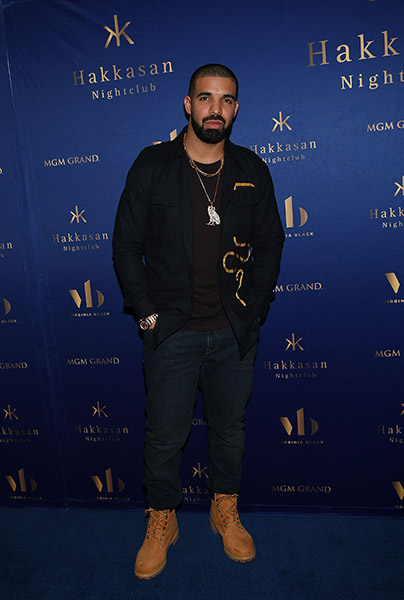 Arriving just after 1 a.m., the GRAMMY Award-winning artist looked handsome as he walked the blue carpet in jeans, a black t-shirt and black jacket with gold embroidery. Seemingly in high spirits, Drake stopped to pose for photographers before making his way into Hakkasan Restaurant to grab a bite to eat.

Shortly after his meal, the heartthrob and his entourage, including rumored girlfriend Rihanna, made their way into the packed nightspot where they got settled at VIP booth located on the Main Stage. Rihanna, looking stunning in a black satin midi dress with an oversized black leather jacket, took her seat as Drake prepared to address the crowd. The entire nightspot erupted with excitement as the lights dimmed and the “Hotline Bling” artist appeared center stage. Thanking his fans for being there with him, the rapper then began performing a number of his chart-topping hits as the sold-out room danced and sang along. Showing off some of his best dance moves, Drake put on a memorable performance with songs including, “Controlla,” “Work,” “One Dance,” and more.

As he brought his performance to an end, the talented star thanked his fans again with a toast and made his way back to his VIP table. Throughout the evening, the group appeared to be fully enjoying their time as they danced and mingled with one another. Drake’s presence brought the energy in the nightclub to an unrivaled level throughout the night as guests danced, partied and enjoyed Drake’s signature Virginia Black cocktails, into the early hours of the morning.