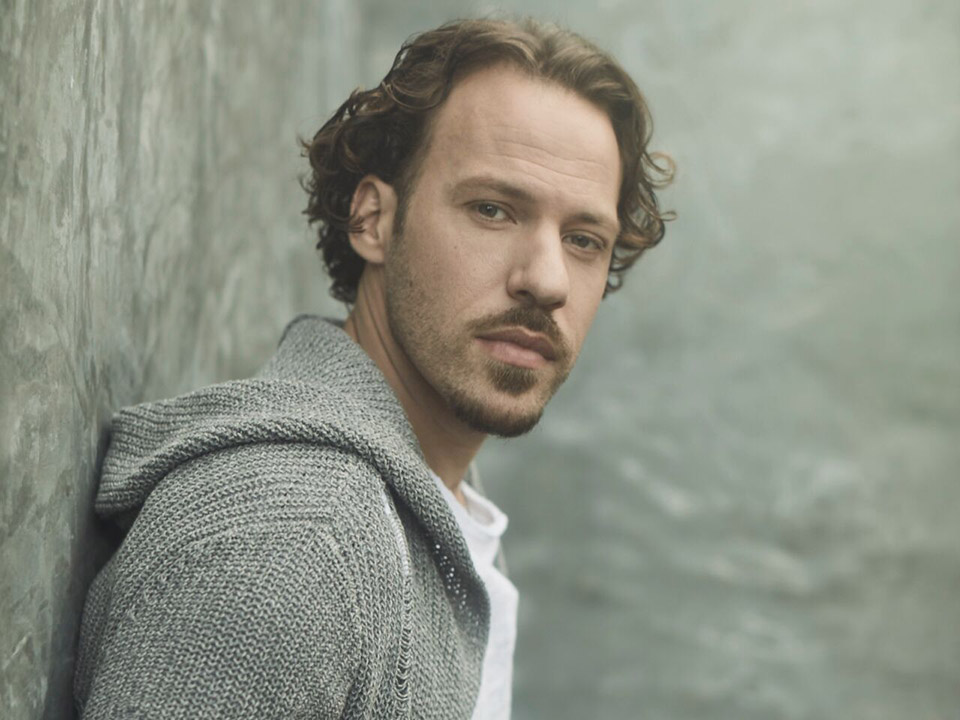 Falk was born and raised in Germany. It was there that he watched the films of American greats like Fred Astaire and Gene Kelly. From an early age, Falk knew he wanted to act but was unable to find acting programs in his area. It was his mother who encouraged him to channel his creative energy through dance, like many of his film favorites. At age 14, he started ballroom dance, which started his career as a professional dancer; touring with international acts and dancing backup for Britney Spears and Mariah Carey. With all of his success, Falk knew that he still had stories to tell and dreams to fulfill. When he finally moved to LA, he found that things would be challenging. He taught dance classes at Millennium Dance Complex in between auditions and acting classes and dealt with obstacles in both his professional and personal life, but he never gave up.

Eventually, fed up with the industry, Falk took his art into his own hands and wrote, produced and starred in a series of short films. The success of those films helped him book his first major role in “Knight and Day” starring Tom Cruise and Cameron Diaz. He credits Cameron with giving him the guidance and support that he needed as a young aspiring actor. “It was really Cameron who encouraged me. She told me to never give up,” wisdom he now pays forward to other young artists. Soon after, Falk booked roles in “The Closer,” “CSI,” “NCIS: Los Angeles,” “Jack the Ripper,” “StreetDance 2,” DC’s “Legends of Tomorrow,” “Arrow” and “The Flash.”

Falk can be seen in the Universal Pictures film “Welcome to Marwen” opposite Steve Carell, Eiza Gonzales, Diane Kruger and Leslie Mann

Determination. I’ve always followed through until the end with anything that I start. wether that be moving to the other side of the world to pursue the acting career I wanted, to fully understanding a sport or trade that I’m interested in. I don’t like dabbling, I want to fully immerse myself in each subject until I’ve done my best.

When I’m not on set working, my daily life in my home of Bend, OR. Varies from skiing MT Bachlor in the morning for a few hours, coming home to take my dog, Maya, for a walk by the Deschutes river, having my neighbors or friends come over for a coffee, and then winding down in the hot-tub before relaxing in-front of a movie at home. Or if Im feeling inspired then I usually wake up pretty early and start writing for a few hours. If I have an audition I’ll set up for an at home self-tape (that I usually really get into, because any chance I get to act or do filmmaking I tend to do full out) currently I’m going back through the Karate Belt system and if the weather is nice I might take the kayak out.

I’ve been really lucky that my family has always supported my dreams. When I moved to the states 15 years ago, I was taking an accent reduction class to fully immerse myself as an American and my family only spoke to me in English for 2 years to help me stay committed. They’re pretty awesome.

My mom suggested when I was younger to start off as a dancer to break into acting. She was a big fan of Dirty Dancing and had no industry insight. But she actually wasn’t wrong. My first lead in a movie was as Ash in Street Dance 2

I played one of the gang members in the episode “The Queen Mary” on “Arrested Development.”  It was  a lot of fun.

My long time mentor Brad Greenquist has been my go-to for the past 15 years. Since I’ve moved to Oregon, its the thing I miss most about LA. Having that weekly artistic gym was such a highlight for me every week.

The best part is working, the worst part is the in between. You never know how long you’ll be unemployed or if you ever will be employed again. Unfortunately being an actor in Hollywood, the amount of time you get to do what you actually love to do is dictated by so many outside factors.

I try to really take advantage of my free time when I’m not on a film set and yet keep a certain work ethic going.  Whether it’s writing a new script or shooting smaller projects to stay in the flow and not feel useless.

To create a life that makes you happy regardless of whether you book a job or not. Don’t depend on your career to be the only or main source of joy.

I study the material to see what my purpose in the story is and then dive into the function and inner life of the character i’m playing. Then try to find ways to make the role as multi dimensional as I can. Sometimes it requires research, an accent, a skill or a lot of daydreaming.

Now tell us about your work on Universal Pictures film, “Welcome to Marwen?”

It was an amazing experience, filled with learning, creativity and collaboration.

And how was working with a big names like Steve Carell, Eiza Gonzales, Diane Kruger and Leslie Mann?

Most of my scenes were with Steve Carell, who was wonderful and very easy to work with.

And tell us about your successful role as Hawkman in CW’s “DC Universe?”

That seems so long ago now. A whole different chapter in my life. Again I learned a lot and made a lot of life long friends.

Oh man, lots.  My most memorable ones were “Knight and Day,” “White House Down,” “Reckless,” “The Dc Universe,” “Welcome To Marwen,” and I just finished a show called “Spides.” Shot in Berlin. A scy-fy thriller in the vain of The Bodysnatchers. I play a detective who follows a new club drug down a rabbit hole to uncover an alien invasion in the making.

I love characters that show vulnerability. That to me is real strength.  Those roles are hard to find. A lot of the male characters focus on being strong, brave and heroic. Not many dive into the human experience of struggle, insecurity and vulnerability. I’ve also always been very drawn to somewhat tragic characters. William Wallace in Braveheart, Forest Gump, Leon in “The Professional,” and Tristan in “legends of the fall.”

I love what I do. From action to cut is where I live. Any character and production comes with it’s own challenges and I’ve enjoyed them all.  I do enjoy character’s that have a little levity to them. I haven’t been able to play those a lot. But my role as Rudolf Martin in “Extraction” had a lot of little fun moments. I love those.

What is next for Falk Henstchel in 2019?

I’m founding a non-profit production company.  A place made for filmmakers, that helps them to tell their story the way they intended it without any corporate interested interfering with their vision. Other than that, let’s see what the Hollywood gods have in store for me.

I grew up a huge fan of Mel Gibson. He played characters that were both strong and vulnerable. Same goes for Jean Reno and Vigo Mortensen. I admire Vigo for both the projects he chooses and the fearless performances he delivers. Truthfully there are too many actors to list here but those are a few.

Currently- a hair tie, Thermus (reusable water bottle), my knife my dad got me when I was a teen.

I’d love to sit and talk the night away with Heath Ledger. Another favorite actor of mine and for some reason I feel like we would have gotten along.  He was one hundred percent and unapologetically an artist.

Depends where in the world I am. When I’m home we say that there’s a “Bend Uniform” which is pretty much hiking gear. everyday. It’s a very active town, so everyone always super casual and ready for some outdoorsy fun. But when I’m in a city I like a good coat.  All Saints has been a store i’ve lately really enjoyed getting my clothes from.

I love soundtracks. Old school R’n’B. And I was the biggest Backstreet Boy fan when I was younger. Just saw them in concert in vegas 🙂

A great big breakfast. A nice hike in the forest – destination a majestic waterfall that you can sit by and relax. Hanging with a solid group of friends, chatting the night away.

I’m still a bit old fashioned and mostly watch films. I love to be immersed in a good story for a few hours and then move on to the next one. But like most I loved “Game of Thrones”, “Breaking Bad” and the way too early canceled “Party Down.”

A good home made soup or winter stew.

As someone who tells stories that touch and inspire people and gives artists a chance to express themselves in a collaborative, encouraging and inspiring  environment.

Not yet. Besides founding my own non profit that will support storytellers who can’t get their socially conscious stories told in the mainstream hollywood system, I’m still searching for the right cause to support.

Quote: Try to understand what people want out of life, and respect that, rather than projecting onto them what you think they should.

Holiday Destination: The dream destination would be Palau. I’m a huge Dive Fan and it’s a dream to go explore the waters of Palau.

Song: Who wants to live forever.