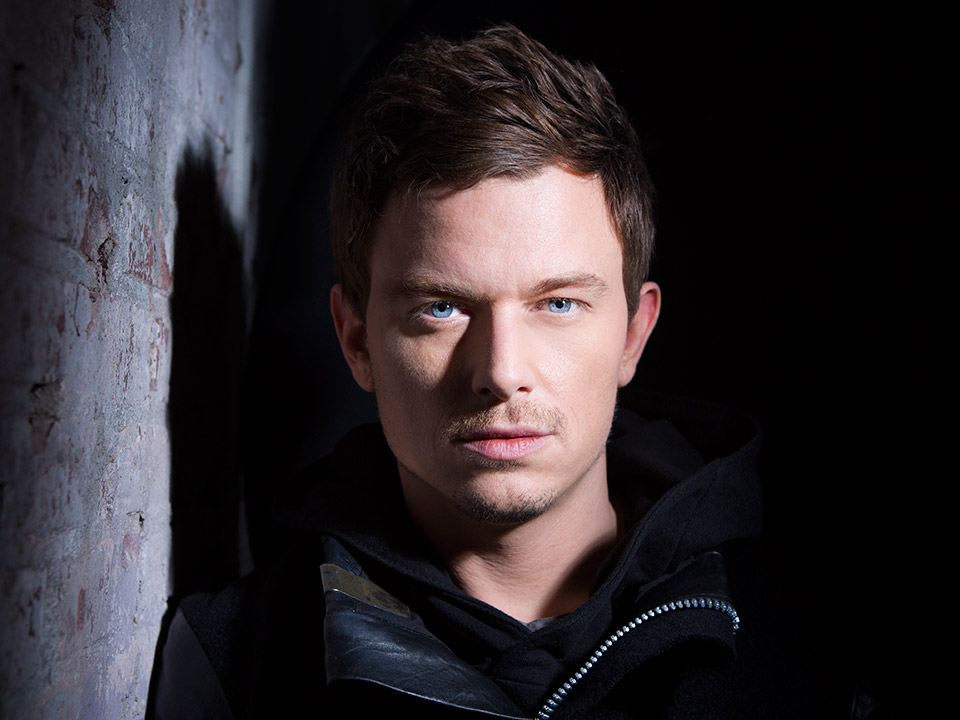 Fedde Le Grand is considered to be one of the most defining figures in the fast evolving genre of House music. His influence is felt continually throughout the electronic landscape; Fedde’s beats, grooves, melodies and rhythms surround us all and have done for many years. He’s been credited countless awards and remixed the biggest artists around – from Coldplay, Madonna, will.i.am, Robbie Williams, Everything But The Girl, Fatboy Slim, to more. Recent additions of Shakira, Rihanna, Mariah Carey, his own all-time musical inspiration Michael Jackson and his long awaited Faithless remix see this list just grow and grow.

Hundreds of thousands have witnessed him at the world’s biggest festivals and most legendary dance floors: Coachella, Exit Festival, Global Gathering, Electric Zoo, Mysteryland, Tomorrowland, Electric Daisy Carnival, Ministry of Sound, Ultra, Sensation and many more, while millions tune in to his Darklight Sessions radio show each week.

Recently starting up his new Darklight imprint, bringing to life his genre-defying show concept GRAND together with RTL LE and on the verge of finalizing his upcoming artist album, Le Grand shows no sign of stopping!

A touchstone, an inspiration and a true pioneer of sound, he is simply Fedde Le Grand.

Hi Fedde, Please tell us a little about you?

Where to begin! Well I started out on my musical adventure about 12 years ago when I decided that I was going to try to make it as a musician. Over the course of that time I’ve been lucky enough to play in clubs and at festivals around the world, start my own label, release loads of music, and put on a huge spectacle in the form of GRAND.

Honestly, I’m inspired by some of the younger DJ’s & producers, I’m always on the look out for new talent and have actively supported that through both Flamingo Recordings as well as Darklight Recordings. Also now on my new album there will be some collaborations with some amazing new talent like Merk & Kremont, Cobra Effect and Holl & Rush. I’ve said before that I really enjoy working with young talented producers; if you don’t keep your ear to the ground; you’re sure to miss some great musicians.

What was your first gig you ever played and where was it held?

Hmm, I can’t say that I remember exactly what my first one was, but as a kid I started this small drive in show, and DJ’ed at small clubs all over Utrecht and the rest of Holland.

The first record I bought was Michael Jackson’s “Thriller”, still such a tune to this day! It was also such an honor to be asked to remix his track “Love Never Felt So Good” – a career highlight for sure.

I’m really not sure I could pick just one. Playing Ultra Music Festival in Miami is always incredible, and of course I loved putting on my own production “GRAND” in Amsterdam last year. We’re really looking forward to the 2016 version in a few months. https://youtu.be/uZ6P_THvWRU

What’s next for Fedde Le Grand?

These next few months will be very busy, with my album “Something Real” finally coming out, and a few dates left on my current tour. I’ll be going all over Europe through the rest of January, and heading back to Amsterdam to put on “GRAND” 2016 in March.

At the moment? Pfff. I think I’d have to pick one from the upcoming album but I really can’t choose just one favorite. I’m very excited with the release of Keep On Believing, Don’t Give Up has always been kind of a special track to me so I’m happy to have it featured on my album. But I also can’t wait for the next release which will be Give Me Some… Lots of exciting stuff going on!!

Why do you think now the Dutch Dj’s and Producers are controlling the EDM scene?

Well, I think it’s very sort of intertwined in our culture. Lots of us really enjoy going to parties, and there are so many great places to do it in Holland. Everyone goes to Amsterdam, but they don’t realize that there are so many other great spots in the country.

Your recent album “Something Real” is set to be released soon, what you can tell us about this album, and how is different from your previous projects?

“Something Real’ is really an album that has been a long time coming. I simply didn’t want to compromise in any way and so just wanted to put out what I really believe in, which is good music. It’s amazing feeling to know that it’s going to be out soon because so much work has gone into it! It’s also quite different from my previous projects. I think my taste in music has evolved a lot since 2009 which reflects in the kind of music that has made it into the album. There’s a few progressive house tracks that people will recognize as my style, but there is even some more down-tempo stuff that may come as a little surprise to my fans (a good surprise hopefully!). I specifically tried to be as open-minded as possible throughout working on this album, I wanted to challenge myself and not let my creativity be limited in any way.

And about your newest hit “Keep On Believing”?

Well this was originally just an instrumental track called ‘Don’t Give Up’, that I added a vocal to later. But I think the vocal transforms the track for the better! It’s funny, sometimes when you have an instrumental that you really like you can get quite defensive of leaving it as is, not wanting to ruin the integrity of it. The track went back and forth to so many singers, but the voice didn’t feel quite right until this one. It really manages to elevate the original into something that I think people are going to enjoy.

Now I’m just so proud to see it out there! https://feddelegrand.lnk.to/KeepOnBelieving

How different is the club scene from Europe to the US?

It’s pretty interesting, I think in Europe people tend to appreciate all sorts of sounds, where in America it’s more about what’s hot now, like Deep House or Future House. America is absolutely the place to go for the best energy; they go all out.

Why do you think places like Las Vegas is becoming such a heaven for club music?

I think a lot of that is about where the biggest clubs are, and where the money is. Vegas is a huge party destination because of the massive clubs, and it just keeps getting bigger because the huge clubs book the biggest DJ’s. I think it all multiplies on itself.

There’s no way I could pick just one. I love playing clubs in Holland, the fans always really appreciate me there, but I do love making it to Vegas every now and again! Eastern Europe is also always extremely welcoming to me. I definitely couldn’t choose.

Probably Ibiza, I wish I could make it more often.

To be successful you really have to work hard and be prepared to fail, sometimes more than a couple times. You have to continue to produce tracks that you believe in, and make sure you get them in the right hands. At the end of the day, it’s all about how determined you are.

If you could choose a place to live where would that be?

Holland! I love my home country.

I really don’t have very much spare time…when I’m not DJ-ing or flying between gigs, I’m at home in my studio working on new tracks, or figuring out releases on my labels. When I do have occasional days free I’ll try make it back to Holland to see family and friends.

Honestly, a lot of what I listen to are demos from up-and-coming producers, either looking for a release on Darklight, or just wanting to show me a new idea. But can’t go without a bit of Adele on there either 😉

I think social media is incredibly important but a blessing really. It’s sometimes tough that you can’t dodge any critics either but so rewarding to be able to communicate directly with your fans. It makes the world so much smaller and I love that, being able to share music is what it’s all about.

What projects are you currently working on and what can we expect from you in 2016?

I’m currently touring, and working on the 2016 production of “GRAND”. It’s going to be a bit different from last time as we’re taking it to the much bigger venue of the Ziggo Dome and only having a one-off special performance. Expect a whole new sequence of acts which will be put to a load of the music off the new album. You can get tickets here: wegogrand.com/tickets. Then of course the album and some more special projects coming up throughout the year… It’s gonna be good 🙂