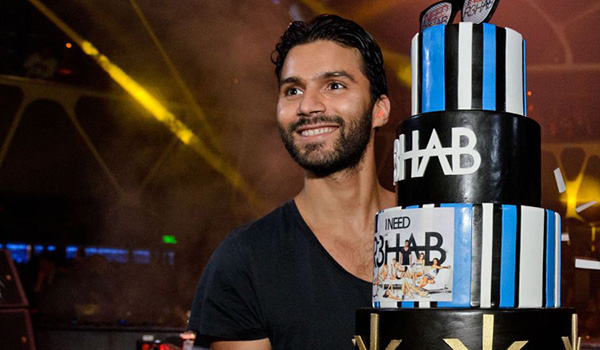 Last week Hakkasan Nightclub at MGM Grand transformed into an unrivaled midweek affair as its newly added event series, Hakkasan Thursdays, took over with a special birthday celebration for internationally renowned DJ R3hab. As thousands of partygoers, industry leaders and locals alike filled the nightlife mecca; the Dutch turntable sensation manned the decks and had guests on their feet into the early hours of the morning. Making his way into the main room of the nightspot just after 12:30 a.m., R3hab was greeted by the soaring excitement from his fans as opening artist Mark Eteson got on the mic to wish him a happy birthday. As confetti flew through the air the multi-talented DJ was presented with a four-tiered cake topped with his signature “I Need R3hab” sunglasses. Grinning from ear to ear, R3hab held his cake up high for his fans to see and the fourth level erupted with cheers from his adoring fans. Ready to get the party started, R3hab took center stage in the DJ booth and spun his hits including “Samurai” and “Flashlight,” both of which reached No. 1 on the Beatport charts this year. The party did not stop in the main room as well-known DJ Shift had the third level of the destination filled with wall-to-wall clubgoers as he played his open-format hits all night long.