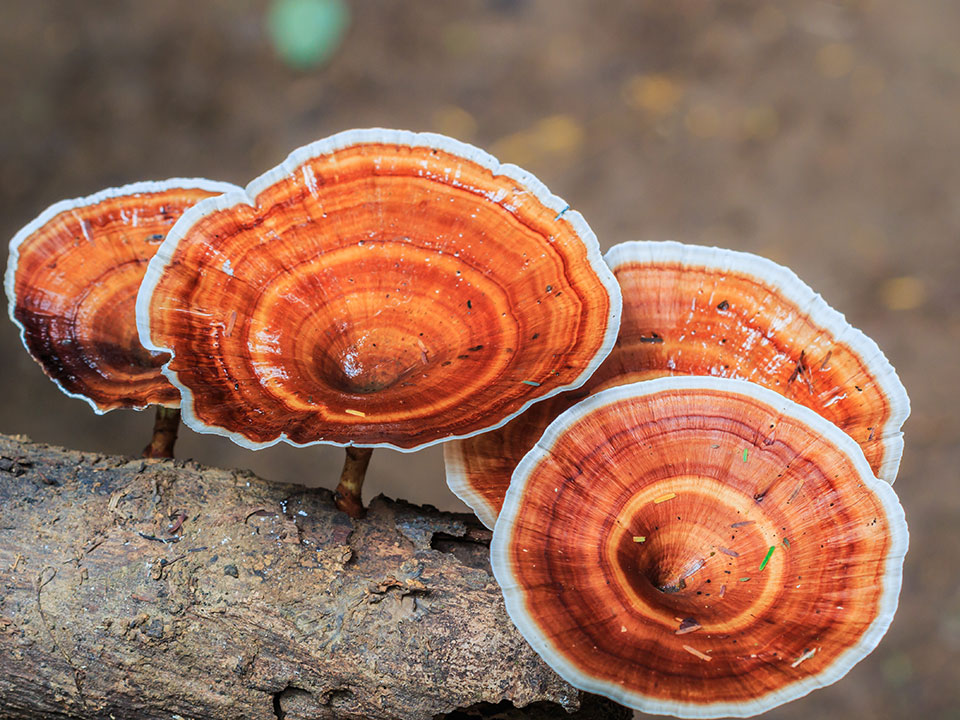 There are many medicinal mushrooms that have been used by humans, mainly in Asia for hundreds of years. Reishi mushrooms are no exception and are considered the most popular ones in treating all sorts of infections.

More recently, studies in Japan and China have been using it in the treatment of diseases such as cancer. They are standard treatment in these countries for more than 30 years now and have a big clinical history of safe use. Their usage is being more spread out as of late, even in western countries. Here, it will be discussed how healthy these fungi really are and how they can help.

Reishi mushrooms have historically been used as an immune system booster in Asian cultures. Particularly, the patients that have HIV and cancer. Complex sugars that they contain, beta-glucans, are able to stimulate the immune system and prevent potential infections.

They are plants that are considered adaptogens and can assist the body to combat stress as well. 132 patients that have suffered from neurasthenia, were alleviated from pains, feelings of irritability, and aches by consuming reishi compounds as a supplement, which will be discussed furthermore.

The research has shown that reishi spores were able to promote liver cell regeneration in mice. They help the organ to function at its best and assist it to eject the toxins out of the body. If we disregard the benefits that were already mentioned, a healthy liver also can manage allergies. In case you are unsure of how to use reishi mushrooms properly, you can find an online health organization of any kind, go to their website, and learn everything there is in order to prepare yourself in the best possible way. Reishi mushrooms are not called the mushrooms of “immortality” for nothing. Sure that they will not make you live forever, but their antioxidant properties are more than helpful. By consuming them in the right way, they reduce the risk of premature aging.

Can They Help In Fight Against Depression?

Not only that the effects they have on the immune system are large, numerous studies have also come to the conclusion that there are other potential advantages reishi mushrooms can bring as well. Those benefits include reduced fatigue and depression and an overall increase in quality of life. A particular experiment was researching just that. Around 130 people that suffered from neurasthenia have participated in this study.

Their fatigue was reduced dramatically and well-being has been improved as well. That was after eight weeks of taking the reishi supplements. Another study on the other hand has shown that the quality of life overall increased only after 4 weeks of consuming mushroom powder in the group of 48 breast cancer survivors. Even though they may not prevent certain diseases, they are proven to help people battle them and eventually, hopefully, overcome them.

There have been more than numerous studies done on reishi mushrooms and what kind of effects it has on cancer cells. The results are more than intriguing. The Journal of Oncology has done a small study, and they came to the conclusion that tumors were shrinking. Those results were gathered from three patients that ate these fungi.

Scientists believe that beta-glucans that are found inside the mushrooms can prevent the growth of new blood vessels. That is the key since cancer needs a steady blood flow in order to spread and grow. The oils that are found inside the mushrooms also inhibit the metastasis and development of tumors. More studies that have been done have shown that chemotherapy nausea is easier to bear and the efficacy of radiation therapy is greater. Before using them, make sure to consult your doctor as they may interfere with your therapy.

Are They Good For Diabetics Too?

In one controlled and double-blind experiment, reishi mushrooms gave great results. They are able to control blood sugar. The possible reason for that is that they inhibit the enzyme that produces glucose. In conclusion, the study has also shown that kidney stress significantly drops and the sugar levels were kept low. Another research on the other hand has shown that these fungi can prevent or even stop kidney complications that diabetes patients may suffer from.

Many different fungi and plants are used by eastern medicine. The reishi mushrooms seem to be the most used and their popularity is starting to increase in the west as well. They boost the immune system and help fight cancer which only shows a few of their health benefits. Before using them, educate yourself on the matter, and consult your doctor if they are suitable for you.

What to Look for When Choosing Your Lawyers

How much mortgage can I afford? Follow these key steps