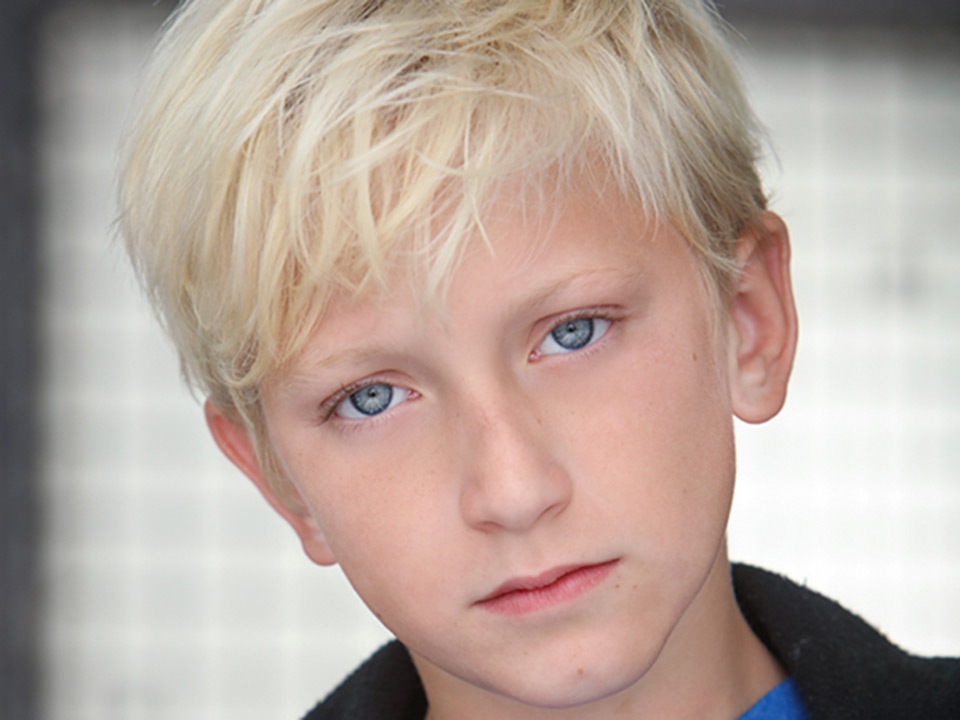 Hunter Fisher is originally from Danbury,Texas. He began acting at the age of 4 after working successfully in baby pageants. His first booking was a PSA for Power 2 Talk.org and shortly thereafter he landed a commercial for the Texas grocery chain H.E.B. After these first few acting experiences, it was evident that Hunter had a true passion for being in front of the camera. As his love for acting continued to grow, he and his parents Diana and Greg Fisher began to travel back and forth regularly between Texas and Los Angeles. Hunter has an older sister April Vaughan and two older brothers Gregory Fischer and Blake West who reside in Texas.

Hi Hunter please tell us a little about you?

Tell us about the film HICKOK?

The film tells a story of Hickok’s attempt to protect the small town of Abilene, KS. from outlaws. Kris Kristofferson plays the mayor George Knox, who offers Hickok played by Luke Hemsworth a job as town marshal. Hickok attempts to protect the town from bandits by enacting a law that no longer permits firearms. Hickok brings in Kaiwi Lyn-Mersereau as Little Arkansas to help him enforce his new law. Trace Adkins, who plays a saloon owner Phil Poe, heads up a gang of troublemakers trying to get the law revoked by taking matters into their own hands. Bruce Dern also stars as Doc Rivers.

And about your character?

I play Joey in the film which is based in the 1870’s. My mom played by Cameron Richardson is worried because I idolize Wild Bill Hickok, who she does think is a good role model.

I have been in movies such as Traded with Kristofferson, Trace Adkins and Michael Pera. Also American Violence with Kaiwi Lyn-Mersereau, Bruce Dern, Denise Richards and Rob “Gronk” Gronkowski Netflix Series GLOW and multiple commercials, films and TV Pilot.

I would have to say Clint Eastwood. I think he is amazing he acts, directs, and produces. I also love John Wayne I love his work.

Would riding dirt bikes, surfing or hanging out with my family

I stay very active, if I am not working I am enjoying just being kid. During the school year I get up very early to start my day.

Hopefully have some leading roles under my belt and maybe a series regular.

Song: You’ve got to stand for something and Stars and Strips

Movie: Paint your Wagon and North to Alaska