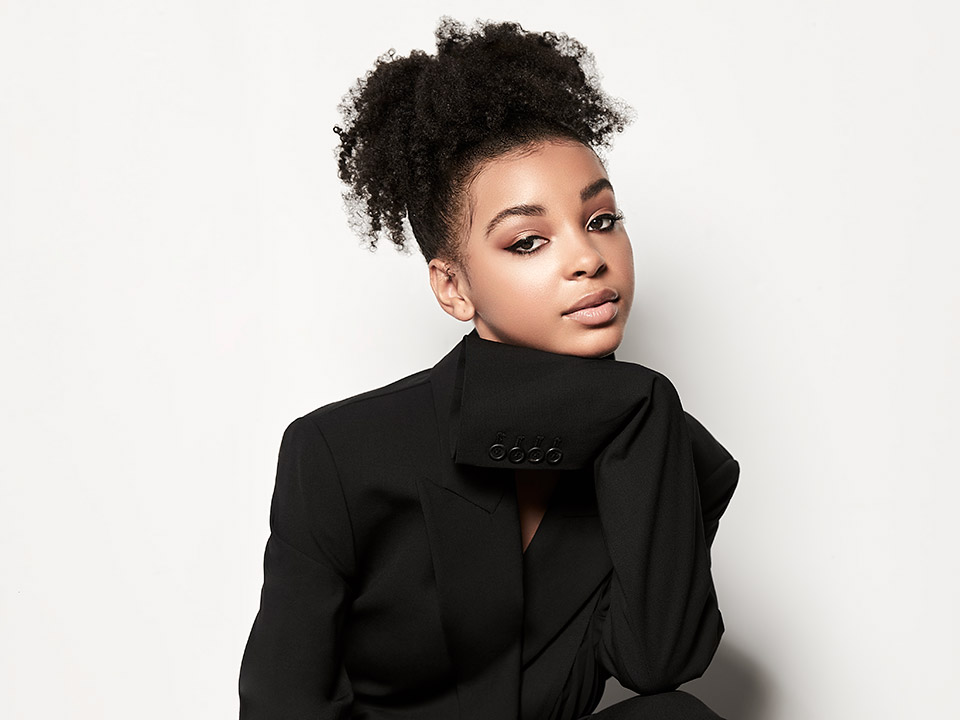 Check out our interview with triple threat Lindsey Blackwell who can be seen starring in Netflix’s film adaptation of the musical theatre production, “13: The Musical.”

Based on Jason Robert Brown’s Broadway musical, “13: The Musical,” is a coming of age story following a Jewish teenager, Evan Goldman (Eli Golden) who is forced to move from New York City to small-town Indiana in the wake of his parent’s divorce, while he prepares for his impending Bar Mitzvah. Lindsey shines as “Kendra,”the head cheerleader and most popular girl at Evan’s new school. She is a kind, driven, and generous person, who sees the good in people. As Evan tries to navigate complex social circles and make new friends, he becomes entangled in Kendra’s love story with another boy at school, Brett (JD McCrary).

In film, Lindsey made her big-screen debut in Universal Pictures’ 2011 comedy “The Change-Up” alongside Jason Bateman and Ryan Reynolds. Shortly after, she was featured in Essence magazine with her dad, William Blackwell, in Luster’s Pink “Daddy Did It” campaign. 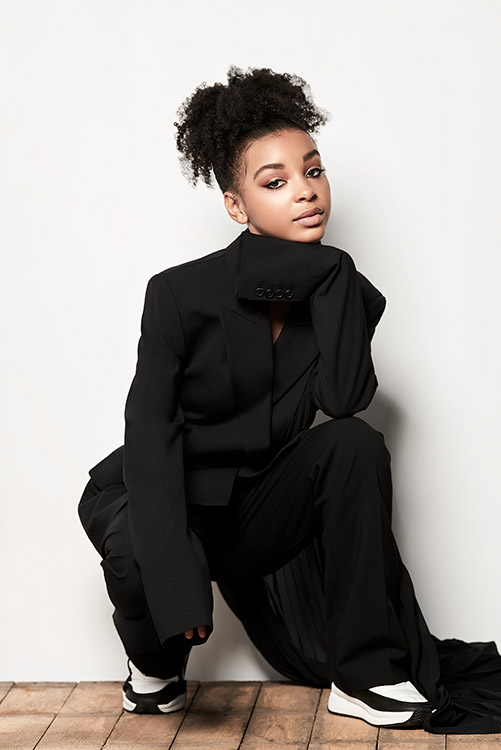 Hi Lindsey, please tell us a little about you?

I’ve been acting for 12 years and singing/dancing for as long as I can remember. I would say I’m living the normal kid life and furthering my career! Up until the pandemic, I was in public school. I’ve played flag football and would definitely do it again! I enjoy spending time with friends and family, but also allowing time for alone time. I am big on self-love and self- care; journaling is my way of winding down. I am truly just a happy person!

I would say I’m goofy, funny, and kind.

I’ve been acting since I was 4, and it all started because of a talent showcase through AMTC (Actors, Models, and Talent for Christ). I was awarded Best Actress and found both my agents that still represent me to this day. Acting is my first love, and I am very thankful for the success I’ve had thus far!

Acting has changed my life for the better. I was put into professional settings at such a young age, and I’ve gained so many skills that help me with school and possibly another career in the future. Being able to memorize lines has (thankfully) helped me get great grades in all my classes.

I start by finding out as much as possible about the project. Then, I break down the character and point out the buzz words. After that, I learn the lines and record!

Tell us about your work in Netflix’s highly anticipated film adaptation of the musical theatre production, “13: The Musical?

After his parents’ divorce, Evan Goldman moves from NYC to a small town in Indiana. As his 13th birthday nears, he has to deal with the stress of a new school and new friends all while trying to make his Bar Mitzvah the coolest party ever.

And about your character “Kendra?”

Kendra is the kind, head cheerleader at her school. She’s been raised by strict parents and she is trying to find her own as the movie progresses. She’s a role model!

I was recently in “David Makes Man” on OWN and “Council of Dads” on NBC! I am currently filming a TV show that I can’t give details about yet, but be on the lookout for that soon!

I like playing the kind and charismatic character because they’re the most relatable for me! I would say that the upcoming role will show my range and it’s nothing like you’ve seen me do before! Hopefully, I will be able to be in a biopic in the future because tapping into a person that actually lived is one of the hardest, but most rewarding things.

I would say seeing how happy and proud my family and friends are of me is the most rewarded part of my work. Making my parents, and grandparents, and great-grandparents brings me so much joy because they have watched me grow and my career progress.

My best advice is to never give up! Being in this industry, there are so many times when you are told no and rejected. It can be very disheartening, but you have to remember that what’s for you is for you! Your moment will come.

Probably energetic, really nice, and pleasant. Maybe a dash of the type of annoying only a best friend knows.

The title would be “Search Within” because I spent a good bit of time in middle school searching for myself in other people and in order to find myself I had to search within!

My advice to younger Lindsey is don’t let people steal your joy! Letting people’s negative comments get to you is never good, and you’re worth it.

What’s next for Lindsey Blackwell in 2022?

I will be releasing my first EP soon with a few covers and an original song. I am also filming a TV show that I will hopefully be able to give more details on!

My favorite healthy food is definitely raw broccoli. I’m not sure if this counts, but I could eat a whole bowl of macaroni noodles with no sauce or anything on it.

My favorite cheat food will forever be any flavor of chicken wings.

My definition of happiness is being content with yourself and the people you surround yourself with. You’re happy when you allow alone time and time for you to unwind after you’ve accomplished something big.

My answer to this question is always my great-grandmother. I wish I could have met her before she passed on because my mom and grandmother tell me that she was the epitome of a girl boss. It makes me happy knowing that I am making her proud.

The best advice given to me is to always be able to adapt. In my career and my life, there are many times of uncertainty, and being okay with adapting to new circumstances will save you a lot of heartache.

Yes, I am a proud advocate of Girls For A Change, a nonprofit youth organization whose mission is to prepare Black girls for the world and the world for Black girls. GFAC offers so many tools and educational opportunities to give Black girls the knowledge they need as they enter into womanhood.

Ahhhh this is always such a hard question to answer because I’m so indecisive when it comes to this. This may be a little predictable but I’ve definitely been listening to “Getting Ready (Extended)” from the 13: The Musical soundtrack. It was one of the hardest songs to sing and I am so proud of myself.

Social media is a place that can be used for good or for evil. It can easily be a place where people encourage others, but often times it’s used as a tool for hatred and bullying. Thankfully, I haven’t experienced much of the negative side of social media.

Quote: “Love yourself first, and everything else falls into line” – Lucille Ball