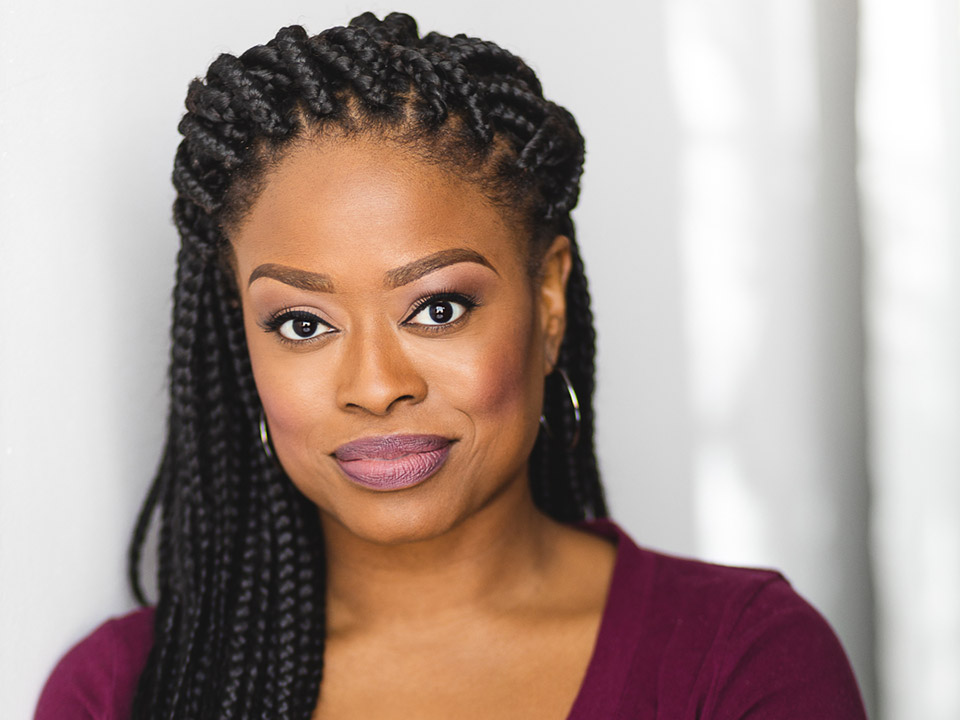 Check out our interview with actress Lisa Michelle Corenlius who is starring in the new film A Sisterly Christmas set to air this December 7th on the OWN Network as part of its OWN For the Holidays lineup. The film is interesting in that it focuses more on family/sisterly relationships rather than the typical rom-com holiday film.

The two sisters featured in A Sisterly Christmas (played by Deborah Joy Winans and Lisa Michelle Cornelius) celebrate the holidays differently—in that one celebrates them, and one doesn’t at all. Then, one year, they receive a joint gift in the form of a luxury holiday vacation. The fun abruptly stops when they run into a childhood rival, and the tension is as fresh as it was decades ago. 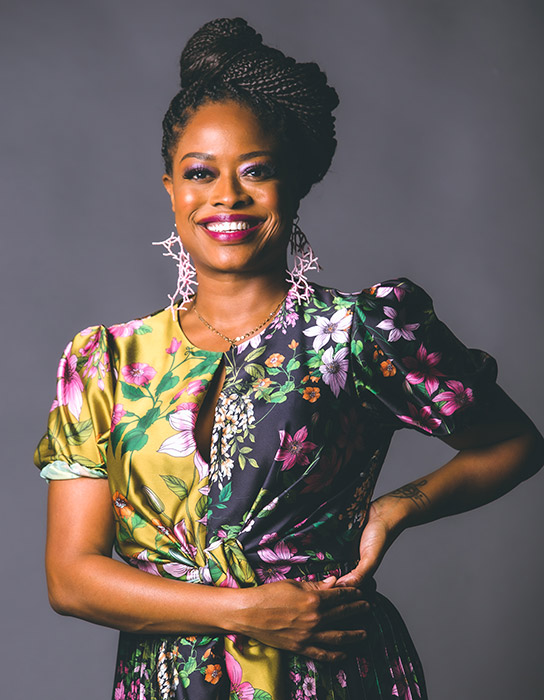 Hi Lisa, please tell us a little about you?

I’m a performer, a mama, a wife, a business owner, a lover of family and all things FOOD!

I got the performance bug after an 8th grade class trip to see Joseph & the Amazing Technicolour Dreamcoat starring Donnie Osmond. It was such a splashy production, it blew me away! I knew from then that I wanted to be a performer… It looked and felt so exhilarating! So I started doing community musical theatre, took drama classes once I got to high school and even co-created my high school’s first drama club so I could do plays every year. I didn’t get my first professional gig until I finished college.

Acting changed my life once I realized that being a performer isn’t just something that I do, it’s also a big part of who I am! It’s a blessing for me to be able to connect with and collaborate with so many different people through storytelling, emotion and entertainment. I’m in love with it.

What is the best and most challenging part of being an actress?

The best part is sinking your teeth into a character – putting on the eyes, ears and heart of a whole new person and telling a story from their purview. It’s rare that adults are paid and rewarded to ‘play’ and yet, that is exactly what I get to do in this job. The hardest part? Auditioning. Wanting a role and not booking it. OR booking it, falling in love with playing a particular character, then having to abruptly walk away from them once that project is over.

With Vicky (from A Sisterly Christmas), I was definitely interested in her and Kristina’s backstory – how and why did their relationship go sour? What was her relationship like with their mother before she passed? I spent time thinking about what Vicky’s life was like before we meet her at the top of this film. As far as actor prep goes, knowing (or creating) the backstory of a character will always help you fill-in-the-blanks about who they are and why they do what they do.

Tell us about the new film “A Sisterly Christmas” and about your role as Vicky Marshall?

A Sisterly Christmas is a film about two sisters attempting to mend their estranged relationship after it was broken by grief. They had lost their mother when they were young and each sister had been coping in their own unique way… separately. My character Vicky finds her solace in indulgence. She goes ALL OUT for the holidays, surrounding herself with people, a full schedule of Christmas events and activities and maybe a hot guy here or there if she can find one, lol! But we get the sense that she is covering up a lot of pain with all of that “extra-ness”, and is forced to deal with that when her aunt pushes her to spend time with her sister Kristina (played by Deborah Joy Winans) and fix their relationship.

I like to play roles with a little (or a lot of!) comedy! We all love a good drama, but I find a little extra pleasure in making people laugh and feel good. Which is why I love that A Sisterly Christmas manages to tackle grief and sibling rivalry with a good serving of JOKES along the way. We had a blast in between takes too, just cracking up at each other, lol.

My advice for newer actresses is to continually train (yes, even if you went to theatre school) for the learning and for the opportunity to connect with your tribe. I’ve gotten some of my best projects by being hired by people I studied with because they had already seen first hand what I can do as a performer.

It’s the same lesson I apply to the rest of my life: just be KIND. To everyone, whenever you can. Don’t fall into the traps of hierarchy, especially on set. EVERYONE is deserving of respect and acknowledgement, not just the people who hire you or can do something for you.

What’s next for Lisa Michelle Cornelius in the last months of 2021 and for 2022?

I guest star in an episode of a TV show (that I cannot mention as yet) that should be coming out in January. I play an outcast witch in the early 1900s. The subject matter was so intense for me that I had to do both “actor prep” and “spiritual prep” before diving into it the way I wanted to. It was a bit of a departure from the lighter-hearted work I more often do, so I’m excited for this one to come out and perhaps spook a few folks. Stay tuned!

Every now and then I’ll sneak in a McD’s breakfast sandwich and a hashbrown. When I feel like I’ve earned it, lol.

Being FREE to make my own choices, owning my schedule, SLEEPING IN, loving and being loved. Oh and a good, spicy meal.

Michael Jackson. His life/presence on earth appeared to be filled with extreme highs and lows. I would love to hear him speak about his experiences from the heart.

“A Long Walk” by Jill Scott. She’s such a poet and that ‘walk’ with a lover she describes sounds like such a vibe. And that song is SO fun to sing (I can throw it down, if I might say so myself).

Social Media is such a blessing and a curse. In many ways, it’s given more “power to the people”… you no longer have to be a person of appointed authority to be heard or to get a message out to the world, far and wide. The curse part, is that jerks and trolls are afforded this same privilege with social media. Some people really should NOT have a megaphone to spew their hate and negativity.

Book: A Little Book of Candle Magic, by DJ Conway.

Quote: “Everything is always working out for me” – Abraham Hicks

Movie: Don’t laugh… but iRobot! I mean come on, if this movie wasn’t telling the truth, I don’t know who is! Lol

Favorite Food: Spaghetti or Pad Thai (i dig noodles from all over the world)

Travel Destination: Anywhere with a beach