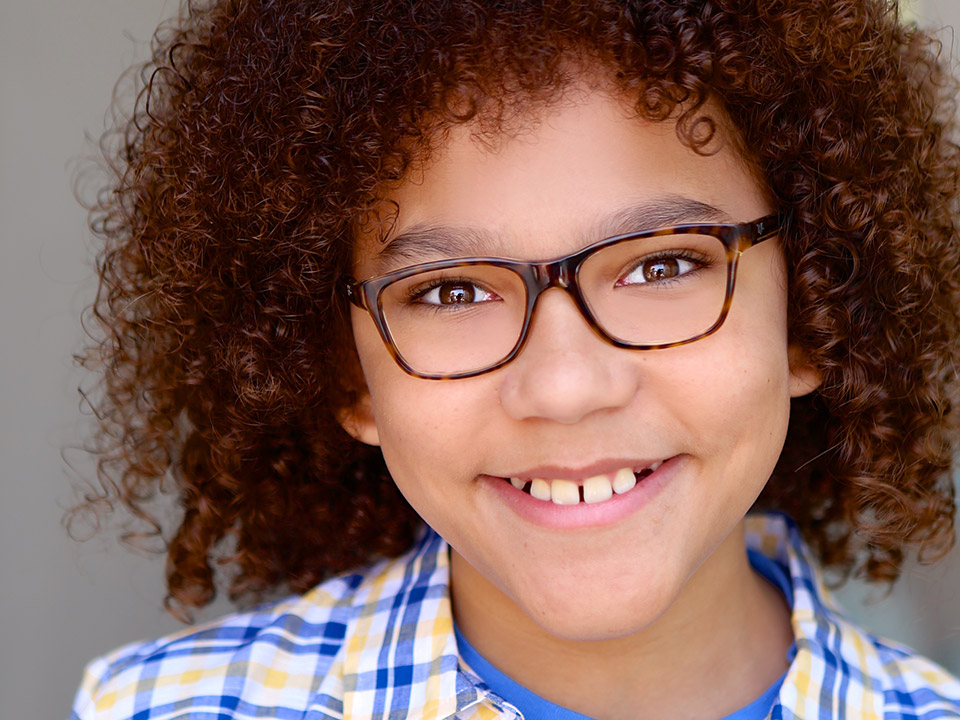 Check out our interview with young actor Ethan William Childress who plays Johan Johnson, opposite Mark-Paul Gosselaar, Tika Sumpter and Gary Cole in the ABC hit series “mixed-ish.” The show centers around the early life of Tracee Ellis Ross’ character Rainbow Johnson on the show “black-ish.” He plays Rainbow’s younger brother in the spinoff show which returns for its second season Today. Later this year, Ethan will voice a lead character in a highly-anticipated film franchise for a major streaming network.

When Childress is not acting, he enjoys playing computer games, Jiu-Jitsu classes, flag football, soccer and swimming. His favorite school subjects include science and math, in which he can create and conduct fascinating experiments. He also gives back to his community by helping families, kids and animals locally and through organizations like Children’s Hospital of Los Angeles. 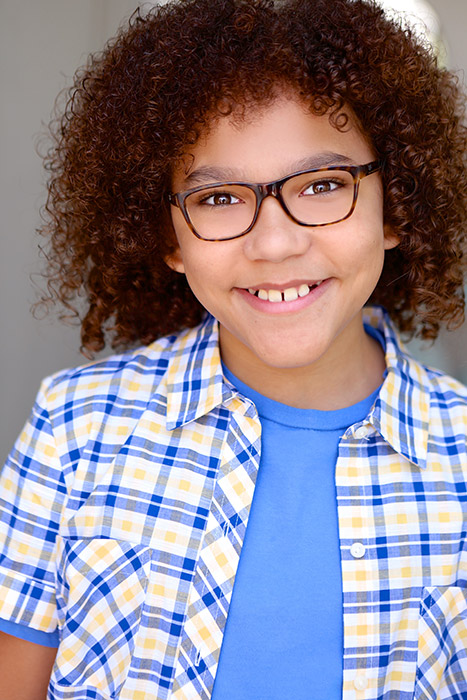 Hi Ethan, please tell us a little about you?

I’m your average 11 year old boy, when you take away the fact that I’m on a hit comedy show. I like to play sports, play video games, do jiu-jitsu, go swimming, hang out with my friends, go to the movies. You get the idea.

My dad actually thought I should respond to one of those “is your child the next Disney star?” commercials you hear on the radio. It was a program that Adrian R’Mante has been doing for years. I thought it sounded interesting and went to check it out. The minute I walked into the room to do the audition I knew this was for me.

I had to give up playing competitive sports. I had to switch to online/homeschooling from brick and mortar. And I had to move away from my family to live part time in California.

One of the best parts is getting to meet so many new people. And I also get to work with some really talented people. I also get to do and try new and interesting things. One of the downsides is that I no longer look at movies the same. I’ll see a scene and wonder how many takes that had to do to get it. I also don’t get to spend as much time with my family and friends as I used to.

Tell us about your work in hit ABC series “mixed-ish?”

It’s been an amazing adventure. I love working with all the cast. They are funny and helpful. Tika and Mark-Paul make it so much fun. And Christina and Gary will always find a way to make the scenes even funnier.

And about your role as Johan Johnson?

I can connect to the character. We’re both curious and adventurous. I love how they write him to being fun loving and yet just oblivious enough to make it funny that he doesn’t always get what’s going on. And that it doesn’t bother him. It’s been fun seeing how the writers are having Johan come into his own.

I read thru the audition and the notes. I need to figure out from what information is given who I see the character is. I work with an acting coach too. They help me understand what direction they may see the character going in as well.

This was my first major role, but I was lucky enough to be a part of a couple of short films prior to this. The United States of Tomorrow was something I enjoyed because it dealt with issues of today (gun violence at school) the same way Mixed-ish does. I have also recently voiced a character in a project set to be released on Disney+ this year.

I like comedy roles. I like knowing I’m making people laugh. And they’re fun. I’d also like do an action movie. And even a drama role to show my range to all my fans.

The most rewarding part is all the new experiences I am able to have. Everyday is a new adventure.

I hope very nicely. Fun to be around. Down to earth. Willing to try just about anything, once. Good soccer player.

What’s next for Ethan William Childress in 2021?

I don’t have anything specifically lined up yet, but hopeful to be able to work during the hiatus. And of course very hopeful for a Season 3 of Mixed-ish.

I cannot pick just one person. I would like to meet lots of people for different reasons. What I would love to do is bring Martin Luther King back because the world could use him just as much as his words.

Attitude is everything. My mom is constantly reminding me of this and as much as I don’t want to admit it, she’s right. The attitude that you go into a situation with is everything.

Uptown Funk, it’s a happy song, great vibe, I can jam to it.

I think Social Media can be a dangerous place for young children and sometimes people aren’t always the nicest. But it is a good way to connect with friends and family. Thankfully my mom protects me from all that right now as she manages my social media account. I get on to look at it from time to time and see what my friends have posted.

Favorite Singer/Artist: Michael Jackson is one of the top ones

Book: Captain Underpants and Diary of a Wimpy Kid series

Interview with “Orange Is The New Black” star Rebecca Knox