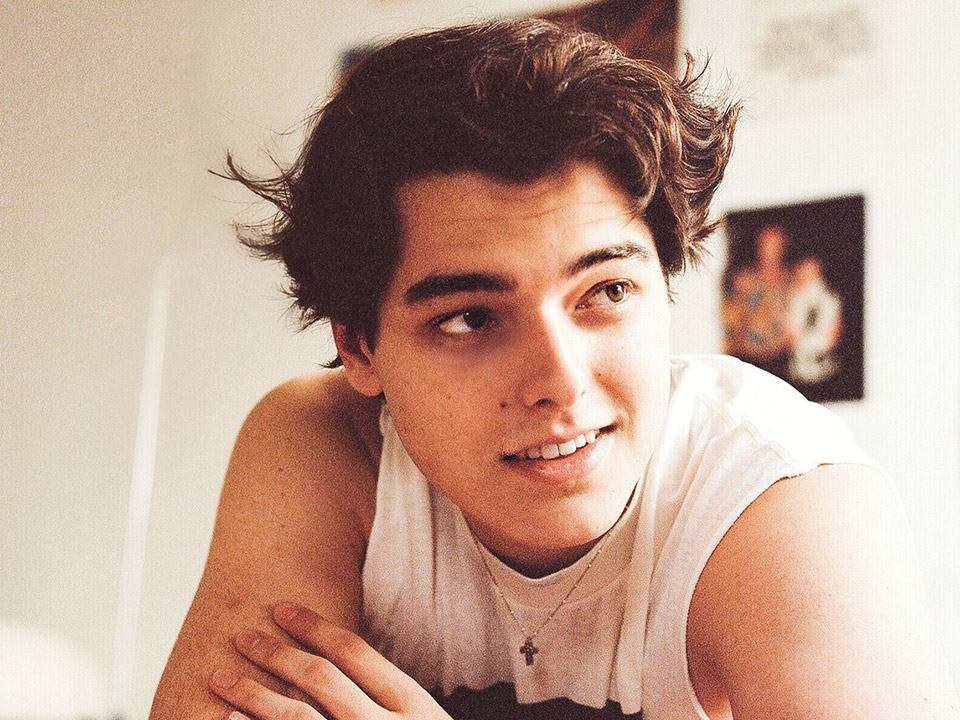 Check out our interview with talented New York based actor and musician Dante Palminteri.

Dante’s new track ‘Far From Me’ was just premiered with Live Nation’s Ones To Watch, and showcases simple guitar melodies, velvety vocals illustrating his impressive range and yearning lyrics which tug at your heart strings.

Palminteri, whose father is the Academy-award nominated actor Chazz Palminteri, is also known for his roles in Sharknado 2 and Orange is the New Black. 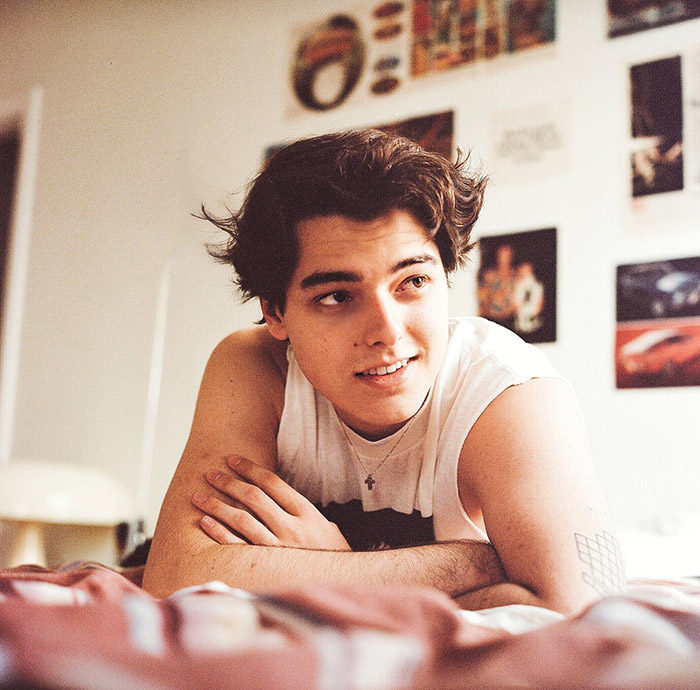 The biggest impact on my life has been made my by mother. She was the one who would play music for me and teach my the different genres. She would take me to band practices after school and come to every gig and be my biggest supporter. If it wasn’t for her I wouldn’t be the musician or the man that I am today.

I grew up in the entertainment business because of my family. I never formally entered it but was brought up in an environment where I was able to experiment and fail and have a tremendous support system to help guide me back.

My main inspiration to start music was John Mayer. That was the artist that my mother used to play for me all the time. Room For Squares was on every car ride when I would go to elementary school. I grew a love for lyrics and acoustic guitars.

Yes, I have a nuclear reactor in my chest.

My next goal is to be an opening act on a tour. Whether domestic or abroad I’m setting my sights on seeing as many stages as I can around the world.

I play a lot in NYC. You can see me playing at places like The Bitter End, The Well, The Delancy, The Cutting Room, Pianos, Arlene’s Grocery and other NYC venues.

Now tell us about your latest single “Far From Me?”

I wrote this song about a relationship ending & trying to remain friends with that person and keep it cool despite still having feelings for them. It’s the first of 4 singles (“I Don’t Even Know You,” “Morning,” & “Take It From Me) I’ll be releasing from now through 2020 culminating into my debut album in Fall 2020. Excited to premiere this one with Ones To Watch on release day followed by an Earmilk writeup to kick-off press coverage. Spotify Canvas live on release day + pseudo video.

What was the feeling to have your single at Live Nation’s Ones To Watch?

Ones To Watch has been the biggest publication to share my music to date so it was pretty awesome to see my music on there. I have been following Ones To Watch since I was a kid so its definitely a big win for me to be featured on it.

And in the acting side, tell us about your recent work?

Acting is funny because it fluctuates so hard. One week you’re auditioning like crazy and the next you’re ice cold.

How was working in “Sharknado 2,” and “Orange is the New Black?”

Sharknado 2 was the first real project I was ever involved in. It was pretty intense subject matter for my first movie me and my friends watched the first one so I was really stoked to be able to get in on the sequel. Sharknado was a lot of improv and we had to think on our feet. On the other hand, OITNB was run airtight.

I’m getting ready to roll out a ton of music and content. I took a small hiatus for the summer to live in the studio and throw a bunch of songs in the bank. I went back to the drawing board to figure out exactly what it is I need to be doing and I’m happy to be executing that plan in 2020.

Anything from Legally Blonde the Musical.

I’m very good at pivoting and thinking on my feet.

Having meaning. Happiness becomes boring if you have happiness and happiness alone. Meaning, however, is much more sustainable and rewarding.

I love to cook and box. I grew up in the gym with my father and grandfather and in the kitchen with my mom and grandmother. Both of those things are huge parts of who I am and who I will continue to be.

I have a new song coming out in January and a really cool new music video to drop alongside it. This is my first music video and I had a few of my acting friends in it and it turned out great. Get really for some teasers in the next month.

Being an actor and musician there is no such thing as a typical day. Somedays I’m recording or writing all day. And other days ill plan to write and studio sessions but ill get an audition and everything has to go out the window until the audition is done. My life is very erratic and you have to be willing to change your plan on a dime. I will say though, my favorite days are the really long studio session days. I’m not a big fan of dropping everything at a moment’s notice but hey, you do what you got to do.

Lots of family and lost of food. A big long table overflowing with our homemade food and vintage wine. Nothing beats that and nothing ever will.

If I took a girl to a really great restaurant and she didn’t absolutely devour the food like I definitely would have.

My parents have a charity called the Child Reach Foundation, and I regularly participate in benefits and fundraisers.

I wish I met Anthony Bourdain. Even though he just died not long ago I always thought I would get to meet and hang with him. I would have brought him to my family and I know we would have been friends.

In 5 years I see myself on a world tour. I have always dreamed of having my music be the key to show me the world and travel outside of New York. I want to be selling out venues like Terminal 5 and the Playstation Theatre and eventually, MSG.

My fashion style strings together two of my favorite styles. I love the 90’s grunge punk look. With leather and skinny jeans and boots. But I also love the classic Italian look like my uncles and grandfather wore. Sometimes I’m more punk when other days I’m a little more Nonno chic.

My interview answer would be how much I think its hijacked society but has some benefits but my real answer is I totally hate it. I hate having to attempt to be “on” all the time. Now a musician has to also be a director, producer, and actor in their own Instagram to try to constantly sell themselves to strangers. But anyway, look below to see where you can follow me on it.

Song: “No Such Thing” – John Mayer