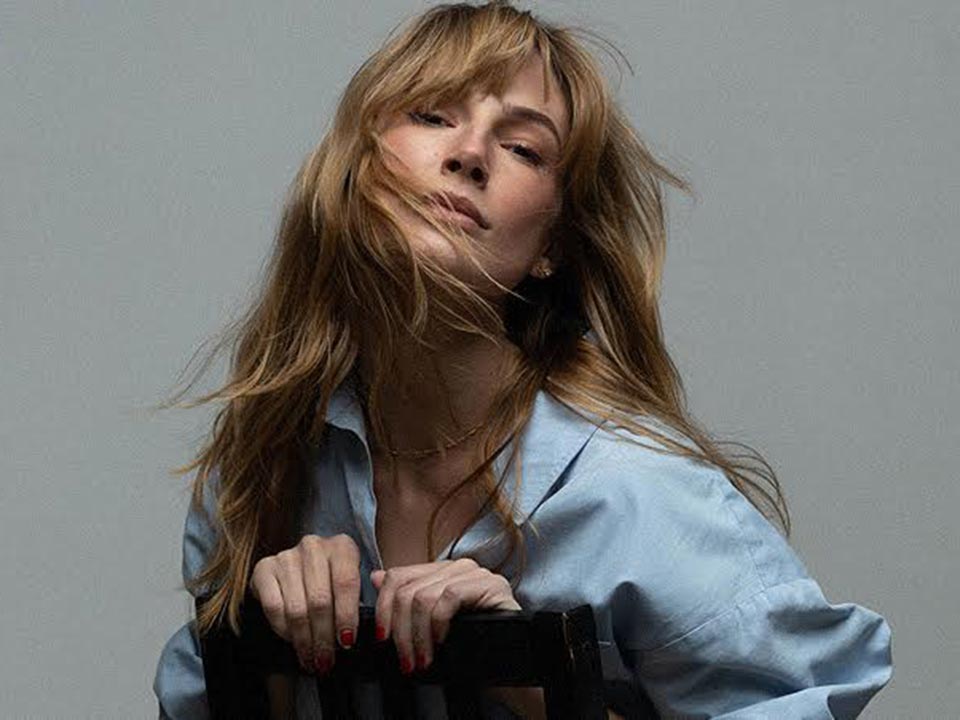 Check out our interview with acclaimed actress, model and soul pop singer/songwriter Hunter who just released her new single entitled “Closer”, the track was inspired by, “the feeling of driving down the road with the windows down on an easy summer afternoon. We’ve been through a lot over the last few years and I wanted a song that could help my listeners escape what’s around us.” proclaims Hunter. With Hunter’s signature soul-drenched velvety vocals singing captivating melodies over breezy pop rock soundscapes, “Closer” is the lighthearted end of summer anthem we all need.

“Closer” is produced by Grammy nominated producer and mixer John Alagia (John Mayer, Sarah Bareilles) and Jesse Siebenberg producer and musician for (Lady Gaga, Lukas Nelson and composer for Bradley Cooper’s remake of ‘A Star is Born’). Hunter has found success performing with Luckas Nelson at the Hollywood Bowl, Austin City Limits and on CONAN. “Closer” is off of her upcoming debut EP set for release September 30th and the single was just added to Now That’s What I Call Music 83.

I’m a tall, blonde, SoCal soul singer who likes pizza and long walks on the beach. Haha. I grew up in a small town in Montana, born from two loving parents who both have exceptional taste in music. Growing up, I had the privilege of being surrounded by the sounds from artists like Stevie Wonder, The Temptations, Aretha, Ella, Etta, to the Beatles, The Beach Boys, Barbra Streisand, Carole King, Joni Mitchell thanks to mom and dad. I’ve been singing since I was a baby and I haven’t stopped. I am a total nerd and music is life.

I really fell into it. When I was 9, our family moved to a small town in Montana. I ended up getting the lead role in this Christmas musical that year and I really fell in love with singing and acting. My mom has a beautiful singing voice, so when I expressed interest she was super supportive. She got me all of these books with sheet music and karaoke singing CDs, and I would sit in the basement for hours after school teaching myself to sing and read music. I got into every choir in school, I started my own band and my own community children’s choir that I directed. That snowballed into going to summer camps and college intensives in the summertime for music. From there I got on American Idol which took me to Hollywood, and I ended up going to LA for music school. After that, it was a whirlwind of learning and gaining experience through studio sessions with other artists, doing demo tapes, background vocals, hustling for any singing job. I also met Lukas Nelson (Lukas Nelson and Promise of the Real) on an airplane and we became friends and he started asking me to sing with him at his shows. Then his dad Willie asked me to sing a couple with him and the family too. Through Lukas, I met my producers John Alagia and Jesse Siebenberg. I could go on and on, but basically I fell in love with music and singing and I let it take me where it wanted me to go.

Tell us about your new single “Closer?”

We wrote Closer in an afternoon. It spilled out. I was sitting in the studio at The Village in Los Angeles with guitar player David Ryan Harris and my producer John Alagia. We wanted to write a fun song, a summer anthem. A song about that butterfly effect when you’re crushing hard on someone. We wrote it just before the pandemic got really intense. And we sat on it for a couple years as I finished the rest of my tunes. We finally pulled it out again last year to finish it and when we were recording the master track, the lyrics took on a new meaning: Yes it was still a song about getting Closer to your crush, but it also became about getting closer to your loved ones now that the pandemic is slowly coming to an end. Which we all thought was so beautiful.

What is the feeling of having your single added to the very popular album “Now That’s What I Call Music 83?”

It feels unreal. Absolutely unreal. The NOW Cd’s have always held a special place in my heart. One of the first CDs I ever owned as a kid was NOW 8. So when I heard my song was being considered for their album, I was ecstatic. The NOW 83 placement was a major milestone in my career that I won’t forget.

I’ve always wanted to record or do some sort of cowrite or duet with a big artist I admire. Or be a featured artist on a major artist’s track. As a listener, I LOVE when two of my favorite artists come together and make a song together. I want to be able to do that and share a special collaboration with my listeners like that. 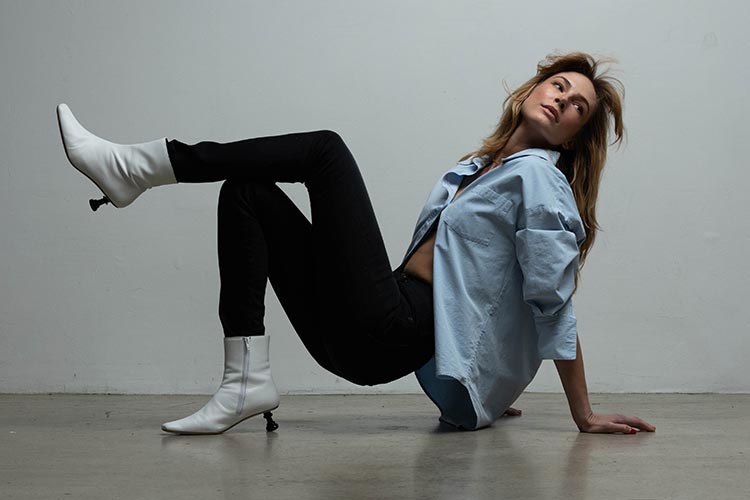 My favorite part of the job is the people you get to meet along the way. I have met some of the most incredible musicians and friends through my job. Music has blessed me with an incredible group of amazing friends. Which I didn’t have much of as a kid, I was bullied pretty heavily from age 9-18. So when I grew up and started working, all of the sudden I was surrounded by like minded people who loved all of the same things I did, people who respected my skills and appreciated me as a human being. Music people are the best.

I’m releasing my debut album in September then diving into writing and recording my sophomore album, gearing up for some local shows and hopefully I can whip up a national tour plan so I can be out on the road with you all in 2023!! 🙂

My all time favorite song is ‘Vienna’ by Billy Joel. That song got me through so many moments of doubt and fear. Its lyrics speak about slowing down, worrying less and trusting that where you want to be is waiting for you.

Life Lessons From a Woman in Music. Why? Because I started from the bottom and worked my way up. I didn’t have parents or a significant other or whatever who helped me cut the line to success. I’m a small town kid who moved to the big city, classic story, but I actually put in the work and made it. My story could be used as a roadmap or guide for all of the little girls who want to work hard and be in the music industry but don’t know how to get there.

Worry less. My biggest regret is letting my nerves and anxieties take away so much of my time and my confidence. I spent so much time worrying and being afraid, instead of using that time to prepare and relax and enjoy the process.

I’m usually up by 7am. But I have mad insomnia so if I didn’t sleep the night before I’ll sleep in till 10. Coffee. Then work! Which consists of taping auditions (I am a tv actress as well, so I do a lot of auditions at home on the camera), shooting commercials or modeling/photoshoots, writing new music and going through voice memos of song ideas and playing around with them, meeting up with musicians to cowrite or record, rehearsing for upcoming shows (I’ve been singing a lot lately with the band The Scary Pockets). I sing, shoot commercials and I model, so there’s ALWAYS something to do on my list. After work, I try to hit the gym. I love taking my friends out for dinner, I like to do girls dinner a few nights a week to connect with my friends. And I end the day with a glass of red wine in front of the tv, usually with some sort of mud mask on my face.

Sleep in, clean the house, cook a meal, sit out in the sunshine.

To be happy is to be content in the present moment.

Veggie Stir Fry. I LOVE asian cuisine and I love to cook it at home. My mom got me a Wok for Christmas last year and I whip that thing out to make stir fry at least 3-4 times a week. I’m obsessed.

In 5 years, I see myself with 3 albums out with a handful of big national tours under my belt. Married (I’m old school, I’ve always wanted a long term partner) with a doggo. I’d also love to get back into film acting, I see myself booking film roles again. Maybe even a singing role like Whitney in The Bodyguard, or something like LaLa Land or Dreamgirls. God that would be awesome.

Favorite Quote: “If you don’t like where you are, then MOVE.”