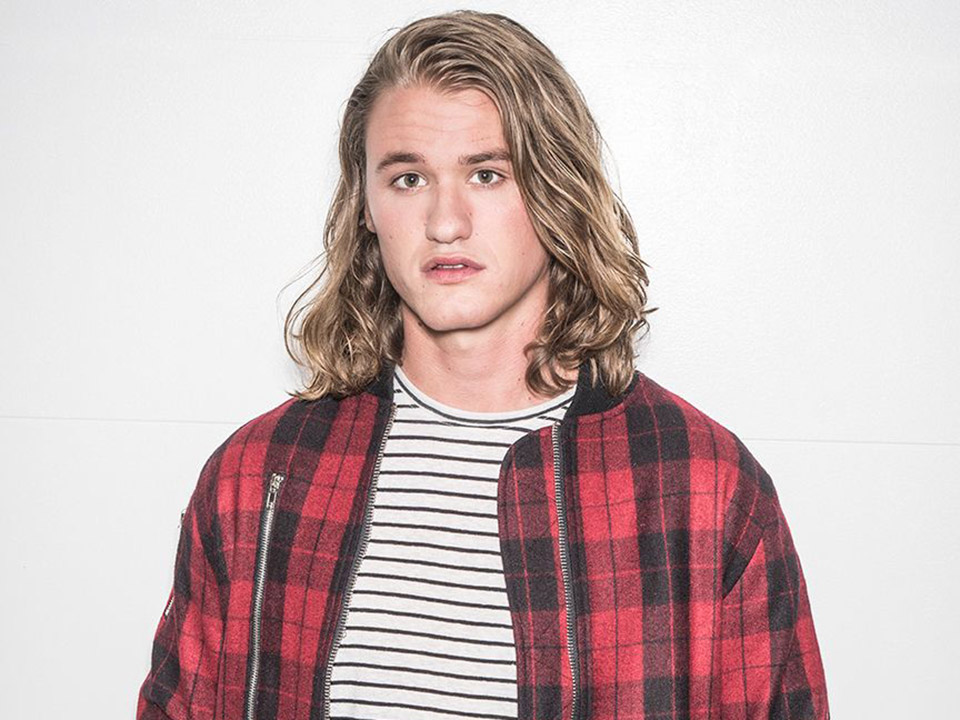 Check out our interview with actor and director Dylan Playfair who can be seen in the independent film “Odd Man Rush.” The film is a memoir and coming of age story of a real-life hockey player who joins Sweden’s minor leagues. Dylan portrays ‘Dean Hunter’ who is forced to come to terms with what his life will look like beyond hockey, a choice Dylan himself had to make when choosing to transition from a life of professional hockey in Canada to acting as a career.

Dylan can also be seen in Hulu’s sleep-hit “Letterkenny,” going into its ninth season. The comedy has been widely received and has won a number of awards including Canadian Screen Awards, Writers Guild of Canada, and Leo Awards. Dylan portrays ‘Reilly,’ a lovable and well-intentioned hockey player providing comedic relief.

He will soon also be heavily recurring in the highly-anticipated Disney+ series “The Mighty Ducks.” 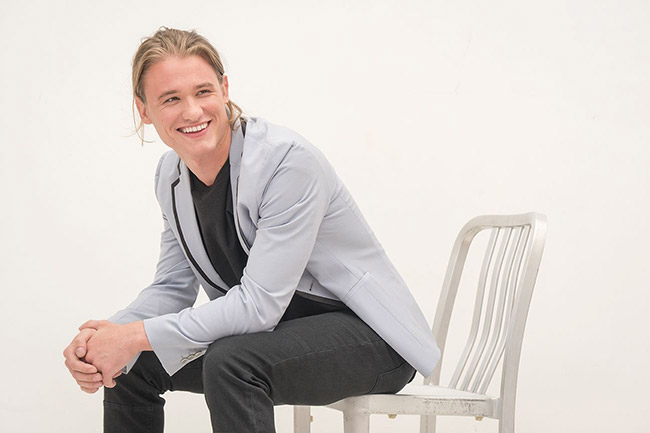 Hi Dylan, please tell us a little about yourself?

I love what I get to do for a living. My family is the most important thing in my world. I love dogs and being outdoors. Acting and making people laugh are two of my favorite things to do.

A question humankind has been asking since the dawn of time… Probably one best left unanswered. I think there was an explosion of sorts, but, it’s all up for debate really.

Both of my brothers are extremely creative. Jackson is an aspiring stand-up comic and podcaster and Austyn works in the costumes department.

I look up to Chris Farley and Mike Myers as actors and to my Mom and Dad as a model for which to build a happy family.

I wake up, meditate and do breath work for 30 mins to an hour. Before Covid I would hit the gym, now I take a sauna and go for a run, grab coffee and take the dog out. I’ll check emails and prep my lines if I’m working. Somedays it’s watching TV all day, somedays it’s writing. My routine varies greatly depending on what I’m working on and where I’m living.

I’ll break down the script to get a solid sense of my place in the story. Pulling real world experiences and incorporating those into the context of the story allows me to put myself in the character’s circumstances. I believe every character you play is a version of yourself living in a world created by the story. Building a music playlist is a very helpful exercise in getting the emotional context of the character. I’ll research the writer and director to familiarize myself with their work and once that’s all done I try to let go of all the “work” and listen to my scene partners, react to what’s happening in the scene and play every moment truthfully, listening and reacting.

Tell us about Hulu’s sleeper-hit “Letterkenny?”

Letterkenny’s a show made by a bunch of great friends with phenomenal senses of humor and even better writing skills (thanks Jared and Jacob) The show’s set in a small town in Ontario, Canada and addresses the hilarious elements of life that comes with rural existence… and existence in general, really. 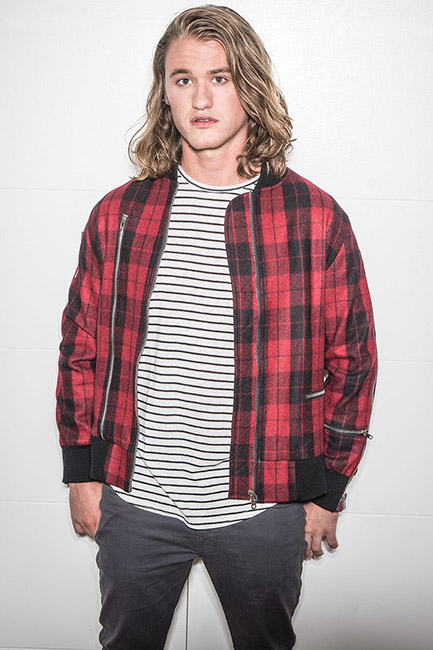 Do you get nervous?

All the time, it means you care. The trick is to prepare so much the nerves mold into a sense of alertness. When you know what you’re, doing nerves are fantastic, when you don’t, they’re terrifying.

Watch your internal dialogue, stay positive. You have the opportunity to shape your outlook and it’s important to support yourself. Be kind, patient and hungry. Do the work, read the books, ask the questions and never stop learning. Watch successful creators and if given the opportunity to act prepare so there are no regrets once the film/series/play is wrapped.

I love characters that challenge me as an actor. Anytime I get to learn a new skill or work with someone I admire it’s a fantastic experience. I really enjoy making people laugh, however playing truth in challenging stories is something that leaves me feeling very satisfied as well.

What is next for Dylan Playfair in the last months of 2020?

It’s impossible to answer that, in March 2020 I had a full slate with a wedding, the Letterkenny live tour and season 10 as well as a new TV series but Covid put all that on hold… so I’m going to play it safe and plead the 5th.

I would love to do a war film one day. I’m a bit of a history buff and those kinds of stories have always fascinated me.

Still acting, I love acting. Maybe my family will grow and my resume will include more director credits. Having a home in Vancouver as well as Los Angeles would be great… but maybe New York? Or Toronto? What about London? It’s a mystery and that’s what excites me.

Empire of the Summer Moon

Ice cream… I’m lactose intolerant so, it’s a big deal when I break and dig into mint chocolate chip.

Surfing and scuba diving in Bali with my fiancé.

I love traveling, exploring new places, boating, hiking, new countries, new people. It really leaves me inspired and curious and those are important elements of our industry.

We’re watching Homeland right now, it’s really good. My pals and I had a movie night recently where I saw Naked Gun for the first time and that was a master class on comedy. Unreal.

Pjs all day, lazy and comfy, door dash Ramen noodles and a lot of binge watching TV, cuddling with my girl and doggo… is it Sunday yet?

Hockey Gives Blood is a stellar organization dedicated to helping those most vulnerable during dire moments. When blood is needed to save a life anonymous heroes step up to the plate every day and HGB caters to those heroes and provides life to those in need.

Great tool to stay engaged with fans but something to be careful with. It can take over your mental state if you’re not careful.

Quote: Do what you love and you’ll never work a day in your life.