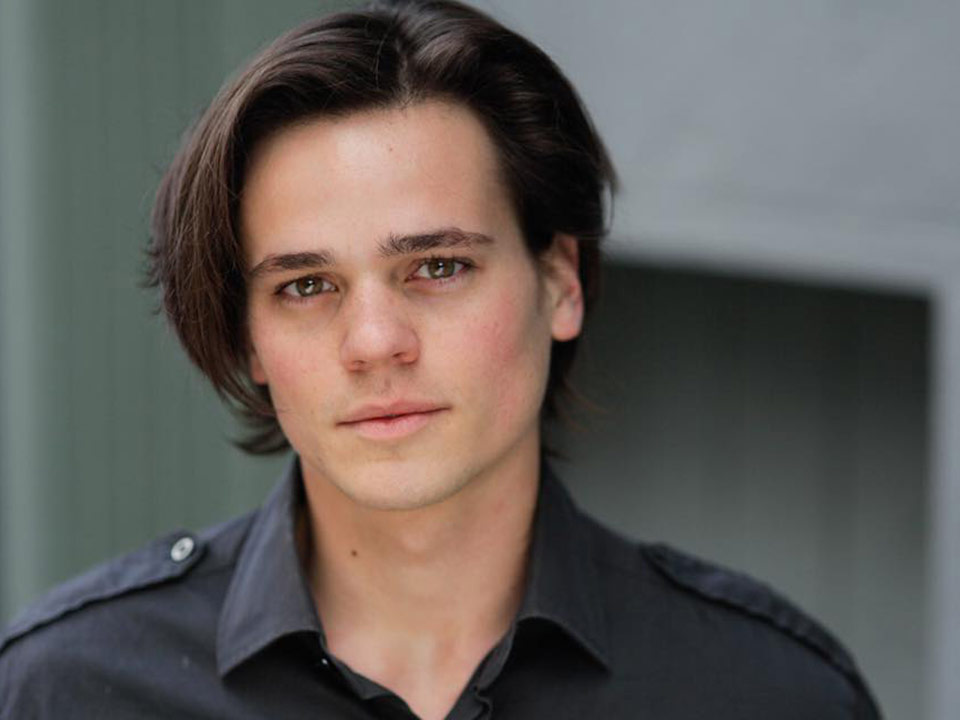 Check out our interview with actor and music artist Aaron Dalla Villa who is most known for his roles in the horror films “Pledge” and “Trick” which are both currently streaming on Hulu. He is also in a new movie that was just released September 1st called “Immortal” (horror/thriller with Tony Todd and Dylan Baker) where Aaron plays the role of Kyle.

Aaron won Best Ensemble Broadway World Long Island 2015 for “Orphans,” by Lyle Kessler, directed by James Bonney at the Conklin Theatre. He was also nominated for BEST ACTOR for his work in the award-winning short film, “The Fold,” directed by Andrew Kiaroscuro.

He has a lot of things going on in film/tv and music with his new singles called Conspiracy and Demon Killer, available on Spotify and all digital outlets.

Totally by accident. I had a slight injury (sprained ankle) after hopping a CTA turnstile in Chicago and, unable to accept an immediate contract for employment with my preferred dance company, I hopped on Craigslist and started submitting for acting projects.

I may have never gotten into the acting business. I might still only be skilled in dance. Also, that company folded a few years ago, so I believe I ended up making the right decision.

In the early stages of the pursuit, the worst part was telling people I was an actor. They would immediately ask me if I had a backup. Backup? Nah, I burned all my boats. If you have a backup, it means you meant to fall back on that all along. This industry takes every ounce of you, so save your energy for the pursuit of the dream. Once I had a few credits, their opinion changed. The best part is being able to play characters in situations that I’d never find myself in my real life because most characters I like would involve attention from the cops, lol.

Tell us about your work in horror films “Pledge” and “Trick?”

Some of my favorite experiences on set so far. Both directors let me really play with the character and stretch my creativity. Proud of my work in these films.

And about your new movie, “Immortal?”

I had the pleasure of working opposite Dylan Baker in a scene and learned a lot from how he works.

I’m attracted to anti-heroes. Someone who may feel that he’s against the world (when he’s actually not) and has something to prove. A bad guy with a heart of gold. Probably because that’s how I feel I’m viewed as in the real world; someone who is fighting for what they believe. I’m a fighter. But I’m not just attracted to bad guys; I like the loners who have to act heroically because of the extreme situation they are in.

I am blessed to say that I’ve been a part of so many other great ones. DUELS (now available on the Black Pills app), ALL THOSE SMALL THINGS (where I get to flex my music and comedic skills), and ALPHA RIFT (where I get to play the Marty McFly hero type — it’s really going to open up my body of work and show directors what else I can do). And my secret project on the way with director Daniel Robbins (PLEDGE). It’s going to give people a real inside look, and I’ve never been this vulnerable before. The gold of acting lies in vulnerability.

Being on set, stage, or sound studio is a feeling like no other. All your hard work comes to a pinnacle, and it feels like a pure vacation. The work is in the audition. Playtime is on set. Working with other actors is the only way to truly grow as an artist. You can only learn so much in the classroom. You have to apply it in the real world and be willing to fall flat on your face. Trust me, you will. The challenge afterward will be standing right back up. That makes you a champion.

Now tell us about your single “Conspiracy and Demon Killer?”

“Conspiracy” was written four years ago when I saw what was happening around the 2016 election. It’s a political song where I laid premonitions of what may occur next. “Demon Killer” is my super energetic and upbeat track that mainly serves as an ode to my sobriety, for without, I may not have a career in this business.

“Bring It” is a cool and laid back club track and collaboration with Paul Anthony and the legendary R&B group Full Force. Paul managed me while in his boy band, and I always wanted to make a song with him. Upon the band’s breakup, we finally found the right song to work together on with showcases some of my best work to date. It’s a dope banger with viral ability.

I am still finding my sound in my music. I’m finding that the laid-back flow with pops here and there serve me best, and it’s something my audience would prefer to listen to. It also helps establish me as DALLA VILLA and not me trying to be someone who has come before me. I want people to bob their heads to the track and not push “next.” Cool, laid back, and easy on the ears is the goal.

Reese’s Peanut Butter cups and fries. Not on top of one another though, lol…but that does kind of sound delicious.

Modern, eccentric, and flashy. I march to the beat of my own drum. I don’t follow the traditional fashion sense for men (I have a leopard print jacket, lol, and when I rock it, myself and people love it).

What’s next for Aaron Dalla Villa in the last months of 2020?

I’m shooting something in October, working on songs, auditions, finishing up several other projects, etc. The work doesn’t stop, regardless of a pandemic, and neither should I.

I am still trying to figure that out. Accolades really make happy, but those are temporary. I’m finding that helping people and the positive impact I have on others bring me more long-term happiness. You can really inspire people and save lives doing what I’m doing, and you can’t put a price on that.

Working on music, going on a coffee date with a beautiful girl, and going outside to rest/relax and enjoy the fruits of my labor.

Brando. Hands down. He’s the best, in my opinion, and it would be incredible to learn from him.

“Take your horse out of the race.” – James Bonney. This isn’t a race, so why treat it like that. Enjoy the process. The journey and experiences along the way are everything. The result is fleeting.

I’m getting involved with local shelters in NYC to see where I can volunteer my time and help support animal adoption/rescue/finding them a home. I love animals and despise any person who would mistreat an animal.

A list Hollywood. Major motion pictures. Signed recording artist with a major label. Millions of streams on Spotify. Having my own TV show. Producing my own content on a larger scale budget. If you’re going to go for something, go all the way. Don’t settle.

All kinds, from rap to metal to classical to blues.

It’s a great way to connect with people worldwide, but it can also be a black hole for wasted time or comparing the way I feel on the inside to someone else’s outside. It takes a lot of upkeep, and when combined with a busy creative/audition/shooting schedule, it can feel overwhelming. You have to set boundaries for time spent on it.