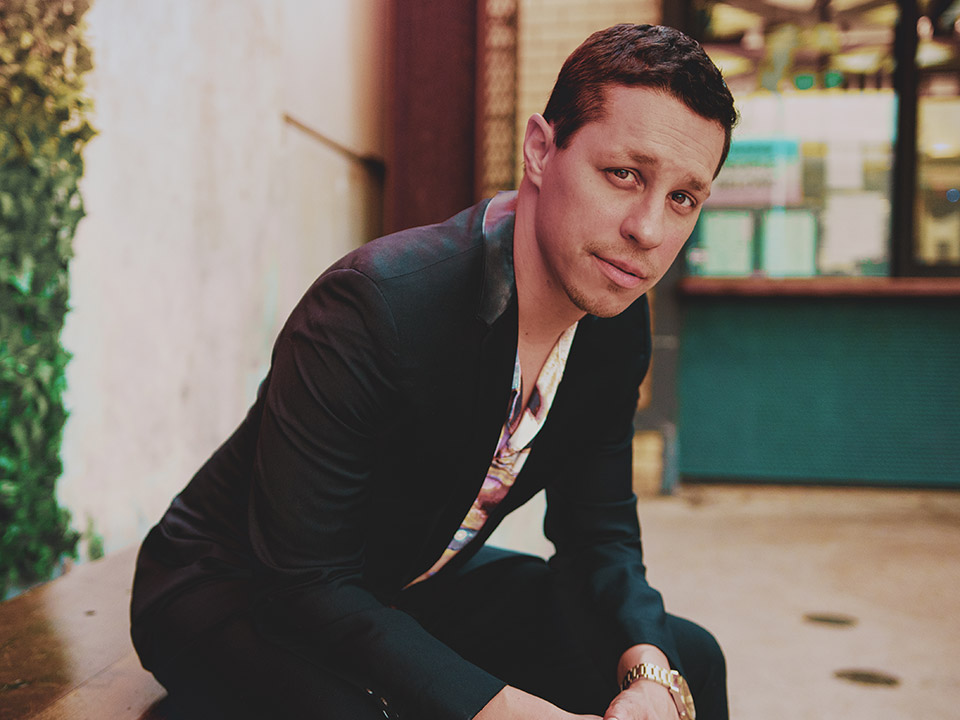 Check out our interview with Latinx actor, director, producer, and writer David Del Rio who can be seen as the co-lead role of ‘Ben’ in the new Hulu comedy series “Maggie” alongside Rebecca Rittenhouse. The series follows a young woman (Rittenhouse) who tries to cope with life while coming to terms with her abilities as a psychic. She can see everyone’s futures, but her present is a mess, especially after meeting ‘Ben,’ a high school teacher, who she discovers she’s destined to be with after a palm reading at a party. It’s an adorably fun summer romantic comedy series.

David has appeared in and developed several well-known film, television and theatre productions. You may recognize him from critically-acclaimed television events such as Fox’s “Grease Live!,” starring in ABC’s rom-com “The Baker and The Beauty” and Universal’s “Pitch Perfect.” 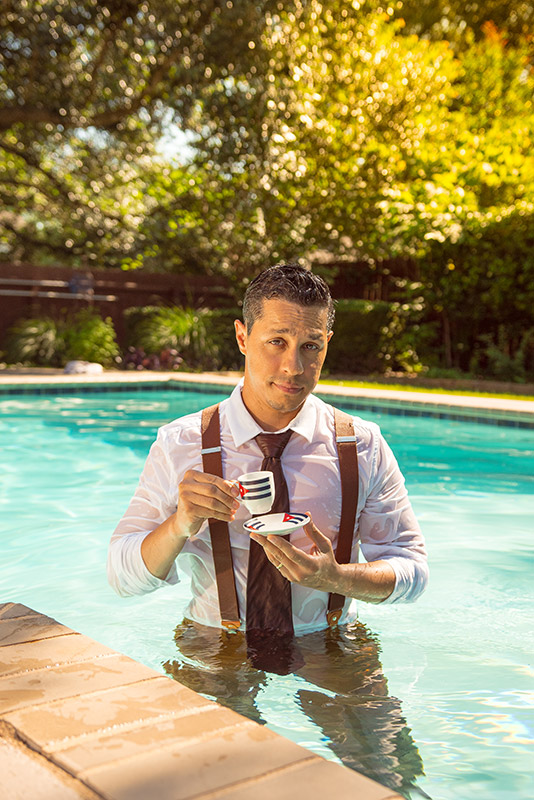 I’m a Christian man first and foremost. My faith is what has grounded me throughout my entire life. I know people feel weird talking about their faith right off the bat, but I think it’s a beautiful strength to have. I’m Colombian and Cuban from Miami, FL. Husband to Katherine Del Rio, who keeps our life on the positive and always more intelligent path. Still learning from her day by day. That’s as little as I can say about me, but they are the most important things about me.

Cinephile, friendly, and a ham.

I’ve always wanted to be an actor since I was young. Got into art schools in High School in Miami and College in New York City. One year after graduating, I auditioned for a television series that started my career and grateful to say it’s been a hell of a ride since.

It’s taken me to places I never thought I would travel to. It’s introduced me to people from all walks of life with different passions outside of the industry. Anytime I’m on set, I’m not on the field of work, it’s more like the field of life lessons.

What is the best and worst part of being an actor, producer and director?

When you’re doing a job, you’re bound to have ups and downs. But I really think the best takeaway is the joy of having like- minded artists all there to do the same job, which is to tell a story in a way that it hasn’t been done before. The worst part has to do with self doubt, you can be your own worst enemy in a lot of situations.

Tell us about your work as the co-lead role of ‘Ben’ in the new Hulu comedy series “Maggie?”

It’s a dream to play with actors like the cast of Maggie. They’re absolutely hilarious people, full stop. They’re electric and their commitment to enhancing the rom-com narrative makes me truly just marvel at them on set. Ben is a Mexican-Cuban history teacher who gets his palms read by Maggie at a party when some sparks fly. It was a special journey, exploring the growing friendship between Maggie and Ben with Rebecca Rittenhouse, who’s a real pro. It was really important to us to try our best to navigate the on again/off again chemistry between the two characters because we can’t give the audience everything all at once, that’s just not part of the formula. So we really dove in and embraced the contrasting factors of Maggie and Ben. Maggie can see the future and Ben teaches about embracing the past, so how do they define the present when they are together? Ben and Maggie are flawed individuals, which is what I always want in a character, so the writers did an amazing job throwing the constant wrenches into their life.

It changes every role. It’s a different type of investigation tactic based on the story that’s been handed to you. You figure out what the character wants, where they’re from, what they’re looking for, and what their point-of-view of the world is. From there, I try to figure out the best approach in expressing a character’s story.

Always awkward to answer this question. Most people know me as Mateo aka “MC Cubano” from Baker and the Beauty. That show was short lived, but the huge feedback we got from the audience was truly something special. I have really special friendships from that show and shooting in Puerto Rico together; we’re family forever.

I’ve been spoiled by the writing and direction for Maggie, so I’d like to explore whatever might be in Ben’s future.

If you have to choose in order, what goes first: Actor, Writer, Producer or Director?

I truly love doing all of them because they all require the same commitment from my heart and my head.

I’d tell him that he’d cross paths with a woman who will be his wife a few times before meeting her for the first time at a party.

When I Stop Talking, You’ll Know I’m Dead by Jerry Weintraub is my favorite business book of all time. One of the first books about business that I read was given to me by my dad, Think and Grow Rich by Napoleon Hill. It covers a lot of ground and there is something for every type of entrepreneur in it, in my opinion. I’m really loving Atomic Habits by James Clear.

I’m currently pitching a TV series with an amazing team. I don’t know if I can announce what it is or who else is a part of it, but that project is the one currently moving within other projects I’m involved in. Other than that, developing projects through my wife, Katherine, and I’s production company, Theatre Row Productions.

New Year’s Eve in a high rise building in Europe with Katie.

Take the work seriously, not yourself.

I don’t know if I have a favorite song. I guess My Way by Frank Sinatra.

It is what you make of it. I have a very specific definition and system for how I use my social media. I like to share what’s going on in my life, but I don’t do social media to feel worthy. I have my home, my wife for that.

Book: The Goldfinch by Donna Tart