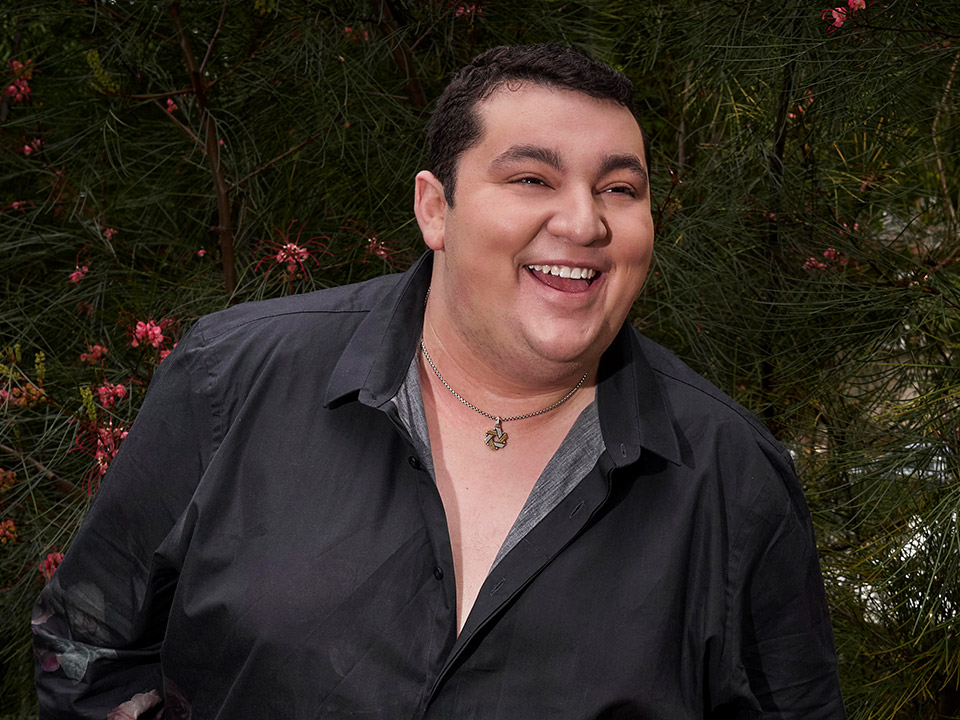 Check out our interview with actor, singer, writer and creative force Max Talisman.

Max is set to make his directorial debut in his upcoming romantic comedy, THINGS LIKE THIS. The film stars Charlie Tahan (Netflix’s “Ozark”), Eric Roberts (THE DARK KNIGHT) and Miles Tagtmeyer (DISNEY DESCENDANTS: SCHOOL OF SECRETS), and tells a story of two guys who fall in love and while everything seems to align for them to be together, they begin to question fate as they encounter an obstacle.

Growing up in Washington DC, Max started performing in 3rd grade. He participated in musical theatre, including productions at the Musical Theatre Center (MTC), one of the leading performing arts education organizations for young people in the Washington DC area. It was the moment when he played the 2nd lead role in the through-composed musical, “Caroline, or Change” that he felt theatre was his calling. He’s appeared in The Orchard’s SUPER DARK TIMES, TBS’ “Search Party” and NBC’s “The Blacklist”.

With a life of travel, art, and hobbies, Max hopes to incorporate all his current and future life experiences in all he does. He hopes to be a role model for the LGBTQ community and break stereotypical barriers/roles in Hollywood. 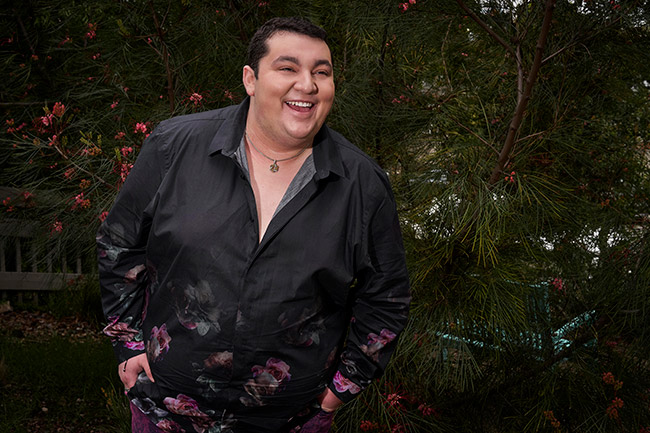 I am passionate, creative, and determined.

Serena Williams has been my role model for my entire life. I know that she’s a tennis player and I am an actor/writer/filmmaker, but the passion that she brings to her job is what I strive to bring to mine every day. Her level of focus and dedication, it’s an “awe” inspiring. As for someone in the film industry Tina Fey has always inspired me as someone who writes brilliant comedy, and then is able to act incredibly well too. Her comedy is something that has definitely inspired my writing through all of my career thus far.

I think my life is in the process of changing. I’m not sure that anything has changed in my everyday life so far. I moved from New York to Los Angeles which was a huge change for many reasons. I made the move because of my work in film. I went from the life I had created in NYC for 5 years to creating a new life here in Los Angeles.

The process began because I was writing a horror script and then every time, I would be writing a scene it would deviate into something comedic. I felt like my subconscious was telling me to write what I know, which is comedy. It was around the time that movies like Love, Simon and Alex Strangelove came out. I loved both of those movies, I saw Love, Simon 6 times in theaters, but what I noticed was that gay millennials didn’t have a movie made for us. Everything that gay people had was content about people coming out of the closet. We had nothing about people who had already come out, and just were figuring out how to fall in love amidst the chaos of living a modern life. I came out of the closet when I was nineteen, and yes, it was a hugely pivotal moment of my life. At this point, I don’t remember what life was like before coming out. I have been out of the closet for seven years so the idea of coming out isn’t something I deal with on a daily basis. The residual effects of a closeted life definitely have repercussions in how I’m able to allow myself to fall in love and I think that struggle is universal among the Queer community. So that’s where this film was born from.

What is the message(s) that you want the audience to get from THINGS LIKE THIS?

The main message I want to get across is that love is universal. That falling in love is something we all want to do. I want this movie to appeal to everyone – gay, straight, bisexual, or any identity. I think that this film has the power to bridge the gap between people who aren’t inherently homophobic but are afraid of something that is different than them. I hope that those people see a little of themselves in our characters and our love story. I also hope we can start a conversation on how humans are all just humans from there.

What are some projects you really liked being a part of?

Super Dark Times was something that was life changing for me. It was my first feature and doing something that I loved so much is something I’ll always be deeply thankful for. Working with Kevin (Phillips) and the whole team, really brought out some of my best work and I was able to create deep friendships, like with Charlie Tahan, who will be costarring in Things Like This. Because of Super Dark Times, he (Charlie) was the first person I went to with this script. The kind of work that makes you want to work with the same people again, is the best kind.

For me, the most rewarding part is creating work that has an impact. I wish I had seen a movie like Things Like This when I was growing up to let me know that I wasn’t alone, and that I had the power to live my life proudly. I’m excited for the reaction from the next generation when they see this movie, and anything else I create. My greatest goal is to make underrepresented people feel seen. That’s what film should do. It should make everyone feel like they are seen, valid, and that their stories deserve to be told.

I want to play roles that challenge me and that are different. The best part of being an actor, is playing a character who is nothing like you. So, I want to play everything from a cowboy, to a superhero, to a deeply disturbed psychopath. I want to do it all!

Really freaking great. I’m kidding but I am moving into a new apartment and I’m unpacking all my clothes, and I’m like, do I have the best men’s closet in America? I absolutely love fashion and love taking risks with my style. I love expressing myself through my clothes with brands like Bonobos and Robert Graham. It’s an outlet for me!

Well I am getting ready to shoot Things Like This! I’m still staying inside because these are necessary precautions that we all have to take but after this time is over, hopefully I’ll have some very exciting things to share! I’ll keep everyone updated on Instagram and Twitter @TheMaxTShow 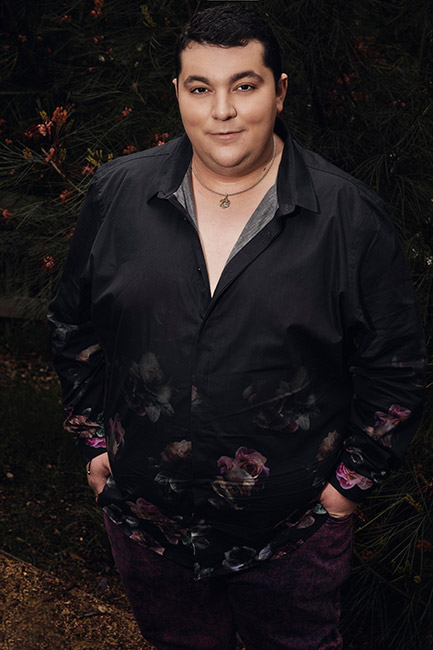 Living your best life. The life you want to live.

How is a normal day in your life (pre-quarantine)?

Wake up around 11 am, do a bunch of business calls, film a self-tape or two, go to a meeting, finally have time for Chipotle, see a friend or business associate for drinks.

Watching football or tennis with my best friends, ordering wings, and maybe drinking a little outside on the patio.

An older man I did a show with in DC told “me never rest on my laurels,” and I’ve always remembered that.

Yes! The Trevor Project does absolutely incredible work for LGBTQI Youth! Also, my twin sister suffers from MS so I support The MS Foundation and WALKMS.

Film, television, theater. I know that’s lame, but what’s a boy to do.

Being able to work on the projects I am passionate about. Having more of a voice in Hollywood and the film community.

Deep Burn Blue by The Paper Kites. My best friend and I listen to it all the time to inspire us. I love that song.

I listen to a lot of indie-pop and alternative music. I like anything that sounds like it’s from the 80’s but it’s made now. Also, 80’s music hits the spot though.

Usually love it! I think it’s a great way to stay in contact with fans and potential collaborators!