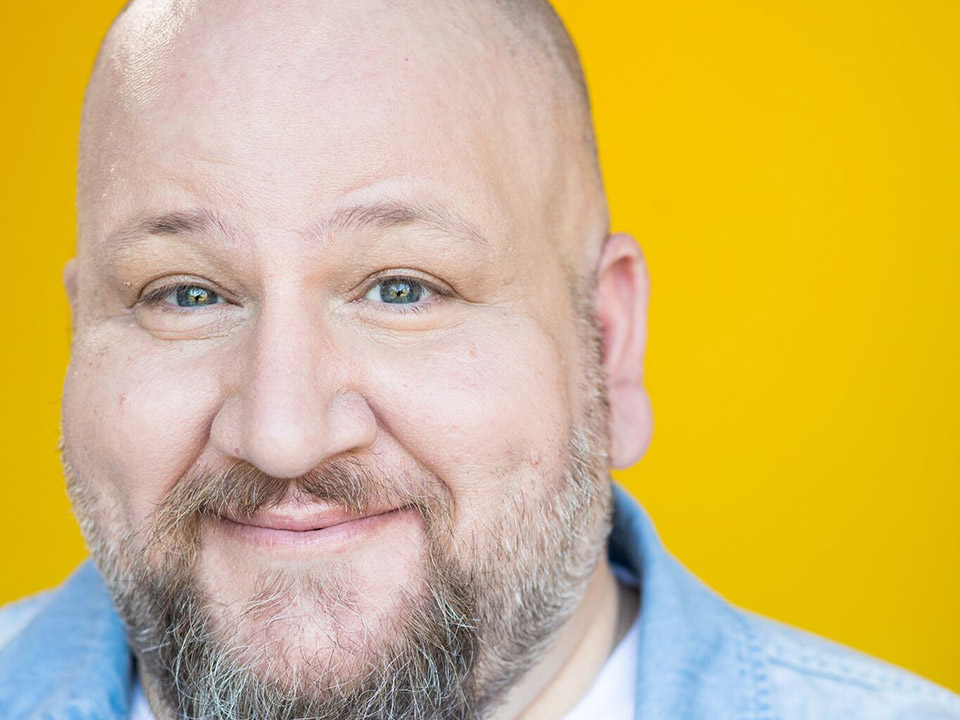 Check out our interview with actor, music producer and stand-up comedian Stephen Kramer Glickman. While most recognized for his role as ‘Gustavo’ in Nickelodeon’s Big Time Rush, Stephen just released his debut comedy album “Voices In My Head,” which was produced by 800 Pound Gorilla Records.

Stand-up comedy aside, Stephen has made a name for himself as a stand-out member of his community – raising over $70,000 for Children’s Hospital Los Angeles (CHLA). 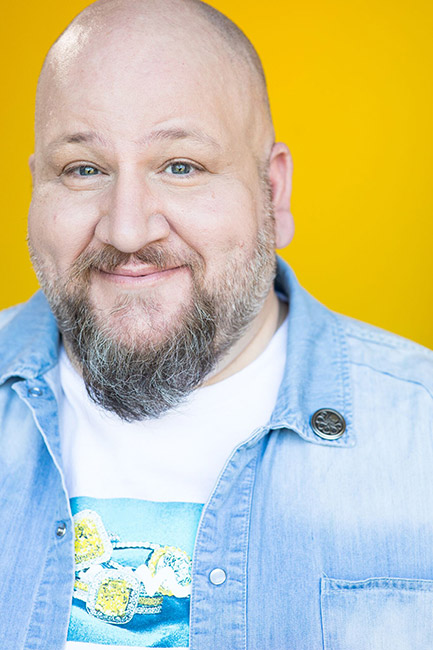 My role model growing up was Parker Lewis on the TV Show Parker Lewis Can’t Lose. That guy had the coolest silk shirts, two best friends and a great head of hair. I literally dressed exactly like him on the first day of 7th grade and immediately got the crap kicked out of me.

How did you get started in the career of acting?

I grew up doing musical theater and hoping to get discovered so I could be on Family Ties. My career started when I was cast in as Shrek in the Broadway Workshop of Shrek The Musical for Dreamworks. The studio moved me to NYC and I started to get known for my work.

I get to enjoy spending my time and energy on projects with my friends and with people I admire. My entire life is different than it was before I found my way into this career. I am very thankful to have ended up here.

Best part is helping someone else fulfill their vision and getting to help shape something they created.

Worst part is getting close to a role you want and then not getting it. I got close to getting cast in Solo: A Star Wars Story and when it didn’t happen it was a hard one to let go.

Tell us about your debut comedy album “Voices In My Head?”

I’ve been doing stand up for 15 years and I recorded an album at The Ice House in Pasadena. I do a lot of voices in the album including Trump and I was very fortunate that Stormy Daniels came to watch me tape my album. That was next level.

Where we can listen the album?

Why/when did you decided to create this?

I had been working the last few years out a bunch of material in which I did different voices and in all just started to feel like one big thing instead of a bunch of separate entities.  When the record label reached out and asked if I wanted to do an album I knew it was time to rock it out. I did 35 spots in 30 days and recorded the album right after.

And about your role as Gustavo in Nickelodeon’s “Big Time Rush?”

What about my role as Gustavo in Nickelodeon’s “Big Time Rush”?

Research and costume. I researched record producers and was able to spend a few days at Sony Music learning from record executives. I also read a few books on the subject and was invited to spend time with the Wu Tang Clan while they recorded an album.

Figuring out the clothes for the character was a joint effort between myself and the costume designer. I brought in some pieces and they designed some hoodies and pretty soon Gustavo was born.

I spent 3 years at Warner Brothers working on the animated film Storks with Andy Samberg and Jennifer Aniston. That’s the most fun I’ve ever had in my life.

I’d like to be a monster or alien and do the voice of that character. Guillermo Del Toro is one of my heroes and I would love to finally get to work with him.

Getting to communicate with fans from all over the world.

What’s next for Stephen Kramer Glickman in 2020?

Animating in my computer and hiding from this virus.

Painting birdhouses in the kitchen of my mom’s house while my mom tells me funny stories.

Now tell us about raising over $70,000 for Children’s Hospital LA in the past few years. That’s amazing!! Congrats! 🙂

Every year my Podcast works very hard to raise money for children’s hospital Los Angeles and our events keep getting bigger and bigger. This year the Mighty Mighty  Bosstones performed and we auctioned off a baseball signed by Sandy Koufax.

Mike Black, Matt Walker, Michael Glazer and I look forward to this event every year and 2020 is going to be even crazier.

Crying on the first date is not great. That happened once to me during dinner many years ago. Thankfully I’ve been with my girlfriend for 8 years so I don’t have to worry about that.

Before Corona it was breakfast at the kitchen table with my girlfriend, then emails, phone calls, go to the gym and work out with my trainer, then lunch meeting, voice over session, then I record an episode of thenighttimeshow.com podcast, do stand up at a comedy club, get home, walk the dogs, video games and then bed.

Brunch at The Ivy in Beverly Hills. Their Ice Tea is bomb.

Frank Oz is someone I would love to meet. That would be amazing.

Do you support any charity (if you didn’t elaborate above, now is a good place to expand on why you work with CHLA)?

It’s very important for us to be involved in our community and take care of people that are in need. Children’s Hospital Los Angeles is one of the most incredible hospitals in the world and love using my contacts and networking skills to help every year.

Family, my girlfriend, my dogs.

Still hosting The Night Time Show Podcast with my friends while writing a television show at a network.

Anything by my sister’s band HEY, KING! Her music is unreal.

It’s phenomenal and scary. I love it. Tiktok is absolutely next level madness

Quote: “I haven’t had this much fun in years” – Fred Willard on The Night Time Show Podcast