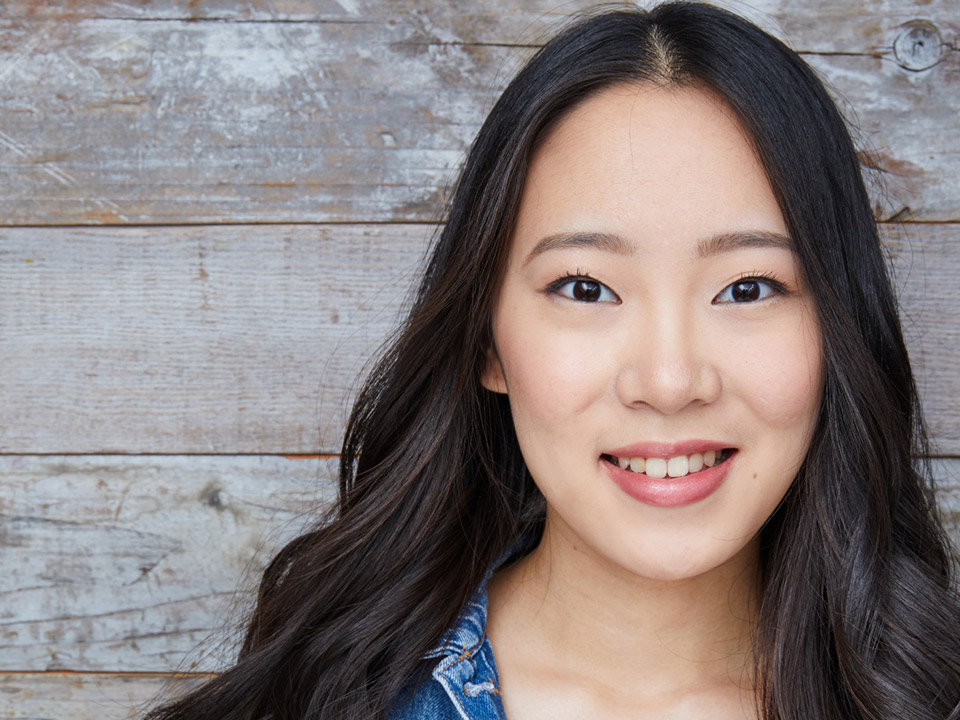 Check out our interview with Actress and Director Ella Rouwen Chen.

Ella Rouwen Chen grew up in Shanghai and moved to LA when she was 18 to attend UCLA, School of Theater, Film and Television. Ever since being a little kid, Ella has enjoyed performing. Even after working on some top Hollywood and Broadway projects, her favorite performance remains her grandeur Chinese folk dance show in the walking lane of a moving tourist bus in front of her moms’ colleagues. However, for the longest time, it never occurred to Ella that she could “doperformance” as a career until she spent three weeks at a theater and literature camp in America during her sophomore year summer. Before then, she was working diligently on her academics. She doesn’t regret her academic years though. She is grateful for all the journeys that life has given her. She believes her way of thinking is formed uniquely because of her experience in both academics and arts; just like how her immersion in both China and America shapes her understanding of the world.

Hi Ella, please tell us a little about you?

I am Ella Rouwen Chen or 陈柔文 in Chinese. I am a bilingual actor and director from Shanghai, China, and have been in LA for the past couple of years. Thank you so much for inviting me!

I seriously considered acting after a summer American Literature and Theater program at Hotchkiss School. I cried nonstop for three hours on the last day because I couldn’t imagine myself not acting. Those three hours made me realize how important acting is to me and helped me sleep through the entire 14-hour flight.

Oh! There have been so many changes, but I will share the main one. My life pre-acting was pretty much just following the “traditional path”: working hard at school, trying to get good grades, doing the standard extra-curricular activities, and planning for college… My life since I got into acting includes a lot of “following my heart”. It can be as small as taking a course in college or as big as deciding where I am going to be based in. I am also very lucky that my parents support my choices even when they don’t always fully agree with me.

What is the best and worst part of being an actress and director?

The two best parts (I know the question is asking for THE best part, but I can’t leave either of them out) are the work itself and when an audience tells you that they are moved or entertained by your work. For both acting and directing, when one is in the creative mood, one is fully in it! And when someone else gives me that positive response, I feel that the work hasn’t been meaningful only to me, but also to others.

The worst part is self-doubt. The noises in my head sometimes get so loud that I only want to curl up in my bed and sleep. I used to think that if I could get a decent credit, I would never have self-doubt again. Surprise! It’s still there. And a lot of other actors and directors have that as well, no matter what “level” they’re at. Meditation and journaling have helped a lot as I can now sometimes catch myself before I go down the rabbit hole.

What are the challenges to adjust to a different county/language and culture?

I have been lucky that I grew up learning English, not to the extent that I was using the language when I was back home, but I was spending a good amount of time on it every week or even every day for at least ten years. By the time I came here, I was pretty fluent, but I still had a hard time with plays and movies. I wanted to appear that I was fully prepared for America, so I never told my friends that I actually didn’t fully understand some of the plays that we went to see. And when we talked about them, I would just nod. I also felt that I didn’t know what was appropriate to do. There was a guessing game going on for a while. Slangs and cultural references were hard as well. It started to get better after I was immersed in the culture for a while and when I started to be open about things that I don’t fully understand. Looking back at it now, I think it would have been easier had I been more open about my challenges earlier. So I would encourage anyone who is moving to a different country or even a different city to be open about the challenges they are facing. It’s much healthier that way than holding them inside you.

After my first read of the script, I try to locate my gut feeling for this character. Once in a while comes a character that I know instantly and instinctively how she exists in me, and then I just don’t need to do much work. However, in most scenarios, I need to do some preparations. For me, the different environments and how the character exists physically help me find the bones of the character. I then try to find the character’s Point of View by doing some acting exercises and/or analyzing the character’s background. Then I start to work on specific scenes to figure out the different “beats”. Since English is not my first language, I might also need to do some dialect work for a character if the role requires an American dialect.

But here’s the fun and challenging part, I need to let go of all the work I do when I am on set or performing. While I’m doing the role, I need to be fully present with my scene partner and my immediate circumstances. I need to allow myself to play rather than just doing it the way I rehearsed it in my bedroom.

What projects have you you have been part of?

I have been in various film and stage projects for the past 7 years. Some of them are smaller passion projects with friends, and for some projects, I got to work with more established industry professionals like Dino Herrman (Emmy and Grammy winner), Daxing Zhang (producer and writer for Troll), Mason Lee (Golden Horse nominated), Gabriel Barre (Broadway director), Mark Brokaw (Broadway director) and Chris Elliot (SNL video sketch director). I used to think that showing up to those bigger projects would be very different from those smaller projects, but now I’ve realized that they are more or less the same. In those bigger projects, maybe there is more support, but essentially it’s still a group of people gathering together and telling a story that matters to them.

I loved Linda Cardellini in Dead to Me and would love to play something similar: she has a good heart but has the darkest and most haunting secret ever.

If you have to choose in order, what goes first: Actress or Director?

As of right now, actress. It is what I feel most passionate about at this moment. I feel so alive whenever I’m acting, even if I am just helping a friend reading for an audition on Zoom. It makes sense that I feel this way because I am bringing words on pages to life. I am also exploring more sides of directing now. I have been mainly doing theater directing, but I also love film and TV, so I would love to do that in the future, but I am not in a rush.

Ella: Doing an interview right now. How would you describe me?
Clare: Emotional.
Ella: Can you at least put it in a full sentence?
Clare: You are emotional.
Ella: …
Clare: Easily emotionally influenced…

I recently finished a script that I have been working on for the past 7 months and am getting ready to produce it. I will play the lead character myself. I don’t write or produce often, but I am passionate about this story and want to share it with others. Even though most events in the film are fictional, it talks about my personal struggle with my accent when I was in college. For most people, having an accent is totally okay and is part of one’s identity, but for actors in theater school, this is a skill that you get graded on. Where is the line, and how should one navigate the situation? I get very excited just talking about the project, so I am very happy that this is part of my 2021.

Comfy and casual, but also enjoy dressing up once in a while.

It’s when I feel pure joy, and the feeling is so clear that it can’t be mistaken as anything else.

Olivia Colman. She is such a great actress and seems so fun to be around.

It has always been my dream to work in both the states and back home in China, so I see myself going forward on that path. Hopefully, COVID is no longer bothering any country in the world by then, so I can travel between these two countries.

This changes all the time, but I will say Taylor Swift’s hoax. It is my go- to song when I need an ugly cry.

I love that I get to be updated with what my friends and family are doing but hate the pressure to look or fit in a certain way.

Book: Water by the Spoonful (a play) by Quiara Alegría Hudes

Movie: Manchester by the Sea [I once said my favorite film is Manhattan by the Beach in front of a class of more than 100 people.]

Tv Series: 《甄嬛传》English translation: Empresses in the Palace; It’s on Youtube with English subtitles. IT IS SO GOOD!!!

Favorite Food: I like most foods as long as I don’t have to eat them too often.