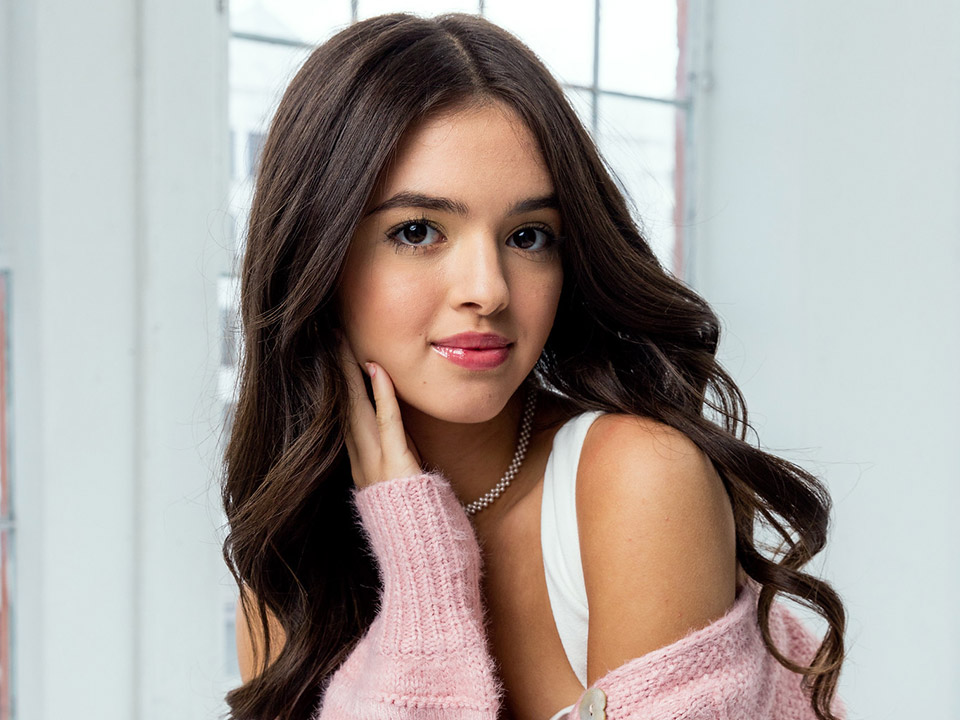 Check out our interview with actress and model Adriana Camposano who is best known for her role as Lucy Diaz on “Orange is the New Black.” Recently cast as Young Olga in the new
Hulu Drama Pilot “Olga Dies Dreaming,” she’ll play the young version of Aubrey Plaza’s leading character. Adriana also debuted as Poppy in season 9 of Brat TV. 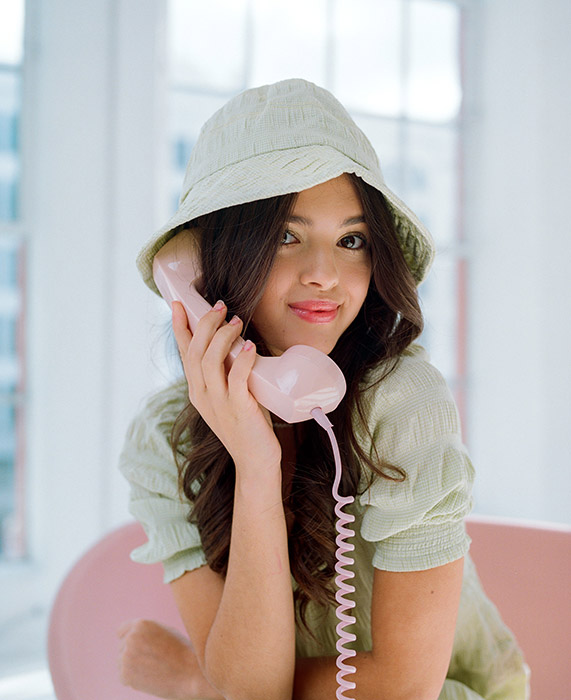 Hi Adriana, please tell us a little about you?

I am an actress, model, and dancer from New Jersey! When I’m not busy with those hobbies you will usually find me trying out new hobbies such as roller skating or photography as well as being active in after-school clubs. I am most passionate about acting and hope to continue pursuing it in my future days.

As a child, I always knew I wanted to be on TV, I would make my own skits at home and pretend I was starring in my own show! I ended up signing with a manager at age 5 and started auditioning for different roles and projects!

Being in the industry and working on sets has made me gain so much knowledge and experience in ways that have given me a strong work ethic and helped shape me into the person I am today.

There are so many things I love about being an actress between being able to play different kinds of characters, meeting and building relationships with casts and crew members, and the lessons and knowledge you gain from simply being in this industry! Something I dislike about being an actress would definitely be early call times… I am not a morning person at all!

For a recent project ¨Laurina¨ a method I used to prepare me was to spend time journaling as that character. Something that is super important to Laurina in this film is her diary that she brings with her everywhere and writes in often. It was a really great way for me to learn more about who Laurina was and explore who Laurina was.

Tell us about your work on “Orange is the New Black?”

Working on Orange Is the New Black was the first show I booked starting in the industry. Being able to work on this show starting at such a young age was super beneficial for me and was an overall great experience!

Now tell us about being part of the very successful Brat TV “Chicken Girls?”

Being part of the cast of Brat Tv´s “Chicken Girls” as Poppy has been such an enjoyable experience! Poppy is such a fun character to play and is not like any character I have played before! I have so much love for the entire cast and crew as well and am looking forward to continuing my journey as Poppy in Chicken Girls! 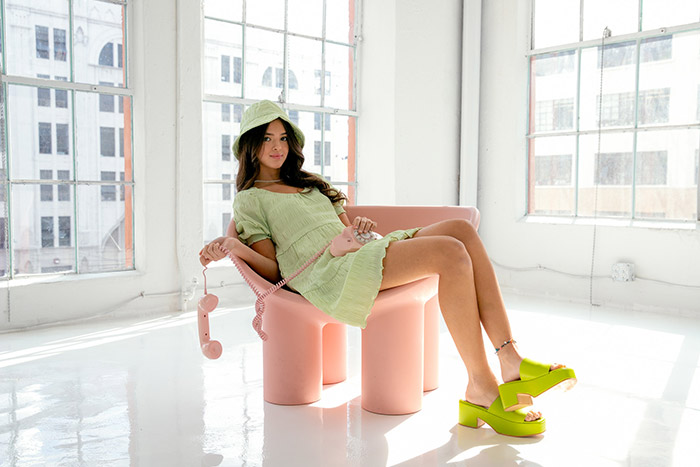 I have done many projects between films, commercials, print, and runway, you can check out all the work I’ve done on my website WWW.Adriana Camposano.com!

I like playing the more dramatic types of roles, I feel like the intensity and emotion that come with those characters are really the most interesting to me. A character I would love to play that I haven’t yet would be a character with some type of power that makes them different and powerful, such as Eleven from “Stranger Things”!

Working on Laurina and having Laurinas real grandchildren on set with me and knowing I was able to be the person to bring their grandmother’s story to life was something super rewarding for me to be able to experience and have the opportunity to do so!

My advice for new actresses is to not let rejection stop you from your dream! There are going to be plenty of times that you are told no from an audition, but instead of wanting to give up, take that no as a push to keep practicing and training because your hard work will eventually pay off!

A project that is still on my bucket list is a film that I star in! It has always been a dream of mine since I was a little girl and it would be so amazing if I had the opportunity to!

My best friends I think would describe me as someone who is super optimistic and brings in good energy as well as very supportive, compassionate, and uplifting!

In the last month of 2021 I’ll be filming for the second half of season 9 for Chicken Girls so I definitely look forward to the rest of the season that will be coming out in 2022!

My definition of happiness is being in a good place doing what you love surrounded by people who support you and love you!

If I could meet anyone it would definitely be Justin Bieber.r I have been a true believer since I was little and if I really had the chance to meet him I don’t know how I would act!

I’ve participated in several charities over the years such as toys for tots, meals on wheels, adopting a family for the holidays, GFGFL, and many more.

In 5 years from now, I hope to see myself living in Los Angeles and continuing to pursue acting, and hopefully working on big projects!

My favorite song is “The Climb” by Miley Cyrus. It has been a song I always loved since I was little and now listening to it, I realized how it really resonates perfectly with me and my journey!

I enjoy Social Media and like most teenagers, my day finds it fun and entertaining to be on! I do think it is important though to know when to separate yourself away from social media and real-life at moments, especially in this industry!

Book: The Fault in Our Stars

Quote: “Make bold choices and make mistakes. It’s all those things that add up to the person you become” Angelina Jolie

Movie: Call Me By Your Name