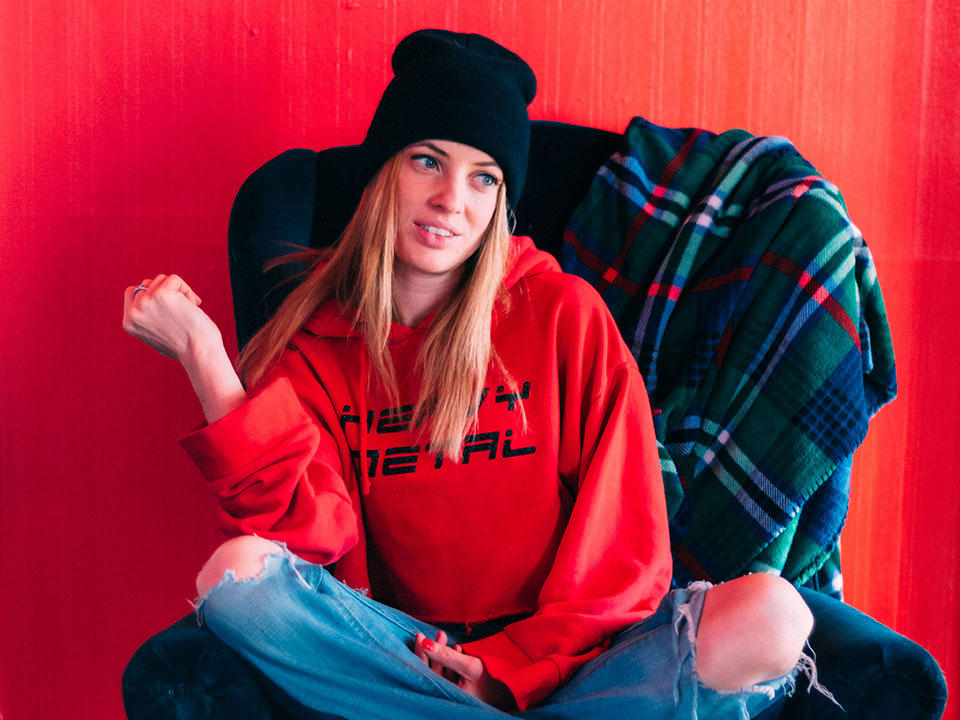 Check out our interview with well-rounded Artist and multi-talented performer Adele Pomerenke.

In 2012 Adele Was offered her first contract with a ballet company Dance Theatre of Tennessee, and relocated to Nashville, Tn. While in the south, she danced and trained with companies such as Nashville Ballet and Roots Dance Project.

While in Nashville, she appeared in multiple music videos as the lead and, of course, dancer such as; Bastian Bakers’ Love on Fire’, Tim McNary ‘Be With Me,’ and Frankie Ballard’ Cigarette,’ which went on to win a spot in Rolling Stone Magazine’s top country music videos of 2016.

In 2017, she participated in the Middle Tennessee 54 hour Film Festival and won her first acting award for Best Leading Actress, which came as a total surprise.

Pomerenke was cast in her first full-length feature titled ‘The Penitent Thief,’ where she worked in Los Angeles directly alongside Kevin Sorbo and James Russo. 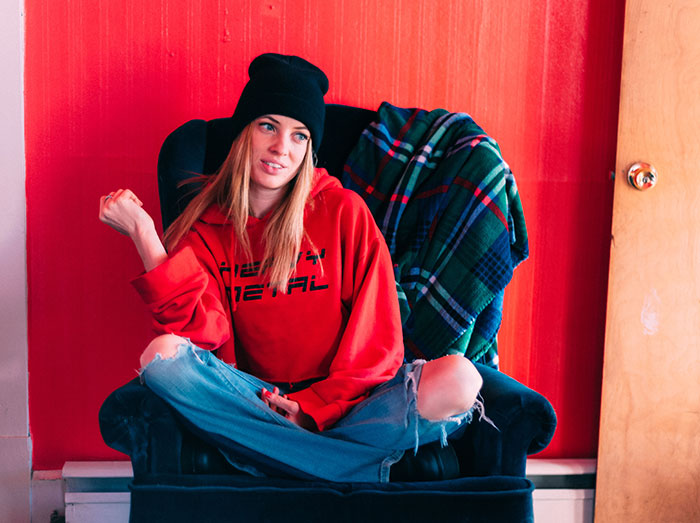 Hi Adele, please tell us a little about you?

I am a professional actress, ballerina, singer, director/writer, and overall entertainer in the performing arts. I’m a bit of a renaissance woman.

My Grandmother. She was a dancer in New York and really helped sculpt who I am today. She was so classy and yet unabashed. I aim to be like that.

It really depends on what I have going on, and with COVID, it looks a little different these days. I ALWAYS start my day with coffee; then it’s a virtual ballet class and conditioning, submissions for work, maybe I’ll have a script to read for an audition or upcoming role and really study it. Right now, I have a movie and a couple of projects about to release, so it’s been a lot of interviews and podcasts.

Tell us about the new film “The Penitent Thief?”

The film is the story of the two thieves that died alongside Jesus; it’s a bit of a darker take on a faith-based story, very true to the times. I play Herodias in the film King Herod’s wife, played by Kevin Sorbo. She was the reason for a lot of King Herod’s evil actions. The film came out for VOD on December 22nd!

I really enjoy the more rough around the edges character with a chip on their shoulder or playing villains. I’d love to play more characters that dance. If I get to dance while acting, I am in heaven.

My Chemical Romance short film ‘A Summoning…’ as Helena!, Estelle in Crypt TV’ Fight Night’, Kat in short film’ Hair of The Dog,’ Multiple music videos such as Frankie Ballards’ Cigarette’ and Bastian Bakers’ Love on Fire,’ TV shows such as ‘Still The King’ and ‘Murder by Numbers’ and honestly there has been so much including my own dance projects I’ve created! I am thankful. I have more on the way but can’t talk about it too much yet!

Now tell us about why and how did you get started into dancing?

My Grandmother. She influenced me a lot and got me into the art form at three years old, and I fell in love with it.

What was your first job or project as a dancer?

I’ve grown up doing performances my entire childhood, but as a professional dancer, it was probably my first ballet company; we performed Giselle. I was in the corpse de ballet as a willis.

Do you have or had dancing classes?

Of course, I have taken them my entire life. Have I taught them? A couple of times, I have guest taught in my hometown.

What have you learned from your other artists and dancers?

So many tricks and trades. You kind of pick up what works best for you, like sewing your ribbons and elastic with dental floss, or duct tape makes good toenail protectors, and how to really nail a deeper plie to land a turn. It’s a huge part of the process, learning from each other.

I see myself as a lead in a feature film. Inspiring others daily and still dancing!

What’s next for Adele Pomerenke in 2021?

That project I can’t talk too much about. It should start surfacing this next year, and I can’t wait to share it!

What do you think of social media in the Entertainment business?

A lot of success is about who you know and networking with others. I think it can help show yourself in a more marketable way, but don’t forget to be real and authentic. I think it’s easy to get lost in selling yourself on social media and not really working your craft outside of it. You have to keep that up too.

You never know what tomorrow will bring. So live in the moment.

Everything! I mean EVERYTHING! I listen to a lot of heavy rock and metal, but I also love classical symphony, jazz, punk, rock, pop, and everything in between. I’m a huge music buff.

I really want to go to Japan with my little sister. She’s my best friend.

Loving what you do every day and loving who you’re with.

Christopher Walken. I would really like to dance with him. He had a whole dance career before acting too!

It depends on my mood! But I can rap a mean ‘Shoop’ by Salt N Pepa.

Yes often! But I keep those to myself; I don’t believe in oversharing where you support the less fortunate.

Quote:” Don’t try to be anyone else. The world needs you for who you authentically are” -self