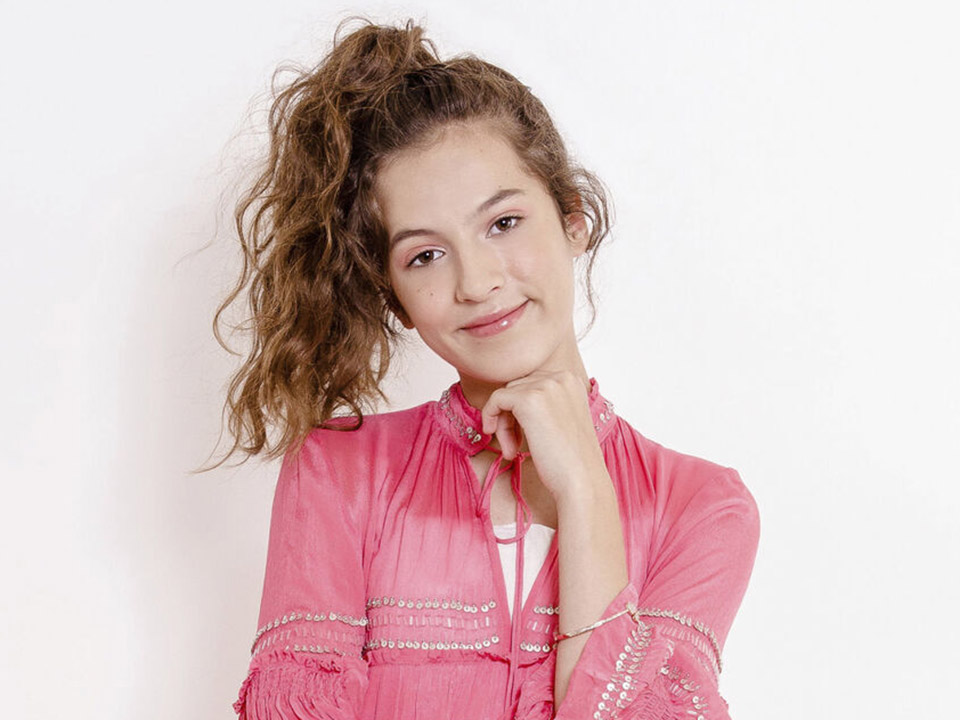 Team Kaylie also stars Bryana Salaz, Rosi Blasi, and Symera Jackson. Eliza plays the role of  Valeria. The show is about a celebrity teen billionaire finding herself in trouble with the law, and is forced out of her comfort zone to lead an inner-city wilderness camp. 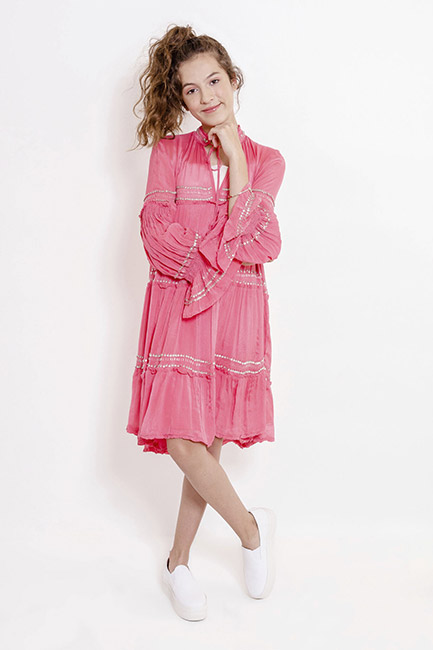 If I’m not working, it starts off pretty normal with school and then the afternoons are for training like acting, singing, dancing or aerial silks class. If I’m fortunate enough to be working, then the day is a fun mixture of school, wardrobe and make-up and being able to work with friends while pretending to be a completely different person.

I started as a singer. I was really shy so my parents signed me up for singing lessons so I could find my voice. I found out quickly how much I love to entertain and become someone else either on stage singing or playing a character completely different from myself.

The biggest challenge for me is balancing school with the long hours on set. Doing well in school is really important to me. Thankfully, we have great teachers on set which really helps.

How did you get selected for Netflix’s new series “Team Kaylie?”

I went through the audition process and it’s funny because I actually started out auditioning for the role of Jackie. The more they got to know me as an actress, I think they saw me more as Valeria so at the end of the process they asked if I would switch to auditioning for that role. I really love playing Valeria.

What the series is about?

It’s a hilarious comedy about a big TV reality star named Kaylie who gets in trouble and is ordered by a judge to volunteer at a middle school as the leader of the Wilderness Club. All of the kids in the club, including my character Valeria, are all a little different or special in their own way. You will love their daily adventures!

How was working with a very talented cast including Bryana Salaz, Rosa Blasi, and Symera Jackson?

We have such an awesome cast and crew! They have become family to me. All of the actors are so talented and we learn so much from one another on set. It was such an amazing experience.

And about your role as Valeria?

Valeria and I are total opposites and she is such a fun character to portray. She is definitely different than anyone at her middle school, others find her a little scary and she really wants to be taken seriously as a witch. Even though she is different than the other kids, she is super confident in who she is and I love that about her.

I have had guest star roles on other sitcoms like Disney’s Raven’s Home and Netflix’s Alexa and Katie. My very first booking was a supporting role in the feature film Spinning Man. My parents in the movie were played by Guy Pearce and Minnie Driver. I learned so much from them! I was also the voice and body motion actress for Sherry Birkin in the remake of the video game Resident Evil 2.

I have learned that everything happens for a reason and you have to work hard to achieve your goals. Always remain grateful and grounded.

You can’t find it in material things. To me, it’s enjoying what you have in each moment, especially when you are with family, friends or even your pups.

I would love the opportunity to star in a major motion picture.

Hopefully a Season 2 for Team Kaylie!

I love horses and have been riding since I was little.

I want a career in this industry so I see myself continuing to train and work to chase my dreams. That could be in acting, singing, or even directing down the road.

It would be in the Fall because I love the Fall. I would want to go somewhere quiet with my family where I can relax, like somewhere in the mountains.

Whitney Houston because she was an AMAZING singer and I think it would be so cool to get some tips from her. She is definitely one of my inspirations.

A salad with grilled salmon.

Church in the morning and then go to an aerial silks class. Later, I would lounge around and snuggle with my dog, Teddy.

Glee, Stranger Things and I just finished the movie Yesterday and loved it.

There are so many great charities. There is a special place in my heart for organizations that support children and families.

As long as it is used for good, I think it is a fun way to express yourself and your interests.

Sports Team: Dallas Cowboys for football and the LA Dodgers for baseball. I’m a Texas-Cali girl.