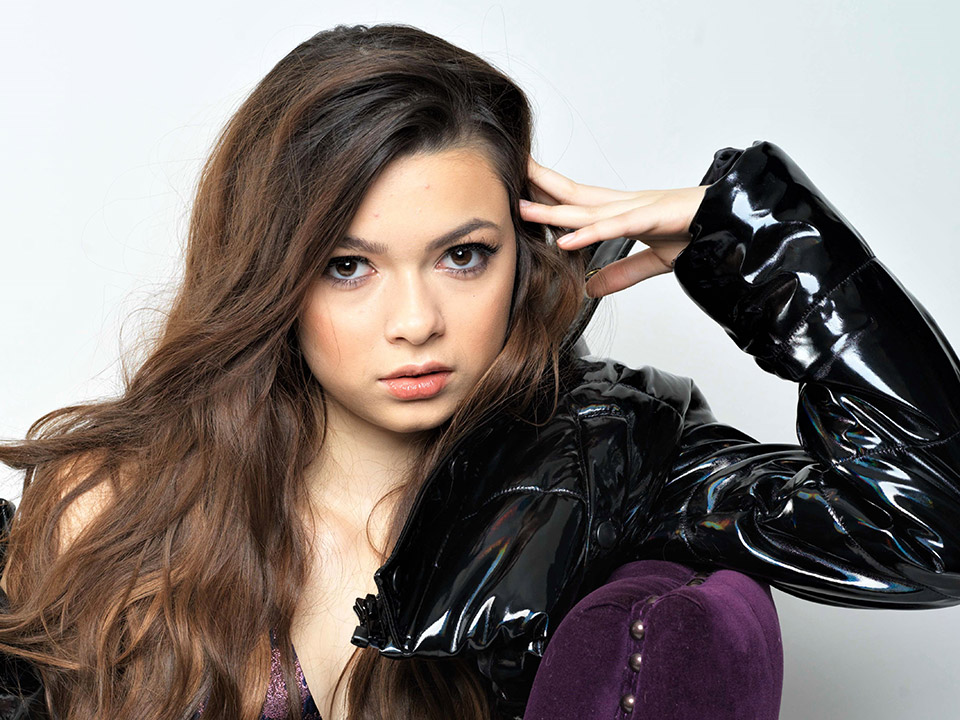 Nikki Hahn is best known for her roles as ‘Gina’ on ABC’s “American Housewife” and ‘Emily Cooper’ in Disney Channel original film “Adventures In Babysitting” alongside Sabrina Carpenter and Sofia Carson.

Nikki recently released her debut single “In My Head” on all music platforms including Spotify, Amazon, Pandora, Apple Music and is featured on the Radio Disney App on the RDYou station. Nikki is set to released her EP in Summer 2020.

Born in San Antonio, Texas, Nikki has built a solid resume in acting since moving to Hollywood at the age three. Nikki has appeared numerous network television shows including, “American Horror Story: Asylum”, “Genius”, “The Fosters”, “Pretty Little Liars”, “CSI: Miami”, “NCIS: Los Angeles”, “The Closer”, “Criminal Minds” as well as some of her favorite Disney and Nickelodeon shows including “iCarly”and “Jessie”. 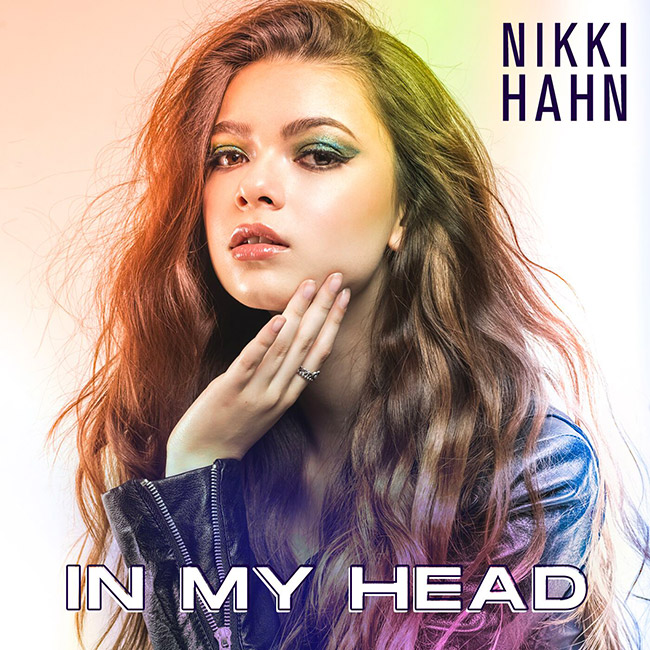 Hi Nikki, please tell us a little about you?
I’m 17 years old, I’m an actress, singer, and a black belt.
Describe yourself in 3 words?
Loyal, determined, and supportive.
Who is your role model?
I would say Taylor Swift. She not only inspired me to play guitar and write, but I love the way she treats her fans.
How did you get started into acting?
I don’t remember not being an actress, it was something I did even at home with no cameras. So when my family and I moved to California we just thought I’d give it a try.
How has this changed your life?
That’s a tricky question because I’ve never been on the other side of this, so I can’t really compare it to anything else. So it hasn’t changed from what I know, it been the norm for years.  I have a balanced life and I do other activities outside of the industry, so I’m happy.
What is the best and worst part of being an actress?
The worst part is when occasionally you have to work on your birthday, or your friends (who are all actors) are also working and can’t plan anything. However, I did get to spend one Halloween with Selena Gomez filming Wizards of Waverly Place Alex vs Alex, and another Halloween in Prague. The best part is getting to explore the sets in the studio. American Horror Story Asylum was my favorite set. I also grew up digging through special effects drawers and for Criminal Minds, I asked if I could have more fake blood on myself.
Tell us about your work in ABC’s “American Housewife,” and your role as Gina?
Gina was not from Westport and was not interested in acting rich like Oliver. Also Gina’s last name, Tuscadero, was a reference to Pinky Tuscadero from Happy Days. I had a lot of fun working with the cast and made besties with Julia Butters. We really connected.
And about Disney Channel’s original film “Adventures In Babysitting?”
I played Emily Cooper, green haired, angsty teen, which was exactly me at the time. Our executive producer, Michelle Manning, who worked on the Breakfast Club, told me that I reminded her of a young Molly Ringwald. This was the most fun I had on a project. It was my first time working with a ton of kids, who ended up being my family. I still hang out with them 5 years later.
How was working alongside Sabrina Carpenter and Sofia Carson?
I was 12 when we filmed, we had three 10 year olds, and the rest were late teens. So I was stuck in the middle but Sabrina and Sofia were still very inclusive and would have me go shopping with them or go to the pool. They really became my big sisters.
What other projects you have been part of?
My 2 other favorite projects are American Horror Story Asylum and Genius: Einstein. For Genius, I got to work for Ron Howard and Brian Grazer. We filmed in Prague, Czech Republic. I got to experience a whole other culture, I learned some Czech, and I fell in love with the country.
What is the most rewarding part of your work?
Traveling. I LOVE to travel, it’s always exciting when I book a role that involves traveling. 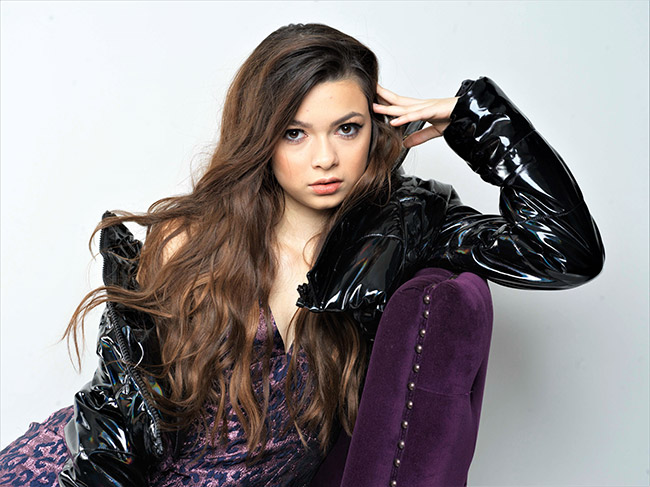 What kind of roles do you like or would like to play and why?
I love playing villains. It’s so different than how I really am, so its always a challenge.
Now let’s talk about your music career, tell us about your single “In My Head?”
In My Head is my first original song. It is pop and it is based off of personal experience.
Describe your sound in 3 words?
Party, relatable, vibes.
What is your next goal as a musician?
Win a Grammy.
Who influenced you and why did you choose to make music?
Music is just in my blood, it runs in my family so it was only a matter of time until I started singing and playing guitar.
Do you have a tour coming up or where we can see you performing?
I was performing shows in Los Angeles before events were banned. So I’m not on tour currently but I’m still working on writing and recording music for now. Hopefully that will change once things get better in the world.
What is your favorite healthy food?  And your favorite cheat food?
I love avocado toast, and my cheat food is ice cream sandwiches.
How would you explain your fashion style?
It changes all the time, to be honest. Right now, I really like the 90’s aesthetic.
How would your best friend describe you?
My best friend always tells me that I’m “such a Scorpio.” So, honest, loyal, and protective.
What’s next for Nikki Hahn in 2020?
Graduation!!!! And turning 18 in November.
What is your own definition of happiness?
Just focusing on myself and not comparing to other people.
How is a normal day in your life?
I’m homeschooled, so I get school out of the way in the morning. Sometimes I’ll have auditions or I’ll go to karate in the afternoon. When I get home in the evening, I’ll play piano or guitar, and then watch a movie with dinner.
What is your idea of a perfect Sunday?
Probably having friends over to bake with and have movie night.
If you could meet someone living or dead, who would it be and why?
I’d want to meet Freddie Mercury. He’d be a fun person to hang out with.
Best advice ever given?
Carrie Fisher told me to stay in school. It was a month before we lost her. I will never forget what she said.
Do you support any charity?
I donate to a lot of animal rescues and purchase shoes for children all over the world.
Name 3 things you can’t live without?
My dog, Lucy, my guitar, and a foam roller.
Where do you see yourself and your career in 5 years from now?
On an arena tour!!
Favorite song? Why?
Right now, probably Cruel Summer by Taylor Swift. My favorites are always songs I can relate to, so that’s why I’m always listening to Taylor.
What music do you like?
I love pop obviously, but I actually LOVE alternative rock as well.
What do you think of Social Media?
Honestly, I don’t have many problems with it. I mostly use it to interact with my fans and keep them updated.
Where we can follow you?
On Instagram at @nikkihahn and Twitter at @missnikkihahn
Favorite Quote: “I can and I will” – my mom
Favorite Singer/Artist: I love Taylor Swift, Ariana Grande, Post Malone, Green Day, and Twenty One Pilots.
Favorite Movie: Jojo Rabbit
Favorite Travel Destination: Prague
Favorite Sports Team: Green Bay Packers
Favorite TV Show: Gossip Girl and American Horror Story
Favorite Book: The Star Wars Return of the Jedi novelization