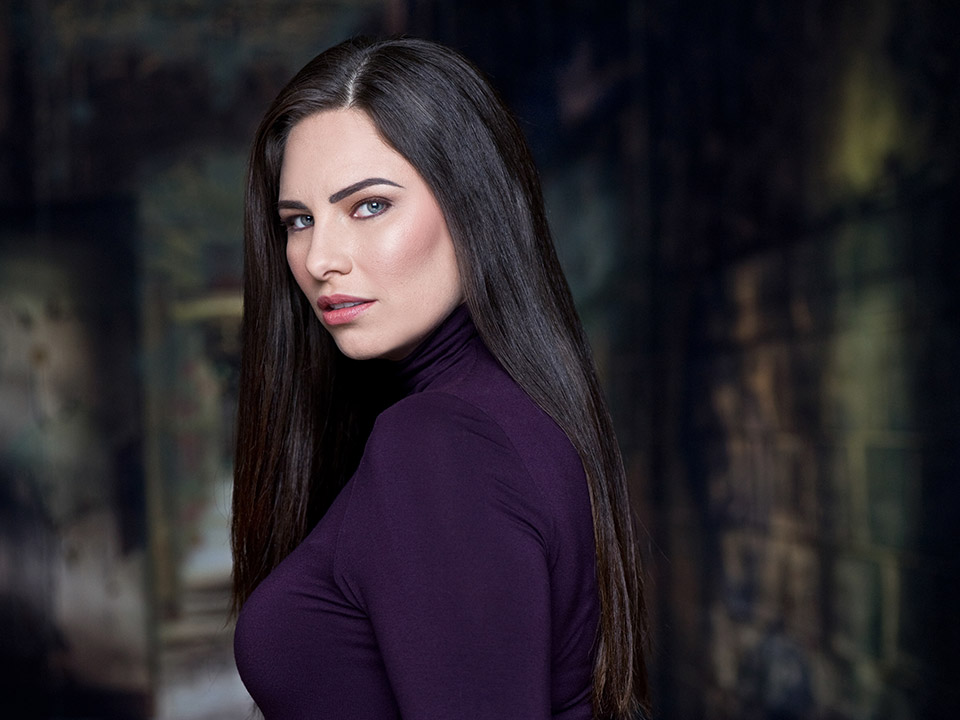 Check out our interview with award-winning actress and activist Nadia George who stars in the new compelling short film “Along the Water’s Edge” set to make its premiere at the 2020 Canadian Film Fest tomorrow Saturday, June 6th at 2:00 PM exclusively on Super Channel Fuse.

Along the Water’s Edge is a short lyrical film that addresses the water crises being faced by countless Indigenous communities across Canada. Set in the near future, the film explores the potential impacts these crises can have on Indigenous people’s living in these communities should the issues continue to be ignored. Nadia stars as the “Face Mask Woman” whose health has been greatly affected by the contaminated water. View trailer here.

Outside of acting, Nadia is an Indigenous Rights and Youth Advocate and works closely with organizations such as The Child Welfare Political Action Committee of Canada; a not-for-profit which advocates for positive outcomes for youth aging out of care and MotiV8 Canada which works collaboratively with Public Figures and Influencers, to shed light around Mental Health and Wellbeing in Indigenous Communities, through the use of various Art forms and Workshops. 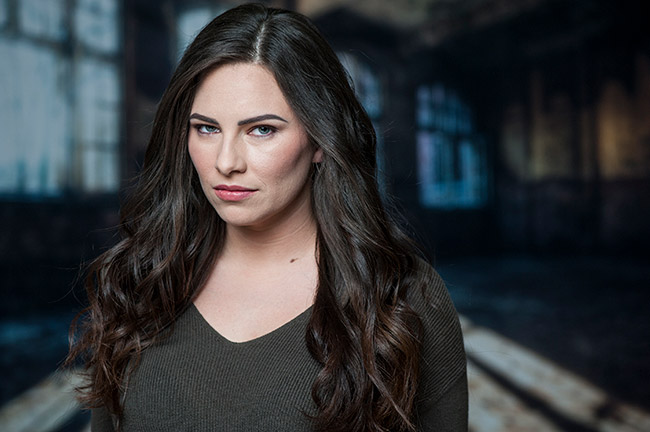 Hi Nadia, please tell us a little about you?

I’m an Actor and Activist of Mi’kmaq and Canadian Descent. I was born and raised in Guelph, Ontario, Canada until the age of 13, then my mom moved to a small town called Orillia, and now I live about 20 mins west of Toronto. I like to say that growing up I was a tomboy in heels. One minute I’d be out climbing trees, building forts and BMXing, and then come home and sing to Madonna with the sparkliest outfit I could find. My childhood was tough, a lot of moving around, but I like to think that it’s given me the ability to see the world from different perspectives; which is very helpful for the career path I’ve taken.

Resilient, spontaneous, geek chic… that might be four words (laughs)

First I’d say my parents. Although my childhood was very unconventional and at times my parents weren’t always in a good space, their journeys of resiliency have made me realize just how powerful you can be in overcoming challenges. Second I’d say my son, I learn everyday from him, even when he doesn’t realize it. He continues to teach me how to enjoy life, and live for the moment.

I started doing community theatre when I was about nine years old, and did my first show at the Guelph little theatre; but we moved too much for me to stay connected. Then out of nowhere in 2011 while I was in university, I had the option of taking Acting and Theatre Studies as an elective, and studied with the talented playwright Valerie Senyk over the next year. That class reminded me of how much I missed it, so once my son was spending more time with friends than me, I decided to give acting a shot professionally.

I play the role of the “Face mask” woman in the opening scene, and a young woman in other parts of the film, I also do the narration. It was very exciting for me as this is my first voice over for Film, and the message is so powerful. In the one scene, I have to make a choice about drinking water. It was really important for me to get the point across, so I actually didn’t drink any water on the way to set, and lied out in the sun until I was called to set. Being thirsty really reminds us of how precious water is, and I wanted that to be captured.

What is the film about?

The film itself focuses around the ongoing water crisis of our indigenous nations. It highlights what can happen if we don’t address the seriousness of this issue. But what I really love about the film, is the other message that it speaks… that we as Indigenous people are protectors of the water and all that it gives life to; we don’t plan on backing down, the fight to save our Mother Earth isn’t just ours, it’s on the shoulders of everyone.

I more frequently find myself in dramatic roles, I think it’s fitting for my historical background. I really love dramatic roles because it really forces you to dig deep and find the hidden parts of yourself that we rarely show. However, I’d love to play a comedic role … like a Seth Rogan Film. I do have a funny quirky side, and I think connecting with our youthful side is important, plus blooper reels are always a blast to watch. Is it weird that I like to laugh at myself? I can be quite a dork (laughs).

The enjoyment that it gives to others, being able to reach people in a way I possibly couldn’t otherwise, and traveling … I love traveling!

Blueberries and Cucumbers hands down! But not together (laughs).

Doughnuts… anyone who knows me, knows it’s a real problem!

I’d call it Audrey Hepburn with a splash of a young Stevie Nicks. I love glamour and shiny things, but you’re more likely to find me kicking it comfy with a wide brim fedora.

Oh I hope no one actually tracks her down and asks because she would say “always late” (laughs). I think she would say a risk taker, but in a good way. I’ve always been the type to jump in head first and one to say “oooh we need to do this!!” But I think she would also say I’m loving and dedicated to the ones that matter to me. My friends are my family and I wouldn’t have it any other way.

Fingers crossed for more filming! I’m also hoping the travel ban gets lifted soon so I can get back up to the Northwest Territories of Canada to finish our Wellness Film Workshop Tour with the organization MotiV8 Canada (influencers motivating influencers).

I’m also a working addictions therapist, so my day consists of coffee, client meetings, auditions, coming home enjoying a delicious meal cooked by my boyfriend and then usually more coffee and a good sitcom. Boring to some, but sometimes boring is just where you want to be.

Wine touring in the Niagara Region and eating good food on a sunny patio.

Kurt Cobain, I was obsessed with his music in grade 9 and still love it today. As an artist and therapist, it would be really neat to have an open unfiltered conversation.

My Dad once told me ‘As we sit with our Grandfathers, getting ready to join our free soul and our living soul, we are given gifts. You are here for more than one purpose, so take in all that you can; so in the next life, you can share all that you know.’ … I don’t plan on disappointing my Father.

I support various charities at different times, all which help indigenous communities or our youth.

Coffee, my moccasins and a good lip moisturizer.

In a feature film that airs on the big screen and maybe hosting a TV series or show.

I don’t really think I could pin it down to one, I’m a big fan of all sorts of music. But I guess Sunday Bloody Sunday by U2, It a great song to dance and scream when you need to release tension.

I think it’s a great tool when used appropriately. I could cut down my time on it though (laughs).

Quote: Your Future self is excited to meet you

TV Show: What We do in the Shadows and Billions