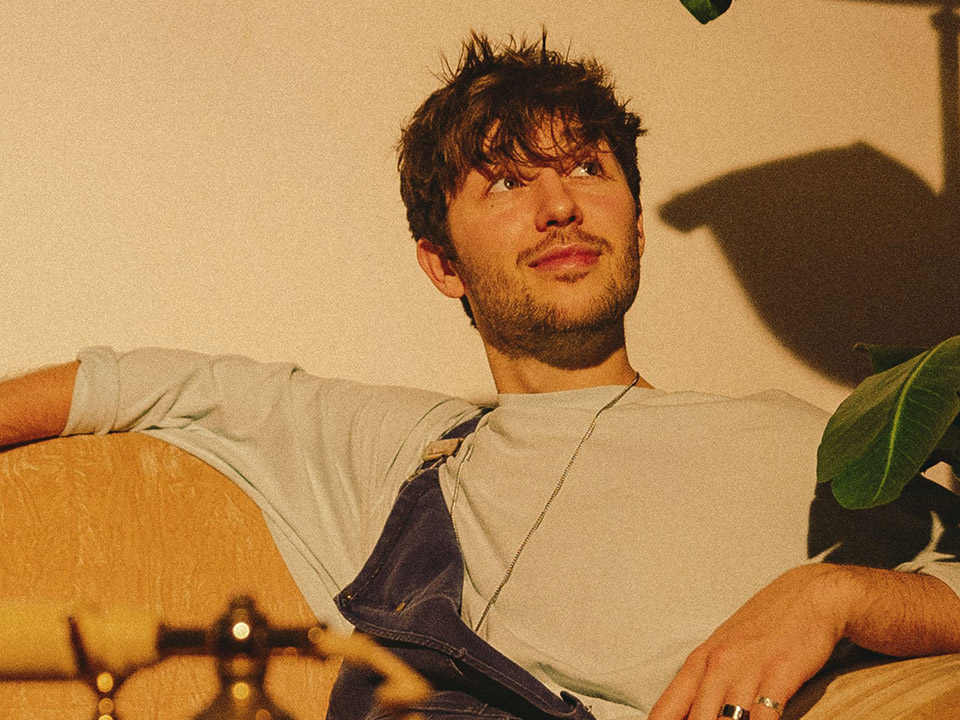 Check out our interview with talented Alt-Pop artist Christian French.

Christian began his music career posting acoustic covers on Soundcloud in high school. Attending Indiana University, French met fellow Indiana producer Triegy, and together they self-released their first single ‘Fall For You,’ which charted on the United States Viral 50 Chart on Spotify. Following this release, the duo released a string of four singles. With his growing success, French traveled to Los Angeles to work with grammy-nominated producer Dru Decaro, together creating French’s solo singles ‘love ride,’ ‘superstars,’ ‘sweet home’, ‘hearts of gold’ with MILES, and most recently ‘natural colors’.

In mid-2018, French was invited by Chelsea Cutler to be the Special Guest on her ‘Sleeping With Roses Tour.’ The two sold out the 17 show North American tour in less than three weeks of announcement. In 2019, French is joining Quinn XCII on his 34-stop North American spring tour ‘From Tour With Love’. 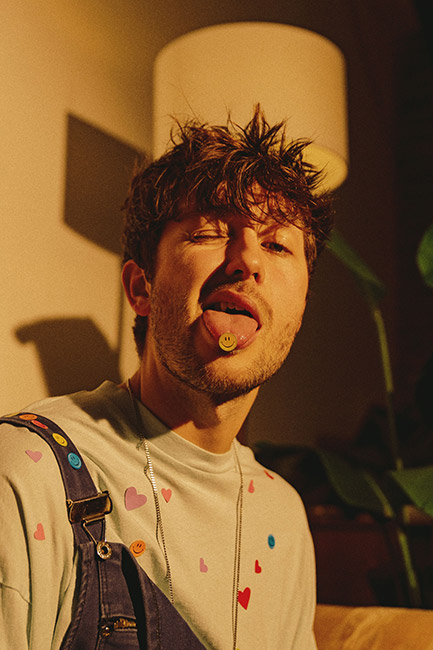 Hi Christian, please tell us a little about you?

Hi everyone, I’m Christian French and I’m a 23 year old musician from Indiana ~ I’ve been living in Los Angeles for the past few years to pursue music, but am safe at home in Indiana with all of this coronavirus stuff going on. Lately I’ve just been locked up practicing guitar and making music, but before everything was shut down, I was in the middle of my spring tour, which would have ended on the March 24th.

How did you get started in the music business? Who would you name as your biggest influences?

I had been playing piano and singing covers for a few years before I started writing my own music ~ I was covering my favorite artists like John Mayer, The Fray, etc.. once I got to college, I met a friend who could produce. We started collaborating together just for fun, and one of our songs ended up on the Viral Top 50 chart on Spotify. Through that, my manager found me, and we began talking for a few months before I went out to Los Angeles for the first time. After that first LA trip, I was hooked ~ I knew that that’s where I wanted to be making music.

Now tell us about your single “i think too much”

“i think too much” is out now! I’ve always considered myself an introspective person who thinks deeply through situations, but sometimes I’ll end up thinking TOO much and then it’s counter-productive. Sometimes when you’re trying to enjoy and absorb the moment, over-thinking and trying to put your experience into words will actually pull you out of that moment. In a lot of ways, this song is kind of me acknowledging how much I think and “checking” myself.

Christian French - i think too much

And about the huge success of your single “Head First?”

Yeah I’m pretty stoked on how everyone is reacting to this record. This song was a big step out of my comfort zone with the hard-hitting 808’s and simple production, but it really clicked. I was working with my friend Andrew Luce, and he laid down the guitar line for that song while I was making something in the kitchen and I yelled “that’s real nice”…Within a few hours, I had written most of song while he was producing and it was a song that just flowed out of us so naturally. I’m excited to make more records with this sound.

Your lyrics touch a lot on self-growth and positivity. What is your own definition of happiness?

Having a good, loving relationship with yourself. If you’re aware of your emotions, you’re able to control them better, and you won’t let instinctive emotions take over as much. When I feel the most happy is when I feel comfortable and confident with who I am~ when I allow myself to make mistakes and when I don’t let other people’s actions or opinions affect me. That’s something that I’ve been continuously working on and is a big reason why I write the music I do.

My parents have had the biggest impact on who I’ve become because they’re the ones who raised me. As I keep getting older, I keep finding how similar I am to each of my parents, and I’m thankful for that because they’re great people who raised me well. I would say that I’m a considerate, loving person and all of that feeds back into what I care about and the type of music I make. They’ve supported every decision I’ve made and I love them to death. 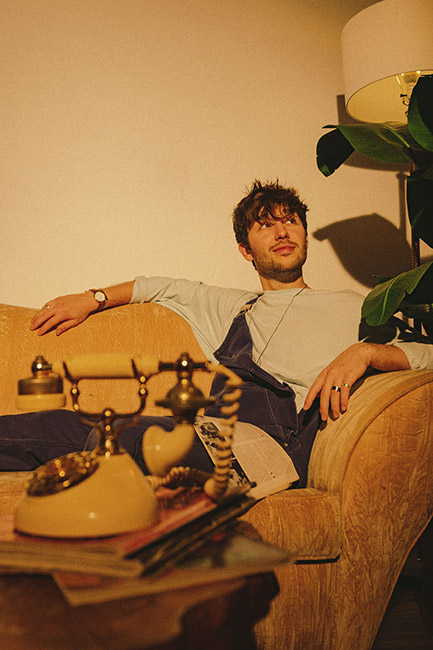 I love hockey ~ I played it for around 17 years growing up and I still find time to play every once in a while in LA.

I read a lot, too ~ I never read in high school or college because I didn’t feel like I had the time, but to me, there’s nothing more relaxing than spending time with yourself and really getting into a book

I also love cooking! I’ve found how much better I feel when I eat healthy and so I’ve made it a point to make my own food as much as possible so I know what I’m putting into my body. I’ve started to love the creativity behind cooking, and I cook for my roommates all the time.

What is your next goal as a musician? Where do you see yourself in 5 years?

Obviously it’s good to have goals for yourself as a musician so you keep pushing forward, but I try not to think about the “five year plan” so much, because honestly, no one knows what’s going to be be going on then. 5 years is a LONG time in a musician’s world, and a lot can change. I’m trying not to make unreasonable expectations that I feel pressured to live up to, so instead I’m choosing to just do my best every day and focus on what’s in front of me now and in the near future rather than something that’s so far away. If I’m doing my best, I’ll continue to grow, one way or another. Isn’t that all I can ask for?

What we can expect of Christian French in 2020?

Definitely consistent music coming out into the summer ~ I’ve released 3 songs from my next EP, and am hoping to get a new one out every month until the EP in June. No one really knows anything when live shows and touring will happen, but I’ve been loving going live on Instagram — I can still hang out with my fans and play some new music!

Karaoke Song: “You Found Me” – The Fray

Your perfect Sunday: Going on a long walk, reading, playing some guitar, hanging out with my friends.