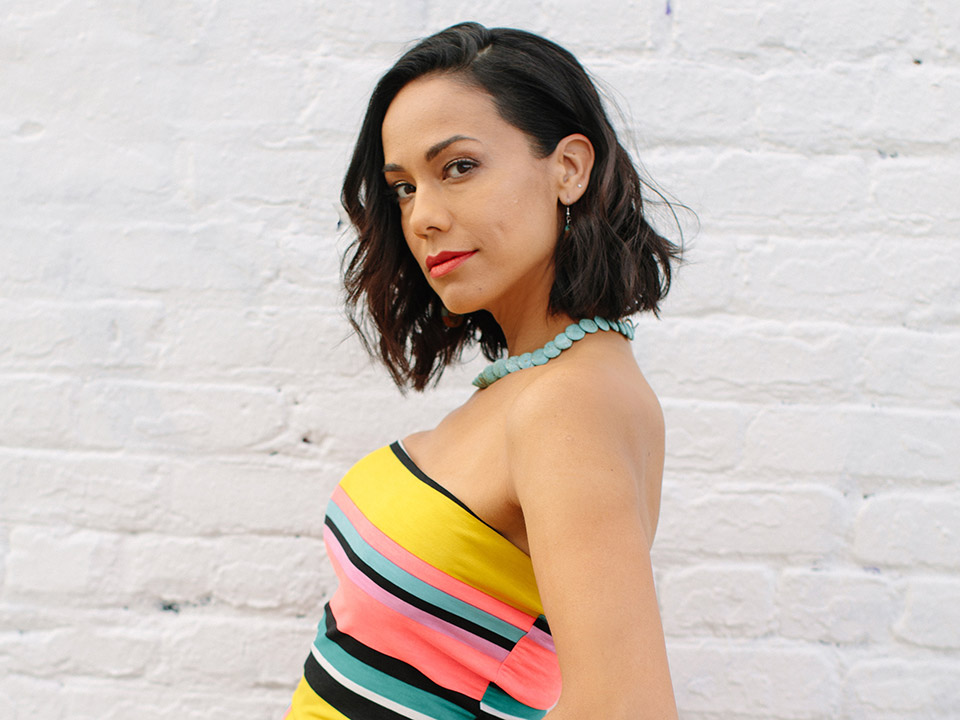 Check out our interview with Amazon’s “Bosch” actress Daya Vaidya.

From drama to comedy, Daya has made a name for herself through the dynamic characters she has brought to life on screen, and her ability to seamlessly transform into every role she embodies.

Aside from “Bosch,” Daya has appeared in critically acclaimed projects in film and television over the years, including a series regular role on the CBS hit “Unforgettable” where she starred as the savvy, street smart Nina Inara. Additional credits include: “Major Crimes,” “Castle,” “Twisted,” “Two and a Half Men,” and “Dexter.” Daya has also worked behind the scenes, recently producing indie horror/thriller film “The Locksmith” starring her husband, actor/writer/producer Don Wallace. The duo met on the set of the award winning, indie film “Blue” which they starred in together and Don wrote/produced.

As a woman of color and a multicultural mix of Indian and Latin descent, Daya enthusiastically supports organizations that champion diversity in Hollywood and women’s rights. She is also a two-time breast cancer survivor and promotes breast cancer awareness and research. 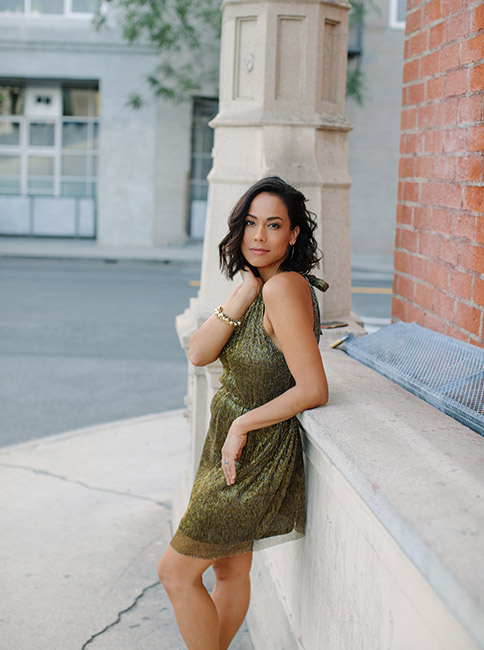 Hi Daya, please tell us a little about you?

I’m a mixed woman of color, who grew up in Oakland California. I went to really bad schools, where kids were getting shot and my 12-13 year old friends were getting pregnant. It was crazy, but luckily, I had a really good family, got out of there and used my street smarts, along with a college education to walk a path in Hollywood where I would never give up, no matter what. My background made me tough and resilient and my family made me kind and compassionate.

My dad. He passed away when I was 27 years old. Everything I do in my life now represents what he instilled in me. Every decision I make, every choice and every path I go down is with him in mind…trying to make him proud and live my life in a way that he taught me. He was a force of nature and taught me to be a fighter to the death, but with a heart of a monk. That was him.

I started dancing when I was three years old and my mom introduced me to theater when I was 10. I always loved performing and when I saw a youth performance of “Guys and Dolls,” I was hooked. I was forever changed by watching live theater; I knew that’s what I wanted to do. The next day my mom enrolled me in that same theater company and I performed there until I left for college at UCLA. Everything about the arts moves me. I love the classics, namely Shakespeare, I love film and television and I love studying the overall craft of acting. I’ve spent many years training with Stuart Rogers at Stuart Rogers Studios. He is a true artist and taught me how to keep my love of art and theater alive even when the business of Hollywood tries to take you away.

In every way. Everything in my life has been centered around the arts. Acting has been a part of my life for so long I can’t even imagine any world without it. Our whole family is involved now; my husband is an actor, writer, producer, my kids are acting and performing… it’s just one big performing happy family. And that’s how I like it!

The best part is the freedom. I love the freedom of being able to discover each day anew, never having to work at a desk, and always being able to create art. The worst part is the not knowing, the instability, the periods of drought and no money, and the overall rejection of the business. But after being in it this long I have fallen in love with acting more than I’ve ever have in my entire life. I’m getting more joy from it now because I no longer care about just booking a job, I care most about expression, love, truth and deepening my characters.

Tell us about your work in Amazon’s hit thriller/drama series “Bosch?”

Bosch is one of the best shows I’ve ever worked on, I just love it.

It’s a procedural drama based on the best-selling books by Michael Connelly. It takes place in Los Angeles and it includes a political story line and the storyline of a homicide detective named Harry Bosch, trying to solve complicated, grisly murders.

And about your role as Jen Kowski?

Jen Kowski started out as the chief of staff to mayor Ramos in seasons two through five. But now she is the campaign manager for chief Irving and she is running his campaign to be mayor. She is conniving, smart, manipulative, ambitious, and an overall bad ass!

And about your series regular role on the CBS hit “Unforgettable?”

On “Unforgettable” I played Detective Nina Inara. She was another bad ass woman, I think I like playing those kind of roles! She was a little more street than Jen, but she had that same quality of smarts mixed with savvy, mixed with ambition; as well as being fearless. 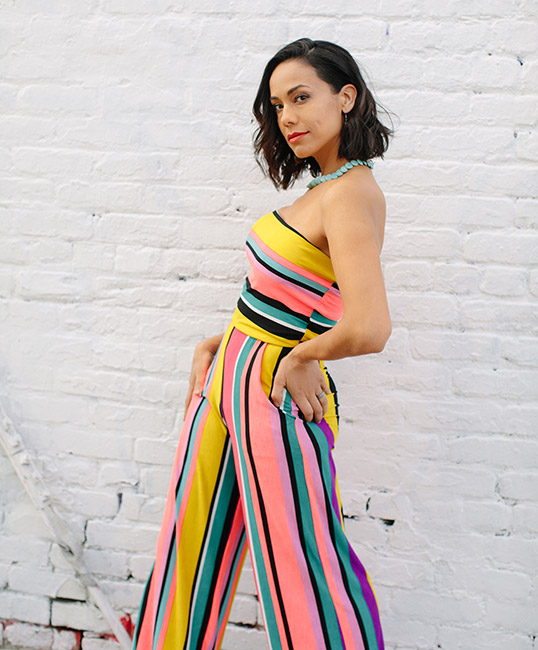 I think I like playing women like Jen and Nina. They’re interesting to me and they’re what I try to bring more out of myself. I can be too nice. I need some of Jen’s ruthlessness…I mean, just a little savvy ruthlessness helps navigate life!

I’ve done a lot of episodic television, and independent films. I produce with my husband Don Wallace, who is also a writer and actor, producer and we do a lot of projects together and create stories that interest us. We’re always trying to think of ways to make films and characters that we want to play. We’re never just waiting by the phone.  We want to create it. “The Locksmith” is a gritty, horror indie film that we produced an will be released in the fall.

I would say getting characters that are different than me and exploring what makes them tick. I like the psychological component of acting. I like being able to go on a journey and explore different mindsets, human motivation, culture, and history…that sort of thing really interests me. And then I like showing up on the set and working with other artists and creators to make that world come to life. That’s the best!

Homemade sourdough bread, with a spicy lentil curry! Yum! I make pots of this stuff.

Chocolate! I love chocolate…although if I eat mostly dark, it’s not so bad.

Casual trendy, but functional. I like beautiful, real fabrics that are hip, but also timeless.

Bosch starts back up in July and that will be our final season- season 7. After that, I don’t know. I’m excited to see what happens once we are no longer in quarantine.

Family first and foremost and having the freedom to pursue your dreams and live your life in a way that is that brings you fulfillment and doesn’t rely on seeking the validation of others.

My kids wake me up, I’m not a morning person so I struggle in the morning until I get my morning espresso, and green tea – I need both make it through! I have my little toast and I make breakfast for the kids. When it’s quarantine we just do homeschooling and all kinds of activities, trying to just get through the day. But on normal days we would take them to school and then I will go work out, go run and then work on whatever project I’m working on, do work on the character or something like that. Then I come home, eat dinner and have some wine… kick it with my family and my husband. Perfect day.

Going to the beach and boogie boarding!

My dad. He died in my 20’s and I’ve never stopped wishing I could see him again… not for one minute of any day.

Always live in truth no matter how hard that truth is. It will always set you on your highest path.

Staring in a series and producing television and independent films with my husband.

Love/hate relationship. Hate it a lot, but I know it also serves an important function. I do like being able to catch up on people’s lives. I just hate the self-absorbed narcissism! That’s a bit out of control.

Quote: Philip Seymour Hoffman, “If you get a chance to act in a room that someone else has paid rent for, then you’re given a free chance to practice your craft. And in that moment, you should act as well as you can, because if you leave the room and you’ve acted as well as you can, there’s no way that people who have watched you will forget it.”