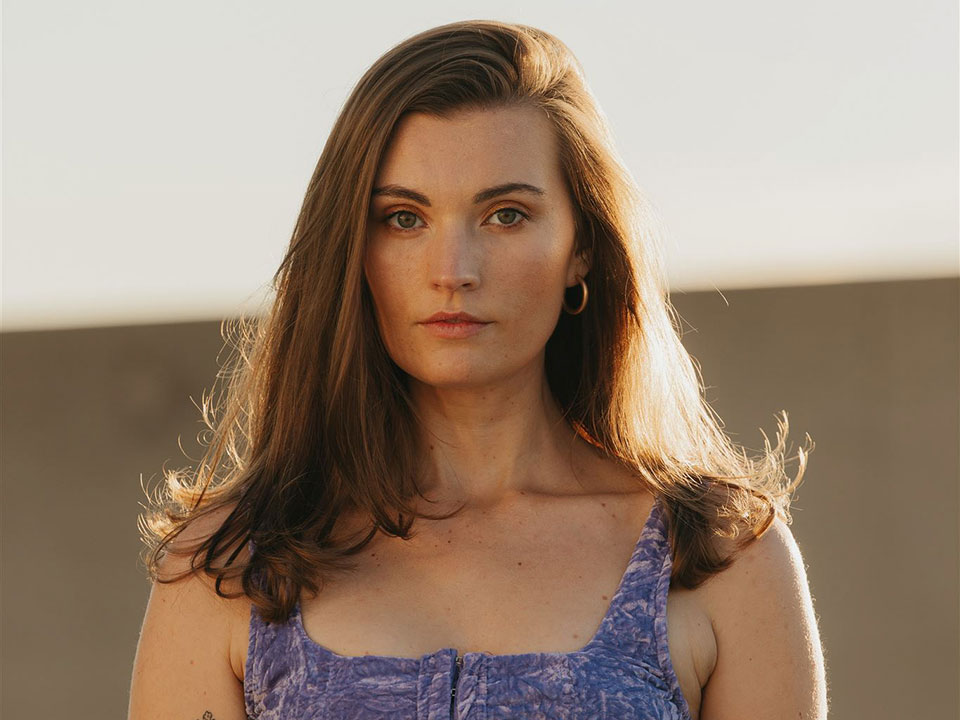 Check out our interview with “American Siege” Actress Anna Hindman.

The LQBTQ+ actress is starting 2022 off with a bang portraying the gun-toting Grace Baker in the film American Siege, opposite Bruce Willis, Rob Gough, and Timothy V. Murphy.

The multitalented actress was raised in Connecticut and got her start in acting when she was just six years old when she was featured in a commercial for a local power company. She would later earn a BA in Musical Theater. Upon graduating, Anna, moved to Los Angeles to pursue a career in film and commercial work.

Anna is passionate about LGBTQ+ charities and plans on getting involved with fostering youth. When she is not working you can find Anna with a camera in her hand, as she loves shooting still and film photography. 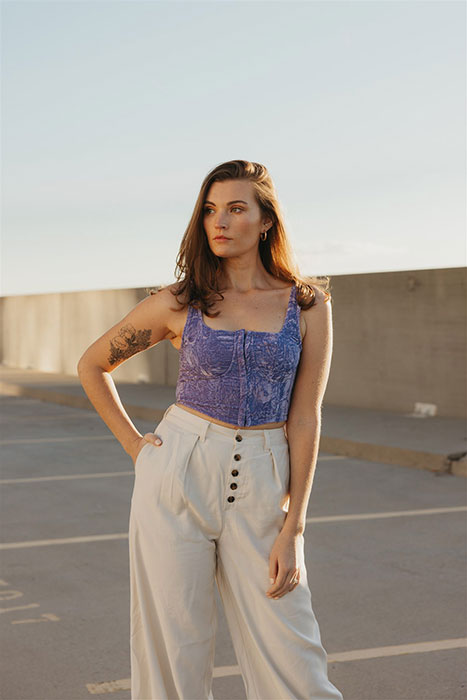 Hi Anna, please tell us a little about you?

I currently live in Columbia, SC with my wife, Jess, and our two dogs, Koda and Bri. We both love to ride motorcycles and travel. I’m currently teaching 7th grade science, but that will be changing soon as we relocate to Nashville this month! I was raised in Connecticut, where I also went to college for Musical Theater at Western Connecticut State University.

I’ve wanted to be a performer ever since I can remember. My first time doing anything professional was a local power commercial when I was in first grade. Even though the day was mostly sitting around, my dad told me that in the car ride home I looked at him and said, “I want to do this every day!”

In elementary school I got involved in community theater in my town, and I’m so grateful for the opportunities they provided me with. Every summer I would do the local theater production, and it was the highlight of my year. My favorite was “Guys and Dolls” where I got to play Adelaide.

Acting has been my number one priority since I can remember. I’m still in denial that I had this incredible experience working on “American Siege”. This is the first big project I’ve worked on, and it’s changed my life in the way that I feel more confident, more excited about my career and more optimistic.

The best part is being in the moment doing what I love. There’s such a freedom in acting and being in that collaborative space making something out of only ideas. You get to be creative and have fun. The worst part is that there isn’t a straight path to get to where you want to be. For other careers like a doctor or a lawyer, you pretty much know what to do to get where you want to be. In acting, it’s a lot of luck and timing on top of training and learning the business.

Diving into a role is so exciting, you get to imagine your character’s back story, figure out what their ultimate goal is, what they want. I love looking at each scene and finding the intention there. I also make mood boards and playlists for my characters. For Grace Baker I had songs like “Highway to Hell” and “Ain’t No Rest for the Wicked” I would listen to on my way into set each morning.

Tell us about the new film “American Siege?”

“American Siege” is a story about revenge. My character’s sister, Brigit Baker, went missing ten years earlier and now demands answers. There’s a lot of corruption in the town and my character Grace doesn’t care who gets in her way. Armed to the teeth, Grace, her brother Toby and Brigit’s boyfriend Roy take a hostage to get what they want.

And about your character Grace Baker?

Grace Baker is unapologetic and determined. She was so much fun to play. She didn’t have the best upbringing, but she always had Toby and Brigit, so I can understand her fervor for finding answers. She has a tough exterior and hides her anger and sadness with guns and a big attitude. She has nothing to lose, and that makes her a lot of fun. 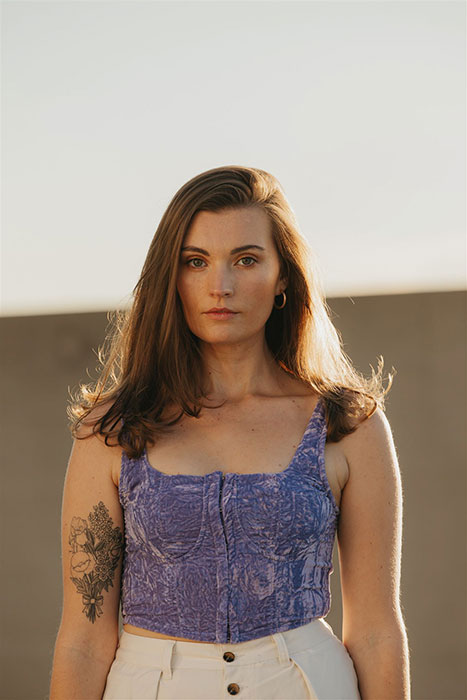 How was working with big names like Bruce Willis, Rob Gough, and Timothy V. Murphy?

It was an absolute dream. All three of them are incredibly welcoming and professional. Rob was one of the first people I talked with on set, and he and I became fast friends. Bruce Willis is great. My favorite memory is being on set one day and there were little kittens roaming around. One jumped right on top of Bruce and just chilled there for a while; it was adorable. Timothy V. Murphy is such a powerhouse, he was perfect to bring Charles Rutledge to life. Johann Urb and Cullen Chambers were also great to work with.

I wrote and produced a short film called “Breadwinner”, a story about how life and choices aren’t always black and white. I also got a chance to work on Tim Realbuto’s “Yes”, which was a really great film.

I love playing roles that are the opposite from how I am every day, like Grace Baker. It’s so much fun to be someone you usually aren’t. The role of the anti-hero is really appealing to me. I also want to be part of more projects that normalize LGBTQ+ characters. I would love to be part of a really cheesy, lesbian Christmas movie.

The most rewarding part of my work is the community that is created when working on a project. I am so grateful to all the lifelong friends I’ve made on various sets who continue to inspire me.

Don’t forget acting is a business, invest in yourself and your materials. But aside from that, keep yourself inspired – read, write, hike, travel, make friends, live your life! There is always time. I remember thinking that if I wasn’t famous by 16 I would never “make it”. That is definitely not true!

Warm and welcoming, always on the move, obsessed with my two dogs.

I would probably be a coloring book called “The Great Adventures of Anna”, because I’ve lived in six different states, and I always want to be doing or seeing something colorful and exciting.

A big move this month, hopefully bringing a script to life this year that I’ve been developing!

Any fresh fruit or veggies in the summer.

Mashed potatoes with a ton of butter and garlic.

Feeling free. Like a lazy summer Sunday afternoon with my wife, or on set in the moment acting.

I would love to meet Marilyn Monroe. I think she would be really nice, and I’m sad her time here was cut short.

Not directly given to me but Tina Fey once said “Don’t waste your energy trying to change opinions. Do your thing and don’t care if they like it.”

The Trevor Project! I am a middle school teacher and member of the LGBTQ+ community, so I’ve seen firsthand how important it is to support LGBTQ+ youth. At thetrevorproject.org, a counselor can be reached, and their resource center includes topics such as Gender Identity, Sexual Orientation and Mental Health.

I would love to be a series regular on a tv show similar to Ozark or Westworld. Also having a family with my wife, Jess!

This changes all the time, when I find a song I love it plays on repeat. But anything off the Fleetwood Mac “Rumours” album can’t go wrong. Perfect album to drive around to with the windows down.

I have mixed feelings. I think a lot of it can be smoke and mirrors, and that can be harmful for people (especially young people) to constantly be striving towards. But I love keeping up with people in my life online, and I actually really love TikTok. It has a lot of personality, and because it pushes you towards videos from people you don’t always follow. I think it allows you to discover more and more great things.

You can find me on TikTok at @.hindman and Instagram @itsannahindman

Quote: “Go confidently in the direction of your dreams, live the life you imagine.”