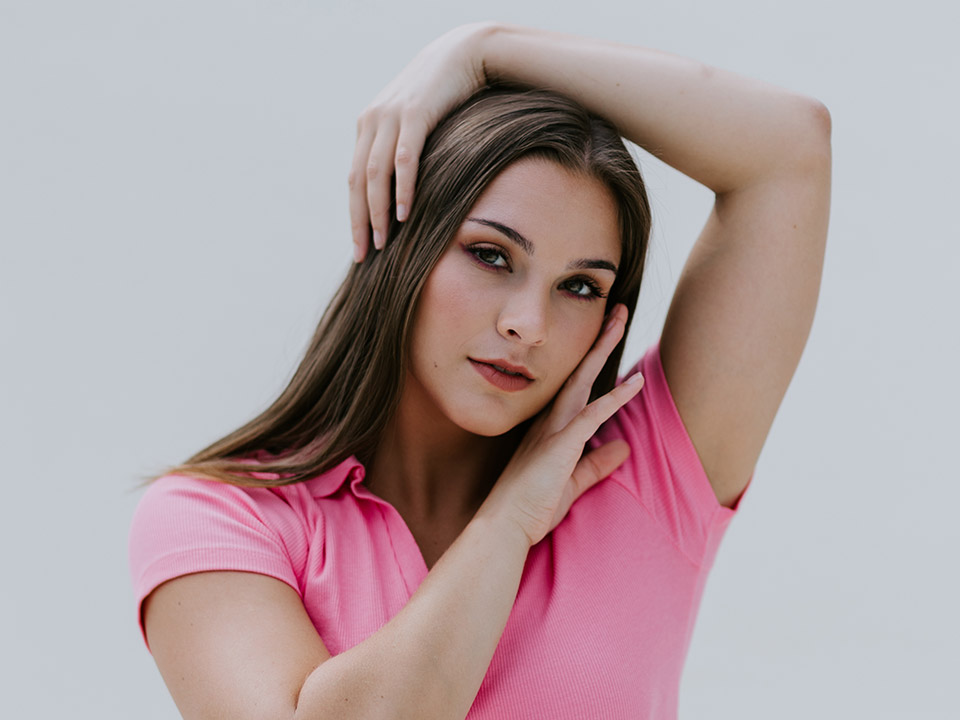 Check out our interview with TV and film actress Dylan Ratzlaff who can be seen starring as the lead role of ‘Rachel’ in Lifetime’s “An Amish Sin” (October 29, 2022). Inspired by true stories, the movie follows Rachel, an Amish teen who refuses to obey her parent’s command that she marry the man who abused her. She tries to escape the harshness of the 18th century lifestyle she has grown up in to find her voice and independence.

She began her professional dance career working on projects such as Disney Channel’s “Descendants 3” alongside Kenny Ortega and “A Cinderella Story: Christmas Wish.” Ratzlaff made her acting debut in CBC’s “The Next Step” where she starred as ‘Jacquie.’ Her other television credits include ABC’s “A Million Little Things,” Lifetime’s “Doomsday Mom,” and Netflix’s “Honey Girls.” Most recently, she has joined the award-winning Freeform series “Cruel Summer” for its second season. 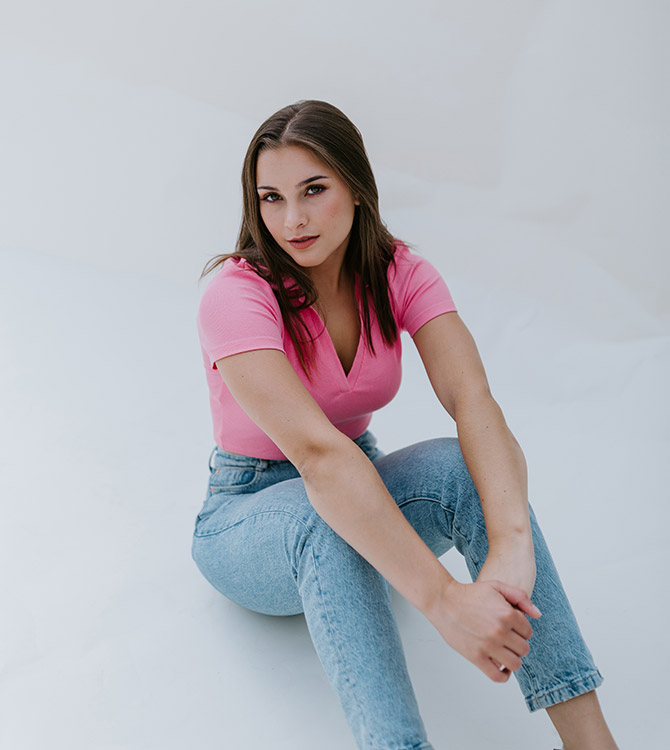 Hi Dylan, please tell us a little about you?

Hello! I am 21 years old and an actress and dancer! I’ve been dancing since I was 3 and am trained in multiple styles! I got into acting when I was about 15 and have been in love with it ever since! I grew up on a bell pepper farm with 2 sets of cousins and my grandparents! So family means everything to me!

I started by landing a role on a show that was like a mockumentary about a dance studio. It was one of my first film/tv auditions! They hired me mainly as a dancer and taught me how to act! It was an amazing experience and it is where my love of acting stemmed from.

I always felt that I wanted to be a part of the arts as a career but moving into acting and actually booking roles made this a possibility for me. I feel so fortunate to be able to do this as a job and have met so many amazing people on different sets. I have created lifelong friends moving into this industry and have a feeling I’m going to meet so many more!

The best part is getting to play many different characters and discovering something about yourself each time you play a different character. With every audition you unlock a different emotion or part of you that you never knew existed. The worst thing is the “hurry up and wait” part of the industry. It is a fast moving industry and then all of a sudden you will hear nothing…then get a call to move to a city to shoot something. Some people love spontaneity but I am a major planner, so this overwhelms me sometimes. But it is a good challenge for me to live more in the moment.

There are many things I do but I will focus on the one thing I have been really working on. I recently worked with Matthew Harrison, and he completely changed my process and really opened my eyes to what process was perfect for me. There are three parts to a scene; the story, the emotionality and the physicality — Doing, thinking and feeling.

Sometimes I find myself only working only 2 of the 3 parts which makes the scene incomplete. I’ve been really focusing on completing all three of these areas when diving into the character. It’s sort of an equation to make the scene 100% complete.

Understanding the desire of the character throughout the scene, how that lives in the body and if this scene places them closer or further away from their goal. This is just a snippet of what I think about but it’s something I am trying to work on.

Tell us about your work as the lead role ‘Rachel’ in Lifetime’s “An Amish Sin?”

I had to do lots of research for this project, mainly to learn about the Amish as well as sexual assault. It was a daunting task but I had a lot of resources that the network and director gave me. I spent a week asking questions about the customs and practices in the Amish community. It was like learning a whole new language! 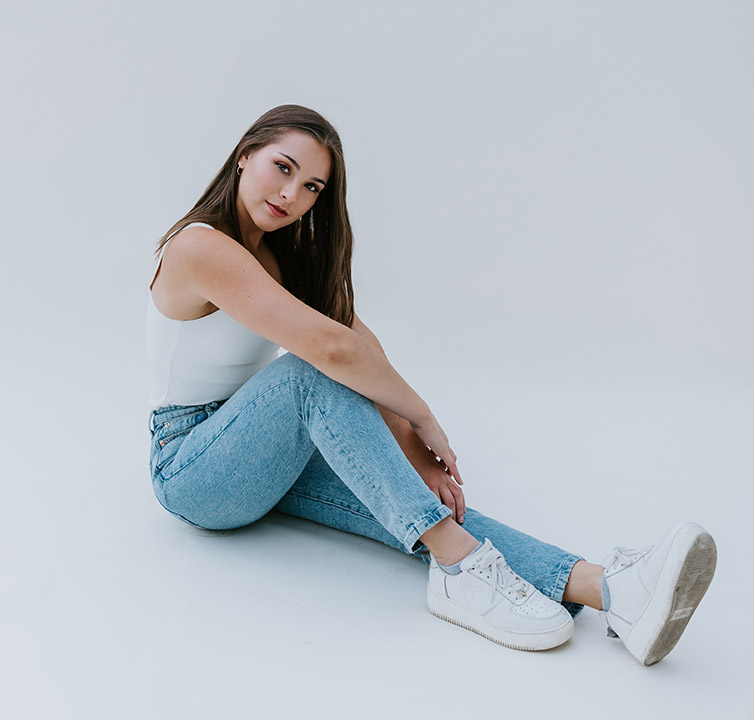 I would love to do a role with stunts! I think with my dance background I could get the hang of stunts pretty fast! It’s a dream of mine to be a main actor who does their own stunts!

I think it is very rewarding when I can feel/see people being affected by the scenes. I’ve done my job telling the story and allowed myself to fully surrender to the character.

There is no bad time to start acting! And don’t let being told “no” drain your joy and passion for acting

That you never know it all! There is always so much you can learn from each set. Also that we are essentially showing what life is on a screen. Just as we learn more and more about what life is each day we will also discover what life is through scenes. Our job is to represent life.

I asked and they said “level headed, prepared when it comes to work, adventurous and serious about what I do.”

I always took myself way too seriously and never allowed myself to fail. I always was so scared of failure so sometimes I would overwork myself so that I would have a low chance of not succeeding in my goals. But now I realize the biggest amount of growth happens when you fall and you have to pick yourself up and try again.

The Obstacle Is The Way by Ryan Holiday

Lots of auditioning and training! I am using these last months of 2022 to really train and learn so I can be ready for 2023!

My family always talks about the spokes of life. You decide what you deem important in your life and you need to put equal time into each category. If you stop putting time into your “family” spoke, then the wheels start to fall off because it’s not balanced. With always putting time and energy into the things that make you happy, you can’t help but to feel joyful.

Yes! My family and I support Ally Global

I plan to still be in the industry and hoping to get onto a series as a lead! It would be so fun to create a strong community with people you are on a show with for years!

Sedona – Houndmouth or Malibu – Miley Cyrus. These are the best round trip songs. My boyfriend lives in Portland to go to Chiropractic school. That is five hours away for me so I spend a lot of time in the car and these are my go tos!

I think there are good and bad things about social media. Ultimately, social media is here to stay so you have to choose to be positive with it. It does cause lots of comparisons so it is important to limit time on apps but when you do spend time try to use it for good:)

Book: The Ruthless Elimination of Hurry

Quote: Though she be but little she is fierce

Sports Team: Nipawin Hawks (My brother plays for them)