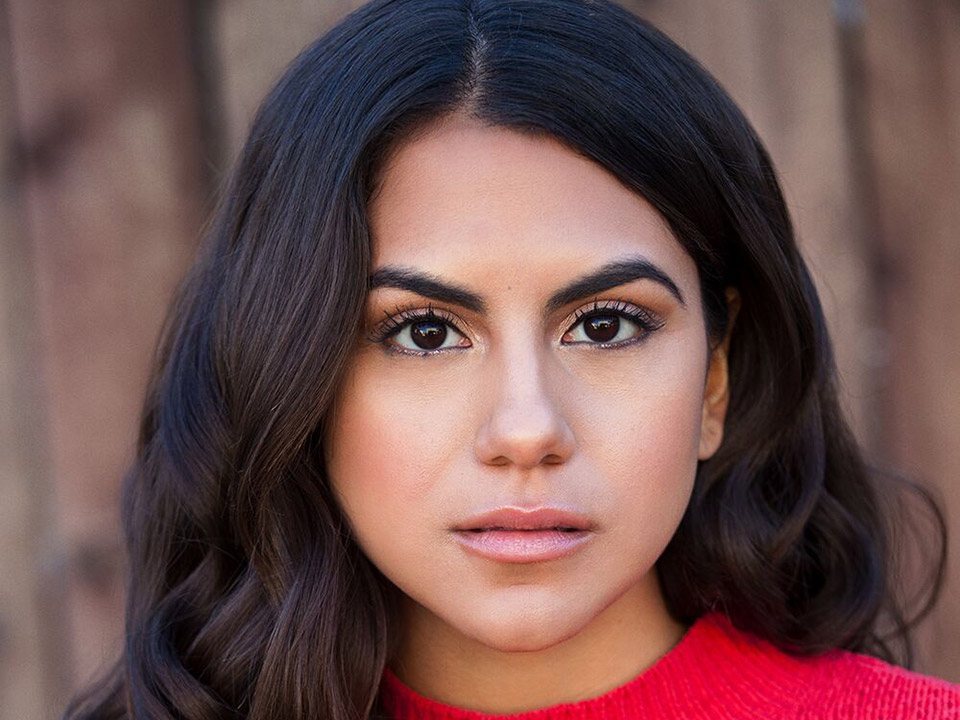 “Little America” is an anthology series that consists of eight 30 minute episodes that focus on a different person overcoming some significant obstacle, whether it is deportation, visa problems, language gaps, or other cultural clashes. In episode 2 titled “The Jaguar”, Corchado plays ‘Marisol’ who is an undocumented teen that becomes a killer competitive squash player. Created by Kumail Nanjiani and Emily V. Gordon and Lee Eisenberg.

Corchado recently starred in the horror film “Cucuy: The Boogeyman”, which is currently available on VOD. Up next, Corchado will star as ‘Gia’ in the indie film “Raise Your Hand”. The film follows Gia and her best friend who try to survive a rough childhood in a neighborhood where every kid has a sad story to tell. In addition, Corchado recently wrapped her first series regular role in the upcoming series “Sneakerheads”.

In 2016, Corchado won Best Actress award at the Monaco Film Festival and Movement Latino Film Festival for her performance in the feature film “Crave: The Fast Life”. Additional acting credits include: CBS’ “Fam”, ABC Family’s “The Fosters”, NBC’s “The Blacklist”, “Whiteblood”, “Lowlife”, and “The Player”. 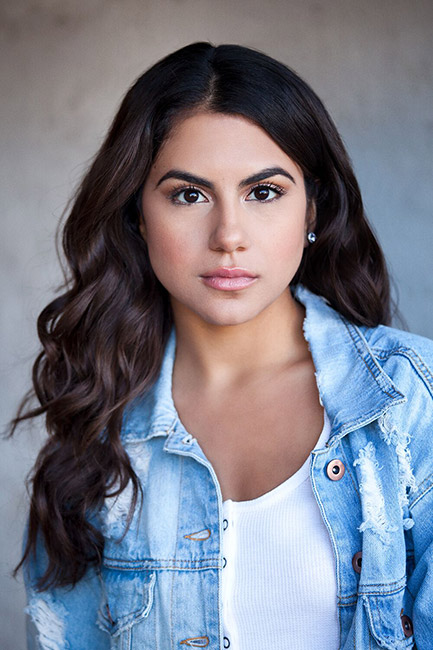 Hi Jearnest, please tell us a little about you?

I’m an actress and filmmaker born and raised in Puerto Rico. The only girl and the oldest of three children. I am a big dreamer and an incredibly optimistic human being.

Wow, that’s hard!!! I’ve had so many beautiful people in my life who have made a great impact on my life… but if I had to narrow it down, I would have to say both of my parents. They both have taught me a completely different set of skills, consciously and unconsciously, that have made me the strong charismatic person I am today. My dad is incredibly social, an overachiever and is continuously inspiring others to be the best versions of themselves. He encourages me to wake up every morning and declare “Today is gonna be the most amazing day”… he is my very own motivational speaker. haha… My mom on the other side is very artistic, she loves everything that has to do with fashion and movies… she has always believed in me and has encouraged me to pursue my dreams. She is such a hustler. A very strong and independent woman and I think that thanks to that, I was raised to be very fearless and courageous. Their determination, hard work and continuous reinforcement in having a spiritual life have been the foundation of who I am today as a woman and artist.

Long story short… I’ve been acting since I was 8 years old. I had some roles in Novelas and TV Shows back in Puerto Rico, and around the time I was 14, I got discovered by an acting camp who brought me to Los Angeles and taught me the tools I needed to work in Show Business. After the camp’s final showcase, some agents and managers were interested in me, which gave me the reassurance to pursue this career. I came back home, finished high school, and a year later moved to LA. After a month in LA, I got my first agent and manager. It was pretty surreal!

Tell us about your work on Apple TV+’s series “Little America?” role of Marisol?

I got to play Marisol on Little America’s second episode “The Jaguar” an episode about a girl who discovers a big passion for squash and is encouraged by her coach to pursue this dream. Eventually, her love for the sport transforms her and completely changes the course of her life. I had to train for this role and look like I was a professional Squash player in less than a week which was a crazy challenge but also extremely fun!…. When I was prepping for this role, It was really important for me to constantly remind myself that I was playing a real-life hero. I didn’t get to meet Reyna in person but through conversations with my wonderful director Aurora Guerrero, I think we were able to capture her essence and be as authentic and honest to her story as we possibly could. Looking back at it and after hearing good feedback from Reyna herself, I think we were able to do something we are all proud of. Filming this episode was one of the best experiences of my life. I will cherish it forever.

I play the lead, Sofia Martin, in Syfy’s horror film “Cucuy The Boogeyman”. I am also known for playing the Brazilian teenage assassin, Anna Gracia Duerte, on NBC’s The Blacklist. I had a recurring guest star on CBS’s sitcom “FAM”, where I had the amazing opportunity to work with Nina Dobrev, Tone Bell and Odessa Adlon. And I am now looking forward to the premiere of our show “Sneakerheads”, where I had the opportunity to work with Allen Maldonado, Matt Josten, and Andrew Bachelor. I’m also very excited to start shooting the indie feature film, “Raise Your Hand”.

The most rewarding part of my job is inspiring kids all over the world. Having younger brown girls and boys look at me and know that they can do it too. That they can dream big and that everything is possible. 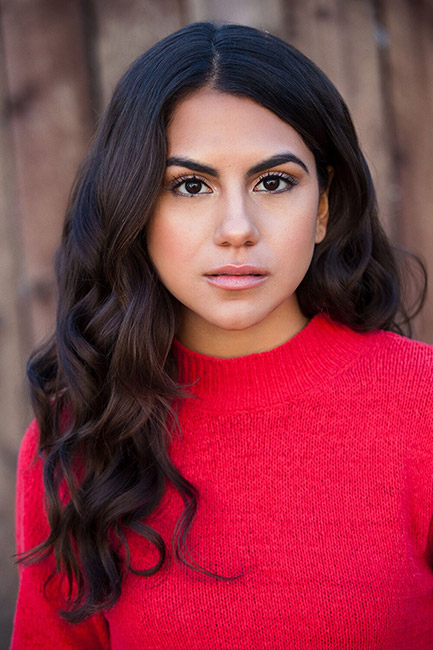 What we can expect of Jearnest Corchado in 2020?

In 2020, I hope to work on more shows and feature films that I am proud of. After “Little America” premiered, I’ve been getting more offers so hopefully, 2020 is a year of growth and walking with purpose. I am currently in preparation for my next film and in between meetings to discuss future projects. More details on that soon! I also love to write and sing my own songs so hopefully, I will get to release some of my music too. I’m open to being surprised by 2020 so as of now I’m just taking it one day at a time.

Empathy. I think my empathy towards others not only makes me a better human but also a better artist.

Being with my family. I am extremely close to my family and everything I do is to make them proud.

Traveling, I LOVE traveling. And singing and dancing! I probably sing more than anything in the world. Especially when I shower. Haha.

Idea of a perfect Sunday? I’m always studying lines. I’m usually memorizing lines, going to auditions, and if I get a chance I love doing yoga. A perfect Sunday for me is probably every Sunday I had as a child. I would spend it with my family, we would go to church, eat brunch and then go to the movies! I loved going to the movies on Sundays. I used to love our family traditions. We try to do it once in a while but my parents still live in Puerto Rico so its harder now.

I am always cheating. Haha. I love french fries and ice cream!

Probably JLO and my mother… which is basically JLO’s twin, haha no joke, she dresses like a celebrity. She is extremely fashionable! She inspires me every day!

Someone who is disrespectful or rude. I love gentlemen, men who open doors, who have values, who are intelligent and eloquent.

Wow, that’s so hard!!! Probably Selena. I would have loved to meet Selena. She was like an angel, bigger than life. I wish I would’ve had the opportunity of meeting her. I feel like we would’ve been friends. Haha.

My fashion style usually depends on my mood… I feel like its another form of expression for me…I like to play around, I don’t have a specific fashion style I like to sometimes be elegant and classy and other times feel cool, edgy, funky and rebellious so I definitely love all types of fashion styles… I don’t like to put myself in a box…

Social media is whatever you make of it. It can be good and it can be bad… it’s all about balance so as long as you have a good balance and you don’t make social media your entire life then you’re good …I think social media is just a tool, a platform…it shouldn’t be treated like bigger than life because it isn’t.

Favorite Quote: “And now here is my secret, a very simple secret: It is only with the heart that one can see rightly; what is essential is invisible to the eye.” -The Little Prince

Favorite Movie: “The Notebook”, “Parasite”, “How to Lose a Guy in Ten Days” and a bunch of horror film classics like “Freddy Krueger” and “Scream”. Haha.

Favorite Sports Team: Don’t have one.