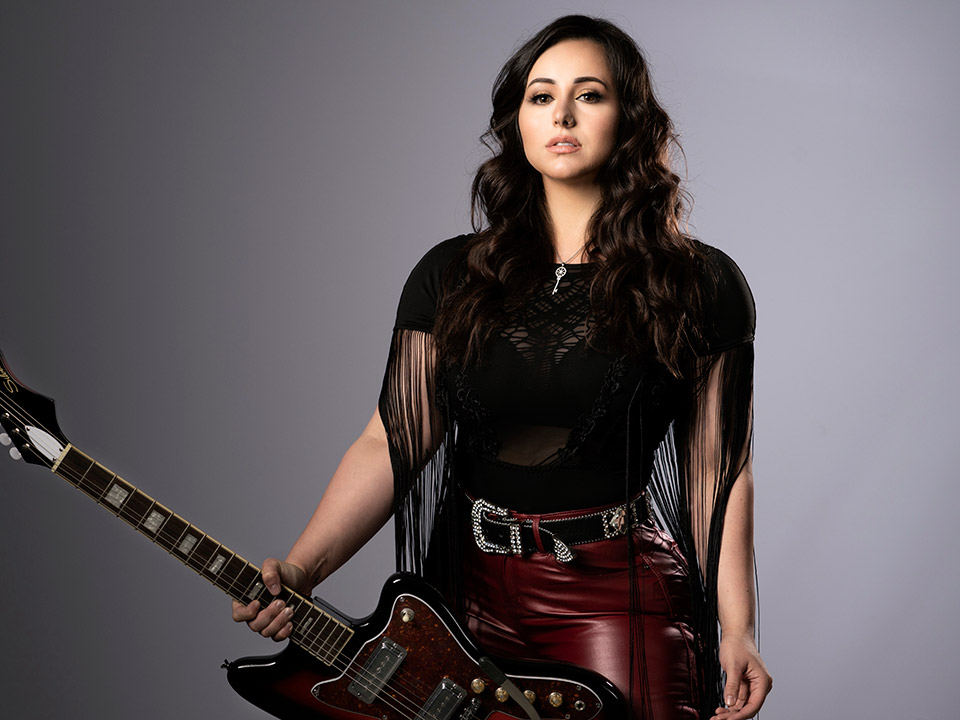 Check out our interview with international touring artist and NBC “The Voice” team Blake alumni Jesslee who just released her new single “How Do You Know” w/ Chris Moreno.

Fierce, silly & unboxable (not a real word but it is to me haha)

I started singing for fun at a young age because my grandparents were full time touring musicians and artists. I always loved it but never thought I had a chance making a career in it. Then one day I had a life changing, eye opening car accident that made me realize I wanted to start doing more things I love more seriously. I was inspired to finally write and release original music. I did a kickstarter campaign and thanks to my amazing friends, family and town I released a single with a music video that went viral and was later noticed by NBC’s The Voice and picked up by the show! After that, I used that momentum as a sign I needed to keep going, moved to Nashville and have been doing music full time ever since.

On a surface level I’ve been able to see the country and the world and have so many incredible experiences I wouldn’t have had if I was not doing music. But on a soul level, I’m so much more happy and complete getting to do what I love everyday and following a journey that’s in alignment with my purpose and passions.

I choose these words because I’m “hands on” nearly every part of my music. Being able to write, produce and perform my music has brought out an ultimate level of honesty I have not achieved until now. My music is more truthful and “ME” than ever. That being said, I’ve been influenced by so many incredible styles and genres growing up and I’m truly a melting pot “product of my environment”, musically. My music has seasons, just like life does… and I don’t want to make choices for a project simply because I’m trying to mold it to fit into a genre. I choose what I feel is best for a track in the end, regardless what genre that choice may lean into.

My grandparents were my ultimate influence and my mother was/ is one of those cool amazing parents who literally wants to support anything I’m passionate about and putting effort into.

I do! I play guitar and uke! 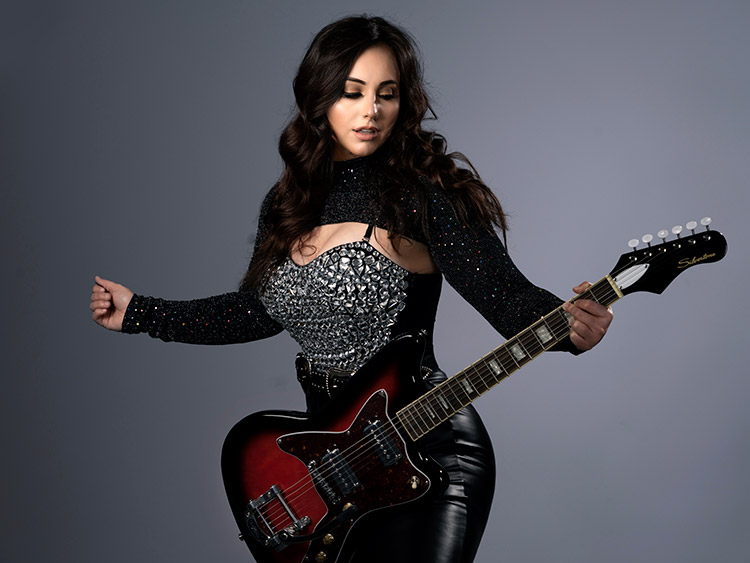 After the voice I stopped getting nervous before shows…. BUT almost always still get excited butterfly’s before I’m about to showcase or release a new track. It’s like I’m sharing a new page of my diary, haha.

Tell us about your new single “How Do You Know?”

Thank you for asking! My new single “How Do You Know” just released!!! This song was co-written by myself, Steve Virginia and Chris Moreno (also the co-artist on the track). I also produced the track with Steve Virginia 🙂

“How Do You Know” is ultimately about coming to a hard season with someone and opening up the communication lines to have hard discussions about what’s right for both people. It’s about being honest, and assessing if reigniting the flame is what’s right and if both people are going to put that effort in or if ending it is what’s best.

And about the success of your single “Chillbilly?”

Thanks so much for asking about Chillbilly, it’s truly one of my favorite tracks because it shows my silly side! It’s a newer single co-released with Ryan Robinette and Justin Champagne and has already hit over 600K+ plays between streaming platforms and the official music video on my YouTube channel. I do-wrote it with some heavy hitting Nashville writers (Jason Afable, Alex Pennington Smith, Steve Virginia and then Justin Champagne and 91 Thompson later wrote the rap after deciding to cut the song with me) and now, we just found out it’s up for a Hollywood Music and Media Award (HMMA) against legendary writer Diane Warren and William Shatner! I’m currently trying to find the red carpet outfit now because my manager just found out haha!

Now tell us about your experience in popular NBC’s The Voice and how the feeling to be part of team Blake?

The Voice was a great experience in the way that it really gave me that initial nudge I needed to really jump into doing music professionally. Working with Blake was super fun and he’s a great fella but working with Trace was awesome! He’s right up my ally with the dry humor! Most importantly (to me) it was also the first time in my life I had ever experience any sort of vocal coaching. I learned tips and tricks I still use today, and I’m super grateful for that. 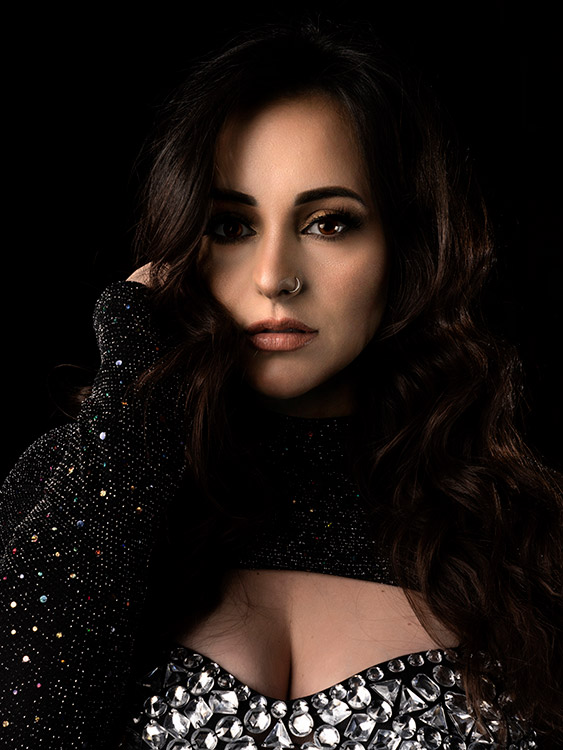 The most rewarding part is when I receive comments on posts saying a song resonated with someone. Ultimately I write what feels good and honest to me, with the hope that my truth can align with or comfort someone else going through something similar. To have received comments and messages that my song has moved someone, or simply brought them good vibes and a smile that day, to even being told I saved their life!?!?! …. it’s unreal to me that I could have a hand in someone’s emotions like that. Music is SO powerful and it’s so important to me that I release songs with an underlying message of love, with all the hate that’s out there today.

Great question! Think and Grow Rich by Napoleon Hill. Reading myself for the second time actually!!!

I’d say everything always comes down to stay true to you! And more importantly always make time for God. Life can get busy, and it’s easy to not make time for yourself or your relationship with Him… but find the time. You can have everything …. But if you don’t have those two important relationships, none of it matters in the end and you’ll still end up feeling lost and empty.

The advice I’d give to my younger self is stay the course and stay strong in Godfidence! He knows a way much better than yours.

“That’s Amore” haha! Reason why is because I’m a cornfed Italian just trying to live in love and bring light with the gifts God gave me!

Thank you for asking! Right now the team is getting ready for the award ceremony in a couple weeks! We’re also prepping next years releases already and story lining my music videos! There will be more music and videos than I’ve ever released before, next year! Also, prepping for some really incredible exciting announcements coming soon!

Italian sooooo totally pizza haha but if an authentic good carbonara is an option, I’m picking that!

I LOVE this question. It’s went you can take a deep breath, look around at all the intricate parts of your life and say “I am living a life that’s true to me”. Not for the gram. Not what other people want to see or expect… but living a life that truly makes YOU happy and is filled with purpose and God.

I’ve been so blessed to hit so many of my bucket list places around the world BUT one place I’m saving is Maldives for my honeymoon some day!

No matter how crazy this career or life gets, always stay close to God and you’ll never get lost or overwhelmed.

I founded a non profit organization called The S.T.R.O.N.G. Program! Covid unfortunately had to put a lot on hold with it, but I’m excited to dig back into and be relaunching it soon!

In 5 years I see myself headlining my own arenas but more importantly, my business giving more people (than I ever have) jobs! I love knowing that I have an opportunity to grow my business and what I love doing most, into something that can allow more people to do the same!

Book: You Can, You Will – Joel Osteen

Quote: “The way I see it, if you want the rainbow, you gotta put up with the rain.” – Dolly Parton

Movie: The Fox & The Hound

Travel Destination: Tied between Italy, Israel & Bermuda ! All were unreal incredible and so different! Like comparing apples to oranges … but I love both! Haha