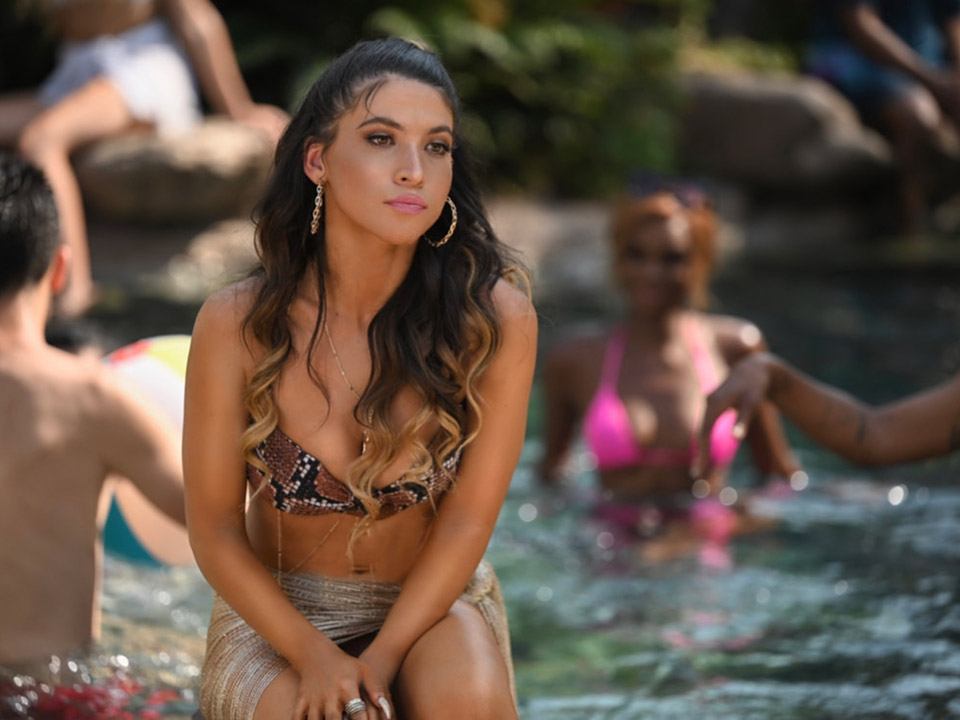 Check out our interview with artist, songwriter and pro dancer Gigi Vega who just released her latest hit single “Down Crazy.”

Gigi’s 2021 releases, include “Watchu Tryna Do” and “4 the Birds”, the former will be featured in an upcoming holiday feature film. Her Christmas song, “Mistletoe Kiss” appeared on the Soundtrack for a Netflix Movie “The App that Stole Christmas” and hit 10 million Tik Tok views.

Gigi Vega is a triple threat, who has also appeared in the ABC Hallmark movie “The Makeover”, alongside Julia Stiles and David Walton.

How has your family inspired you and your music?

I would always do little shows and auditions. My father is a jazz musician. He would play the piano, so I was always surrounded by music, and theater as well.

What or who inspired your song “Watchu Tryna Do?”

It just happened. Actually had it for a while, but was finally able to come back to it. Originally, the lyrics were supposed to be “ in the club”, instead of “in the crib”. But I had to make adjustments due to COVID 19

Talk about your producer on this song?

Jack London. He has worked with the Chainsmokers.

Where do you get your ideas for songwriting?

Melodies just come to me. Melodies come first for me. Lyrics come from everyday life experiences. I’ve always been into dancing and singing. It’s something that just clicked for me, but I got more into it once I started composing my own songs.

What charities are you aligned with and why?

What acting projects will you be involved with in the future?

I will be in The Drone That Saved Christmas. Production begins in March. After that, I hope the COVID situation improves, so I can be touring.

Who are your biggest influences?

Janet Jackson. Definitely into anyone who is super full out, and she is one of them.

What advice would you give to a singer starting out?

Don’t let anyone steer you in the direction of what they want you to be – it is not worth it, ever.

Talk about your training as a triple threat, what do you do to stay on top?

Just take a look at my Music video, it is all there. Acting, dancing, singing. I have trained in all three disciplines since I was very young. My dance training was focused on modern dance, but I am schooled in all disciplines. I have always been on stage or behind the camera, so it is second nature.

How do you take care of your voice?

Regular training, like an athlete. Lots of lemon and pineapple juice, as well.

If you could collaborate with another artist, who would it be?

Chris Brown or Jason Derulo. Dancer/singer like I am. Janet – anyone who is full out, as mentioned before.

What is on your playlist right now?

Who are you currently watching on TikTok?

Everything that comes across my feed.:)

When did you know you wanted to be an entertainer?

Never thought about anything else. I was on stage from an early age. I made the move from stage to commercial work in my teens. Once I learned how to write solid music, I knew I wanted to record music. It was a process. I spent hundreds of hours in the studio as a kid.

What artist did you admire as a child?

I pluck out notes on the piano and guitar to help my melodies. Had many lessons and music theory, but I won’t be accompanying myself just yet.

I like more tropical vibes, or casual, put together vibes, but I always like to switch it up. I can be glam or a Tomboy. Get a girl who can do both.

What do you do to relax?

I love fashion, always putting fashion pieces together. I learned to sew as child, went to classes and camps for years. I was one of those kids who got a new shirt, and then I would go to my room and change the shape and design. I love listening to music and writing. Honestly, writing is my happy space.

What other businesses do you plan on starting to promote your brand?

I am very into sneakers and shoes. I have so many different designs in my head that need to come out.

What’s the one thing you think everyone could do to make the world a more positive place?

Less judgment of others, especially strangers.