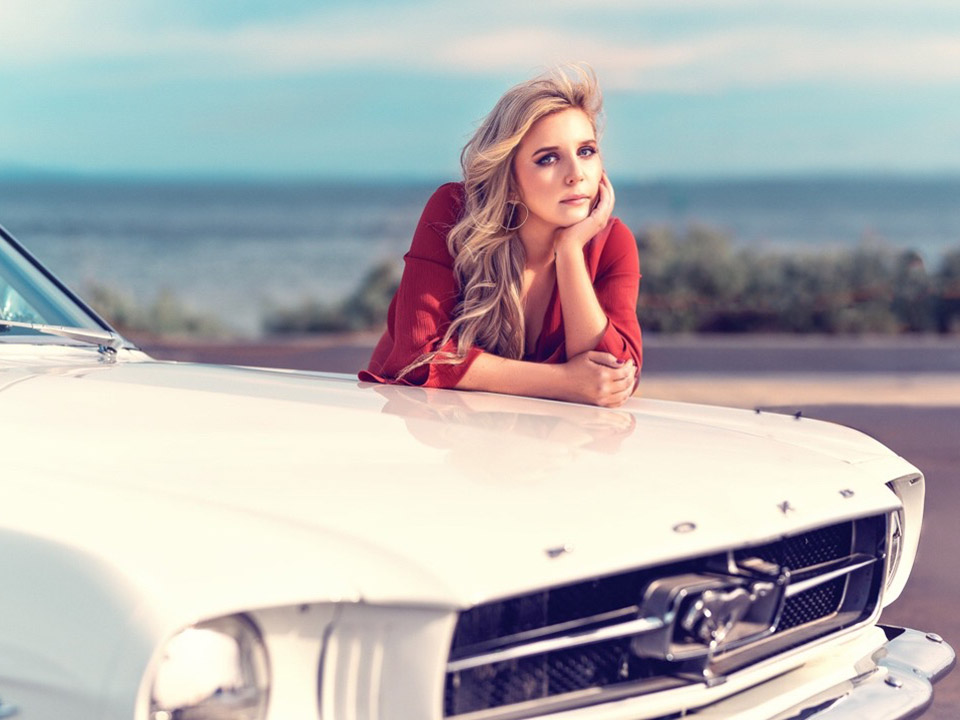 Check out our interview with Aussie singer/songwriter Jasmin Bade who just released her new single “X’s & Y’s” today. Bade co-wrote the song with Emily Kroll who penned the No. 1 hit “Just About Over You” by Priscilla Block. Additionally, the track was produced by Steven Martinez (Pentatonix, Lionel Richie).

Dubbed as “one to watch” by the Nashville Songwriters Association International for her debut single “I’m Fine,” Jasmin Bade hit the ground running when she touched down in Nashville straight out of college. Bade’s debut single reached radio play in over 50 countries and landed on key Spotify playlists such as New Music Nashville.

Hi Jasmin! Please tell us a little about you.

I’m from Melbourne, Australia but I live in Nashville, Tennessee. I’m a country music singer-songwriter and an avid baker!

I heard the Australian singer-songwriter Kasey Chambers singing on her album, The Captain, when I was 6 years old during Christmas, and fell in love with it! I couldn’t stop singing and started learning guitar within the year. I sang every chance I got; in school musicals, talent competitions, when swimming in the ocean even! I couldn’t stop and from then on I always knew it was what I wanted to do.

As well as Kasey Chambers, Taylor Swift has been a big influence on me. Her storytelling technique was so advanced for someone so young; especially on her Speak Now album that she wrote on her own. I had already started writing before I discovered her music, but to see someone so young become so successful and basically singing their diary entries in a more refined way was really inspiring to me. I loved how country music was always about telling some type of story and I guess I didn’t mind that none of my friends were into it because I loved it so much.

I play guitar, the piano a bit and the trombone! I was actually quite good at the trombone and played at a national level in high school.

Tell us about your new single “X’s & Y’s.” What’s the story behind the song?

I would come out of these relationships, and so would my friends, and we would look back a while later and think.. “Why did I even date this guy in the first place?” I think everyone has an ex or someone in their life that in hindsight, seems like a huge mistake. And there are so many sad songs about being single, when in reality, more and more people are choosing to stay single for longer and longer every year. So I wrote “X’s and Y’s”, because we’ve all been through it, and now all there’s left to do is laugh about it!

How was working with Emily Kroll?

Emily was one of my very first co-writers. I had just moved to Nashville and I met her at The Listening Room. We became fast friends and now we write together all the time. I’m so happy she’s getting known around Nashville for her writing now because she’s been killing it for so long. We always laugh a lot and come out with something great!

Honestly, the most rewarding part is seeing and hearing my audience react to my music. Whether I’m playing live and they cry or laugh and cheer, or someone messages me on instagram or sends me a video of them and their friends singing my song in the car – just to see that my music affects them emotionally is a feeling I can’t quite put into words.

What would you say are the greatest lessons you have learned so far?

I’ve learned, especially in the last year or two, that the only person that can make me happy, is me. Unfortunately, in life, people will always come and go and you can never quite know when that might happen. People might not meet your expectations and sometimes people might exceed them beyond belief, but at the end of the day it all comes down to you. And you’ve got this!

I actually asked, because I didn’t quite know. And she said, “You always know what to say and are always brutally honest, but in the best way. If you know the truth is really hard and you’re gonna struggle, then you’re gonna say that. You’re not gonna say ‘aww, everything’s gonna be fine.'”

And I bet she’d also say, “she’s always late,” because I am!

Even to this day, this song still hits me so hard. I’ve seen people in this industry and in others achieve incredible things and still not feel ‘fulfilled’. Somehow I think I was lucky enough to learn at a young age that you’ll never be ‘done’. And lately I’ve really been trying to enjoy this journey I’m on even more than ever. Because if I do someday win that Grammy or sell out an arena tour, I know there will still be more I want to achieve. So, I’m doing my best to enjoy it while I do it.

Who knows! The music never stops, but let’s get through this single release first!

I’d never call it a ‘cheat’ food, but peanut butter! Eaten by the spoon!

Being challenged in my job but loving it, and having a great balance between work life, social life and home life.

I would love to meet with my grandfather who passed away when I was 3 years old. He was a Holocaust survivor, and due to him passing when I was so young, I feel I never really got to know him.

All you can do is YOUR best; and if that’s what you do, then no one could ask for anything more.

Hopefully I’ll have released a lot more music and be touring with all my own songs!

All Too Well by Taylor Swift. It’s my favorite because everyone’s been there. When you just can’t seem to forget about a relationship that ended. And it has my favorite line in it; “so casually cruel in the name of being honest.” I could go on and on about that line. It’s just perfect.