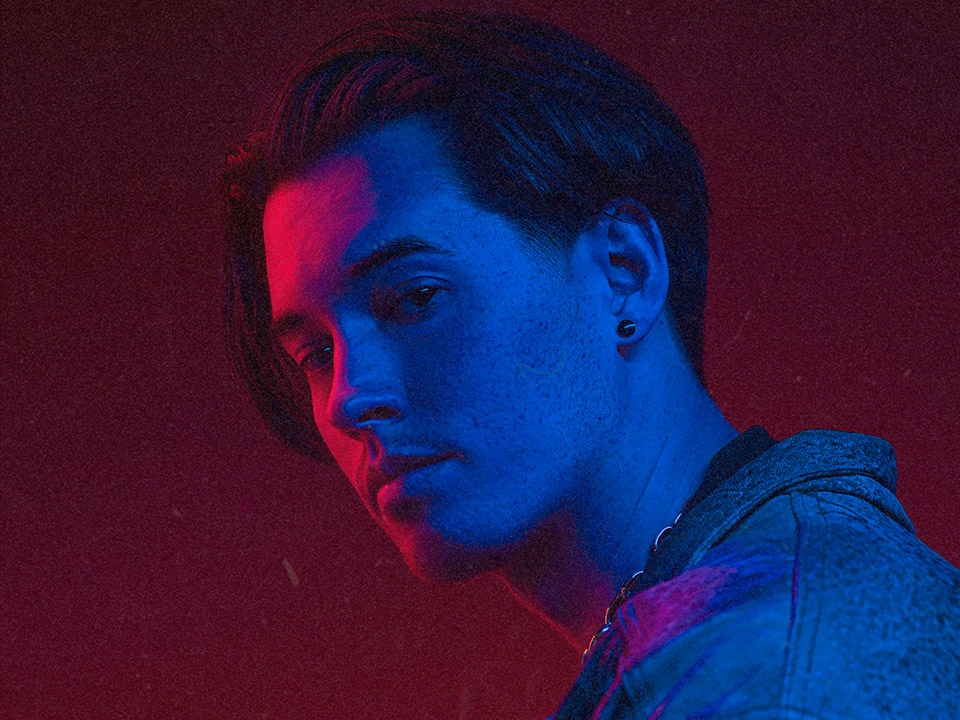 AIRPORTS is Australian DIY pop artist Aaron Lee. After taking on two life threatening illnesses and the ups and downs of being a full time creative, AIRPORTS is an avid voice for personal development mental health. With his eyes set on influencing listeners while travelling the world, the Sydney dwelling artist isn’t afraid to take a non-conventional approach, further fortifying his unique sonic identity by defying & blending genres of hip hop, punk, electronic and pop. Taking care of writing, singing, production and engineering all himself, AIRPORTS is an independant pop force to be reckoned with.

Following the release of the dreamy lofi-pop banger “Don’t Sleep Anymore”, AIRPORTS released the new hit single “U FEEL IT 2”, written with the intention to be interpreted as either a love song about someone who makes us feel free, or a dark song about a vice that keeps us trapped. Aaron confides, “It started out being written as a song about a haunting relationship with depression in contrast to uplifting music, but when some of the lyrics started to spill out I realised I was also writing about positive romantic feelings for my partner. At that point I was emotionally overwhelmed and realised this song has a great dualism.” Sonically the track features seductive synths, cascading, luscious harmonies and silky vocals, oozing with sincerity and vulnerability. Paying homage to some of his bigger modern day influences in LANY, Troy Sivan and Lauv – AIRPORTS has positioned himself to the upper echelon of melancholic males with “U FEEL IT 2.”

Hi Aaron, please tell us a little about you?

Hi! I’m an Australian DIY pop artist. I sing, write, produce and mix my own songs.

My late mother. She was a silent giver to others, full of compassion.

Out of necessity. Music is my passion, I didn’t want to do anything else, I didn’t have an inheritance, fallback or further education so I had to figure out how to make it work for me.

Nope, just learned from my dad to start with, then self taught songwriting and producing.

Hard to narrow it down to just one person, but my first big music influence was Michael Jackson. His works were out of the box, incredibly catchy, moving, excellent, iconic.

Definitely, and i overcome it by pushing into the confident artist ‘character’ I want to be known as. Even if in some moments I don’t believe I am. That’s the only way to truly become confident sometimes. Relearning.

Have a bigger voice, for many reasons.

Now tell us about your new single “U FEEL IT 2?”

I wrote it as a song that can be interpreted in 2 ways – as a love song to someone significant that has a way of captivating us, or as a song about our relationship with our vices / something that keeps us trapped.

Define this song in one word:

Why the name AIRPORTS?

Originally AIRPORTS was a duo with my drummer, and we are from different states so someone always had to fly to the other. But it’s also a good metaphor for the journey we’re all on.

At the moment due to the unfortunate state of the world I am just waiting it out before I focus on shows again. There’s more important things at hand.

What we can expect of Aaron Lee/AIRPORTS in 2020?

This week, “Malibu” by Kim Petras.

Peace or knowing I did something which significantly benefited others.

Any loves other than music/acting?

I’m not an actor, but maybe I’ll look into that later in life! haha thanks.

TBH Right now I’m extremely concerned with what’s going on regarding racism. As ugly as things are looking, I think this is a positive change the world needs – people of all races standing up against it. The good news is there’s hope for a shift in society because finally all people are starting to unite together.

This week – wake up and watch too much information online, get upset about the world, eat & sleep. Haha!

Other times, mostly just work on my music and business and communicate a lot with friends.

A few years ago I would have said “playing a show” but now I think it’s spending time with loved ones.

Although playing shows again would also be fun.

Orange Juice or Tofu. Not together lol

Michael Jackson. The creativity and innovation.

Further along in my purpose (music & helping others), with better focus and better relationships with family and friends.

One of the most empowering tools for humanity.

Massive thank you for having me! 🙂

Quote: “Your greatness is not what you have, it’s what you give” – unknown

Sports Team: I am the least knowledgeable person on sports so I’ll sit this one out, haha!